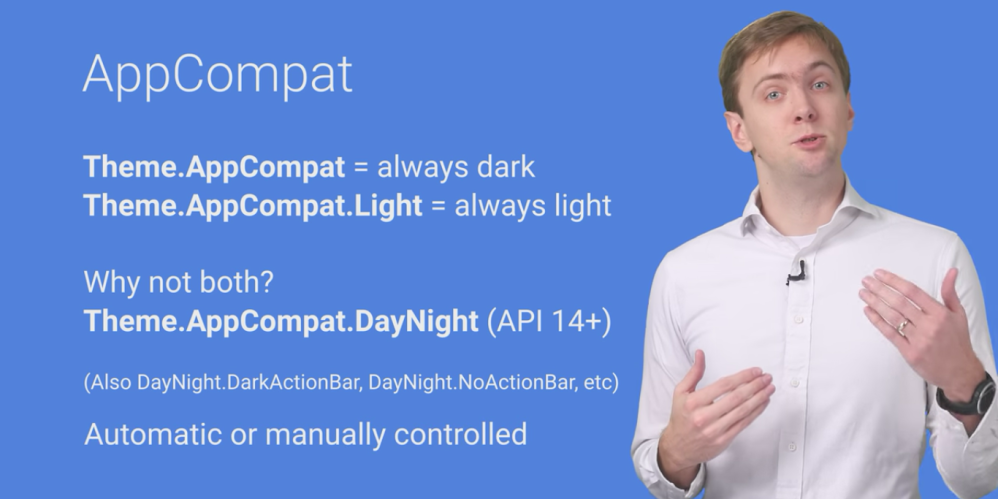 The Android Support Library was updated to version 23.2 today and adds features that make APKs smaller and has new design elements for developers to use. The most notable addition is the ability to make apps automatically switch between a day and night mode.

The new DayNight theme allows apps to easily support a Light and a Dark theme and have them automatically change. Specifically, the time of day and a user’s last known location would be used to automatically switch between the day and night modes. Due to the nature of the Android Support Library, apps running on devices as far back as Ice Cream Sandwich would have access to this feature.

Updates to the Android Support Library usually coincide with more major OS updates. It would make sense for the automatic themes to launch with a system level dark mode. Such a mode was seen in the Android M Developer Previews, but was removed from the final release version.

Late last year, a rumor purported that Android 6.1 would introduce split screen support for tablets. Google has been working on improving the Pixel C’s performance since launch and promised an update was coming soon. It’s highly possible those optimizations would launch as part of Android 6.1, along with a user facing feature like a system dark mode. 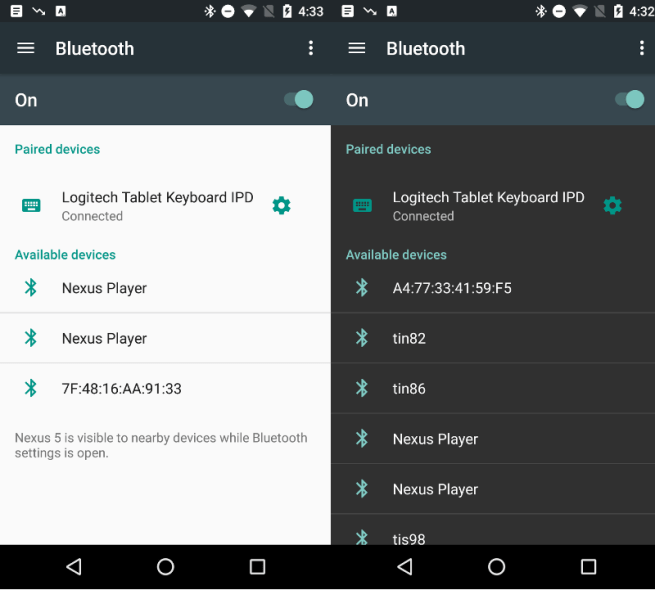