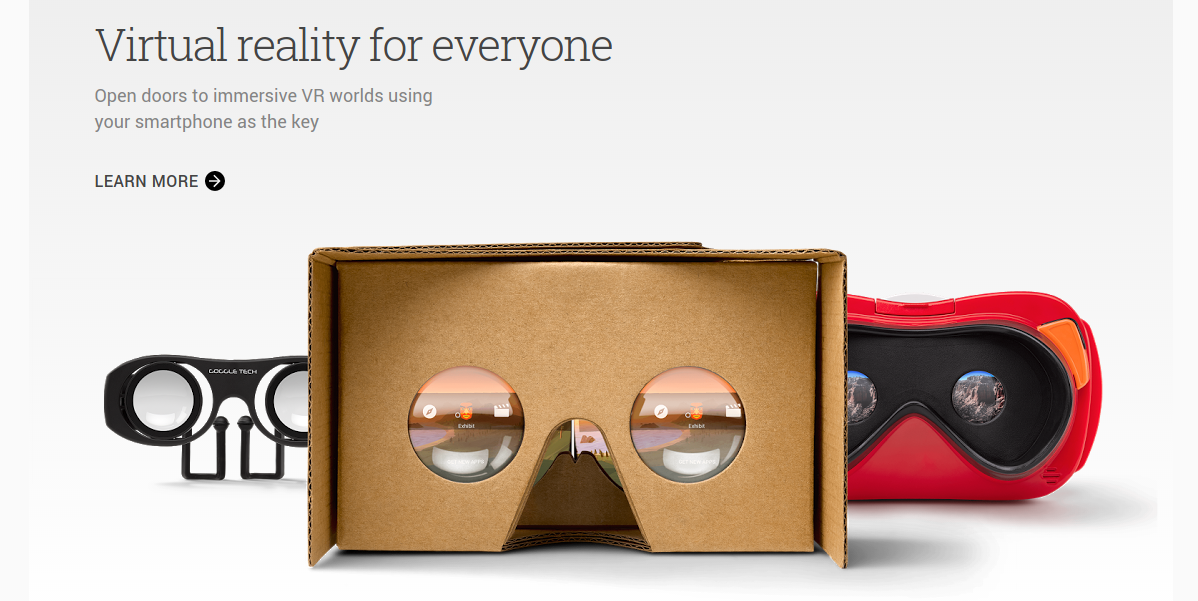 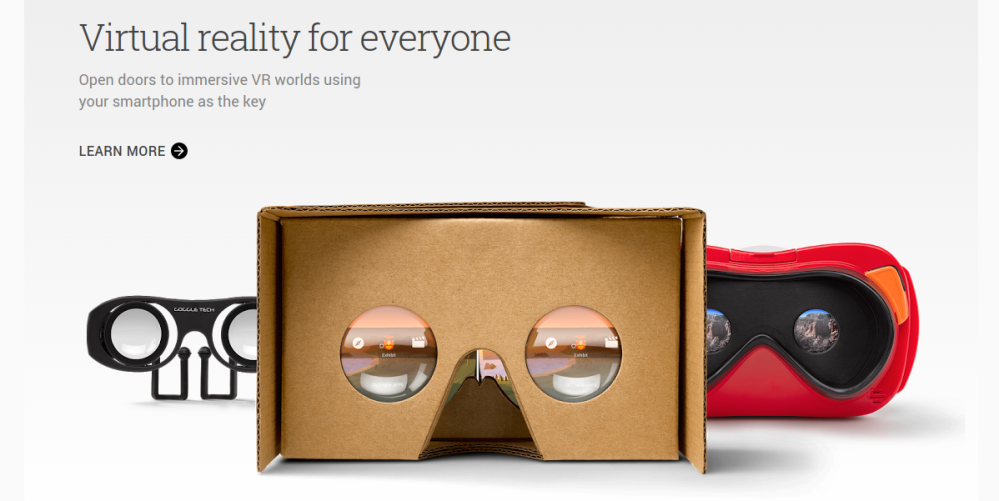 The Google Store has added a virtual reality category and is now selling various Cardboard viewers. In the past, the Google Cardboard site only listed links to several companies selling compatible headset.

Three models are available for purchase with more likely being added in the future. The cheapest Cardboard compatible viewer is made by Goggle Tech and clips on to your smartphone. The C1-Glass VR Viewer looks similar to a pair of glasses and is likely the lightest VR solution out there. It costs $14.99 and comes with a carrying pouch.

Next is the Cardboard viewer that Google usually gives out at events. The 2nd generation Cardboard supports phones with screen sizes ranging from 4-6 inches and works with Android and iOS. This model is as close as you’ll get to an official Cardboard viewer from Google. They start at $15, but the store is selling a pair for $25.

The last model is the Mattel View-Master VR that launched last year. The modern take on the old View-Master comes with a sample reel of content and is aimed for kids. At $30, it is the most durable unit out of the bunch. Earlier this month, Mattel announced an updated version with better optics and an audio jack. However, the new model won’t be available until later this fall.

Google is rumored to be working on their own Gear VR-like headset, as well as a standalone VR headset that would combine technology from Project Tango. The plastic viewer might be available as early as Google I/O in May and the standalone headset could be released by year’s end.