Google+ may not be the biggest success ever (and its recent redesign doesn’t seem to be doing it any favors), but Google’s apparently not done with trying to break into the social space. A new product called “Google Posts” has started adding announcements directly to search results, and those posts only come directly from a certain group of people with special access to the “experimental” service…

Google describes the project as an “experimental new podium” and considering the current election cycle and the use of the word podium, I assumed that this was just for politicians. One would assume I’m right if they go to the Google Posts site and find this phrase: “Hear directly from the US presidential candidates in real time on Google”. But alas, other important figures seem to have profiles already. 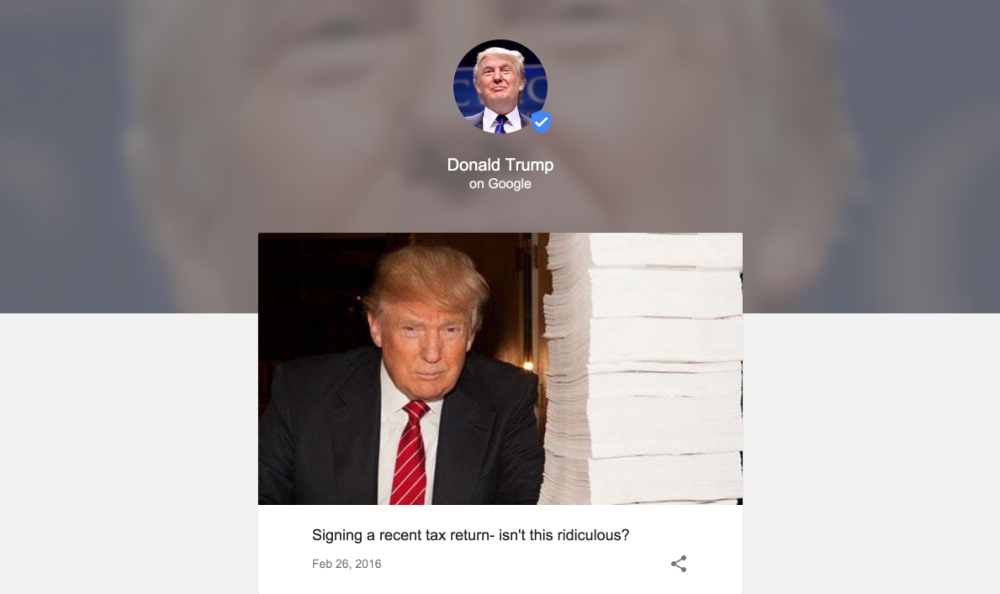 As noticed by ArsTechnica, a company by the name of Andrew Jewelers in Buffalo, New York seems to have a Google Posts profile, which at the moment has five total posts. Searching for Andrew Jewelers isn’t showing the posts for me (nor is “engagement rings buffalo”), but one Mike Blumenthal found the page. Google says that Posts is only available to “2016 US presidential candidates”, but that the lowlier of us can join a waitlist for when the company makes it available to “other prominent figures and organizations.”

Read more at the Google Posts site, and let us know in the comments if you run into Google Posts accounts for other people. They’re formatted almost exactly like Tweets in search, but they have a share button that allows you to essentially reshare the post on Facebook, Twitter, etc. I’ve not been able to get the feature to pop up on desktop yet, but it’s clearly showing up for some people.