Marshmallow adoption has nearly doubled in the past month as large OEMs like Samsung have released Android Marshmallow to last year’s flagship devices. LG did the same on multiple US carriers for the LG G4 and even G3. These numbers are compiled from Android devices that accessed the Play Store in a seven day period ending on March 7th.

Interestingly, Marshmallow’s boost does not come at the expense of Lollipop which jumped to 36.1% from 34.1%. In fact, Android 5.0 and 5.1 Lollipop is now the most widely used version of Android with KitKat falling to 34.3%. Jelly Bean is down to 22.3%, Ice Cream Sandwich to 2.3% (tied with Marshmallow), and Gingerbread to 2.6%.

The only chance for adoption of Android 6.0 to increase seems to be with launch of the latest flagship devices. Additionally, Sony began pushing Marshmallow to the latest Xperia devices around the world yesterday. 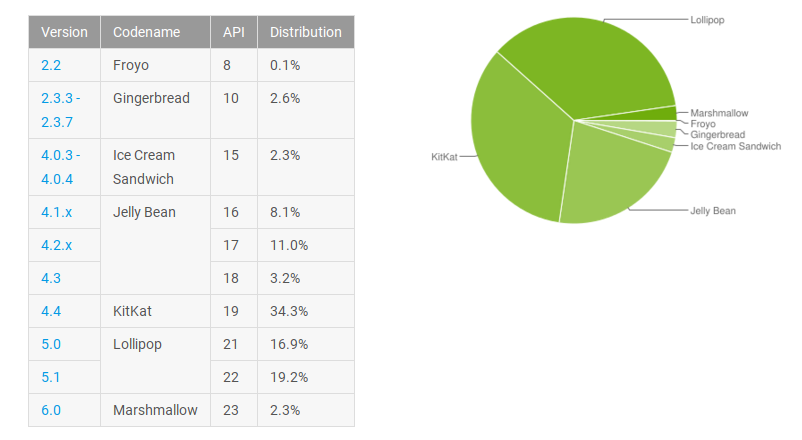