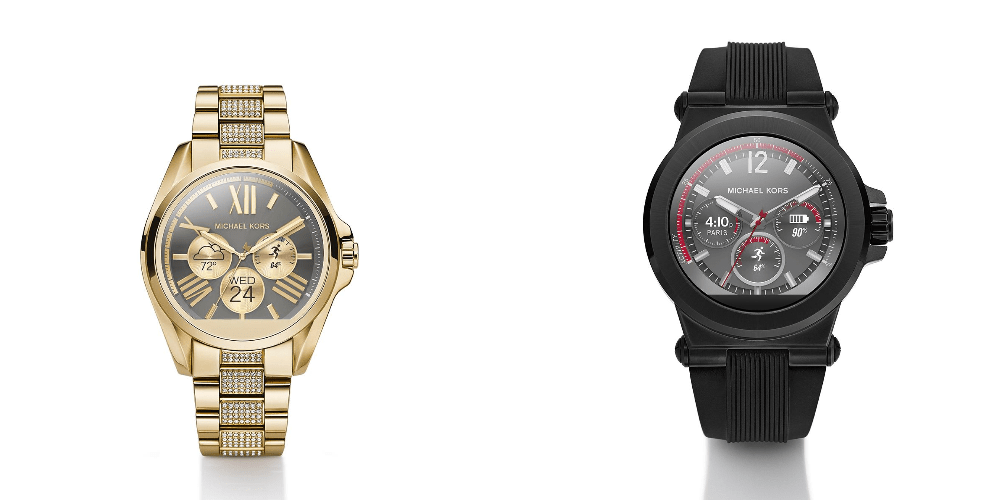 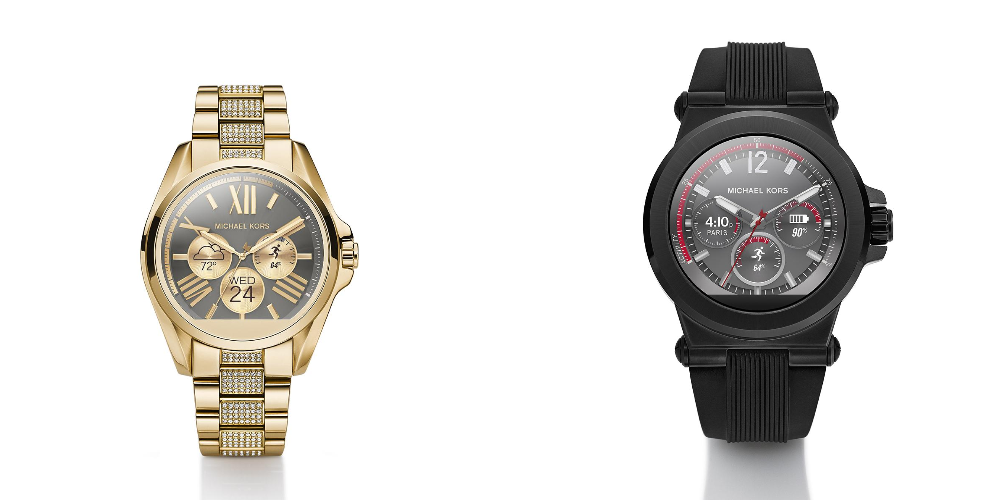 Specs-wise, not much is known about the devices. The gold watch appears to have jewels encrusted on the strap, while the black model sports a silicone wristband. Michael Kors aims to have a full line up of watches in different styles for both men and women in the fall. They will be sold in Michael Kors stores, online, and in select department and specialty shops.

As the Michael Kors watches were announced alongside devices from Nixon and Fossil this week, we can assume they will have an Intel or new Qualcomm 2100 processor, 512MB of RAM, and 4GB of storage. The watches will feature “exclusive Michael Kors display faces” that will come in a variety of digital and chronograph styles. Interchangeable leather and silicone wristbands will be available with the watches.

The announcements coming out of Baselworld 2016 show that the smartwatch is very much following the same path as mobile phones. Many traditional watchmakers are making one to stay competitive and are using Android Wear, rather than invest time and effort on building their own OS that would lack an ecosystem.