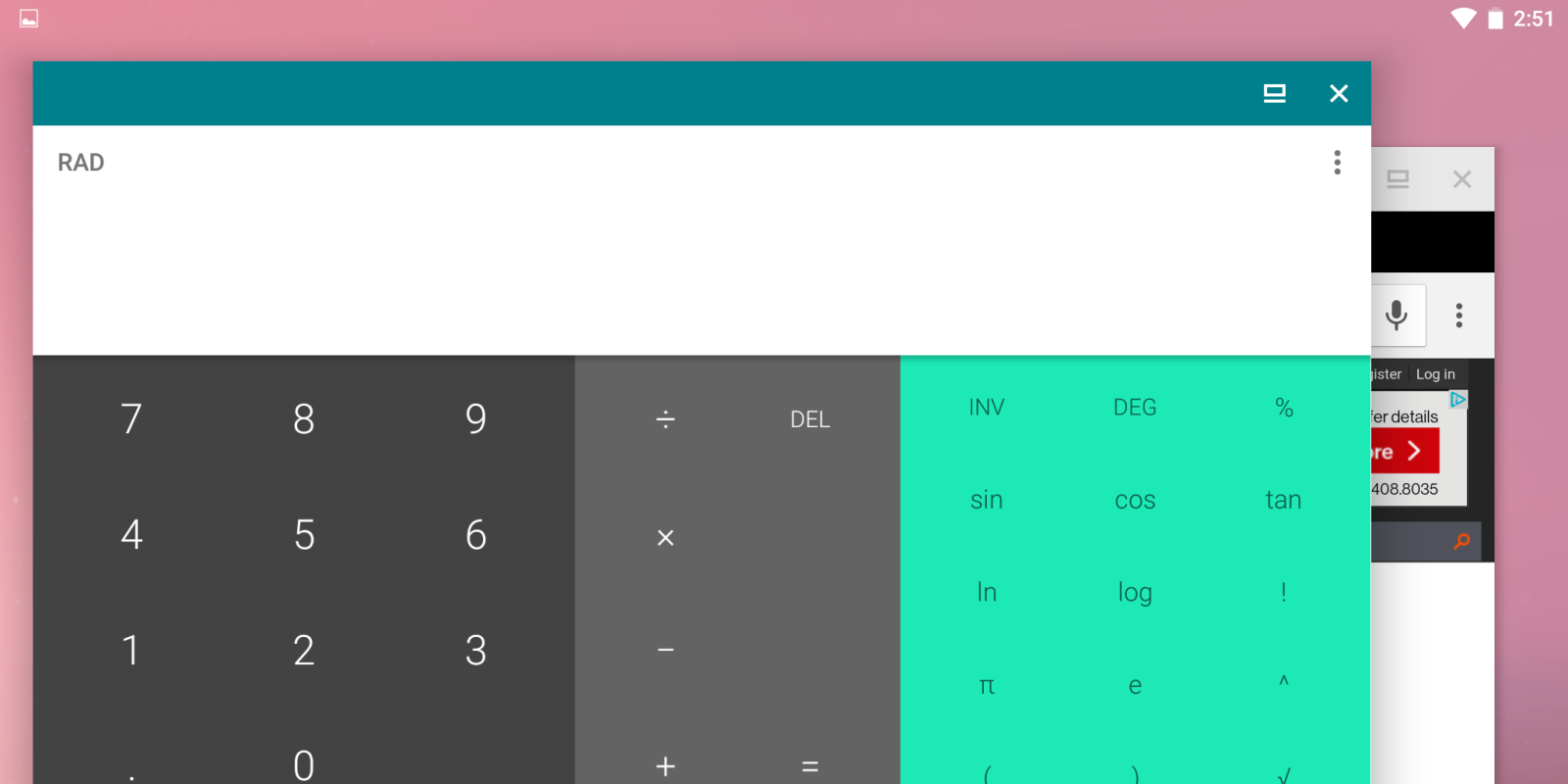 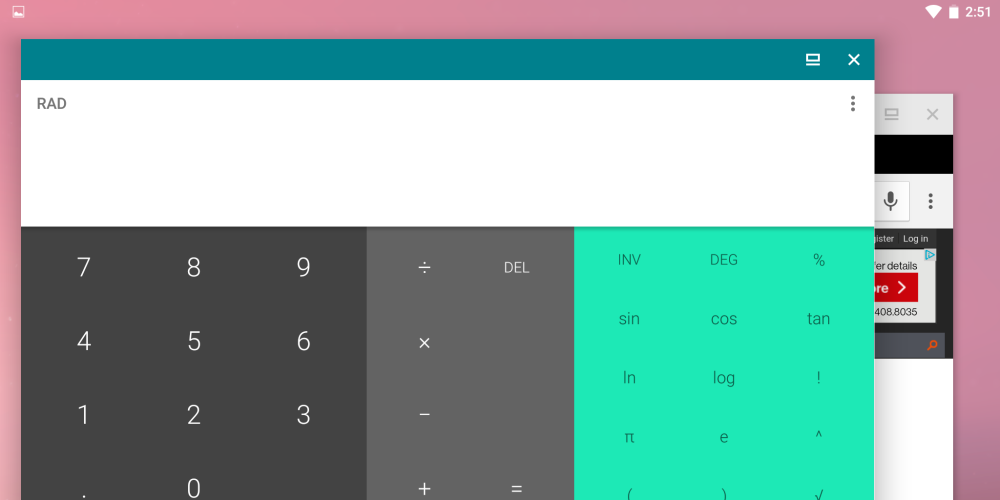 In case you hadn’t heard, Android N adds a split-screen mode for phones/tablets and picture-in-picture for Android TV. As previously reported, it also has code references to a freeform mode that allows users to freely resize an app. Now, ArsTechnica (via developer Zhuowei Zhang) has managed to enable the mode and it reveals a very desktop-like UI…

As you can see above, the Android home screen is not replaced by a traditional desktop, but rather apps of various sizes live in a window view. When freeform is enabled, users can open apps as resizable windows by going to the Recent Apps view. Each app tile has an additional button next to close that opens the app as a floating window.

Apps can also be dragged via the tile bar and resized horizontally or vertically, like in any traditional desktop OS. Users can add more apps to this view by going back to the Recent view, and the floating apps open in a window are saved together as one tile in multitasking and can be easily returned to.

If you want to see the feature, you’ll have to flash a custom recovery, connect to ADB, and enter a command line prompt to activate freeform windows mode. The mode runs best on a device with a large screen and plenty of RAM. Hopefully, freeform mode will launch with Android N; it may be a ways off, but Google seems to be laying the groundwork for Android to run on more than just phones and tablets.