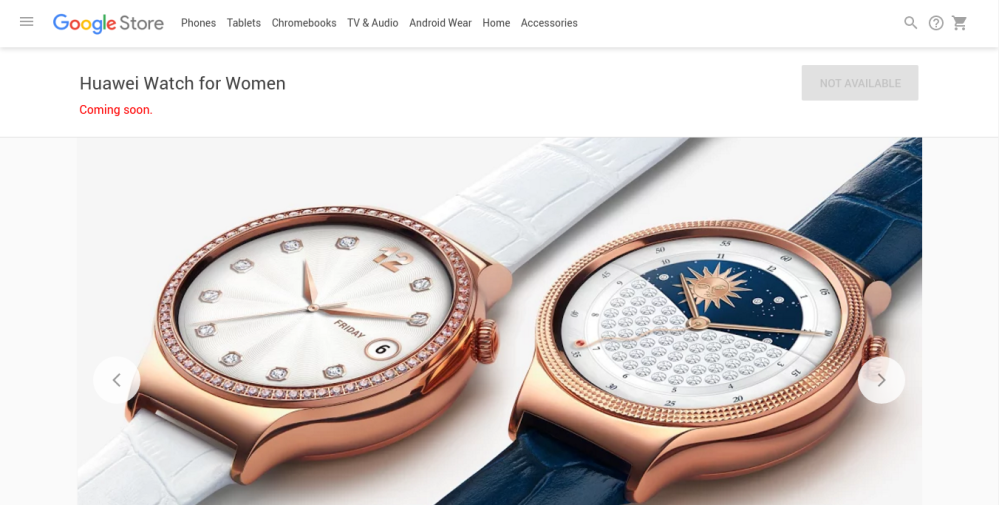 Announced at CES and spotted last week, the Huawei Watch for Women now has a Google Store listing. While not yet available for purchase, it confirms that the watch will be available to purchase in the US sooner rather than later. Additionally, the Marshmallow Android Wear update for the Sony SmartWatch 3 is finally rolling out today.

Usually “for Women” watches are smaller, but the Jewel and Elegant are both 44mm as opposed to 42mm. They compensate for their slightly larger size with a thinner bezel. Both watches are plated in rose gold and have a sapphire crystal display. Additionally, the bezel of the Jewel features 68 Swarovski crystals and is paired with a white 18mm leather band. The Elegant forgoes the jewels for textured bezel and blue leather band.

Prices have yet to be announced, but expect to pay a premium for devices that are otherwise exactly the same as the original Huawei Watch.

Android Wear 1.4 with Marshmallow was announced late last year, but was not released to other devices until February. While all other Wear devices have received the OTA, Sony’s SmartWatch 3 had been left out. According to a Google developer advocate, the OTA has started today and all devices should receive the update within a week.