Traditionally, when it comes to Android developer previews, Google only makes the pre-release software available to the Nexus smartphone and tablet lineup. This year, it’s already broken with tradition by releasing the first developer preview of Android N earlier than usual, and it could throw another curve ball by making a version available to non-Nexus owners.

Thanks to a discovery by Redditor, FUNExtreme, we see that digging in to the code the developer preview ‘program overview’ page, there’s a reference to other OEMS. It seems to suggested that — later in the preview — more devices will be supported, including those “from OEM partners”.

It’s worth noting, this could very well be Google playing games with us. After all, it’s not unlike the company to troll us with ‘hidden’ suggestions or information leading up to a major software launch.

It’s also worth noting that it could be a simple reiteration of what the company already told us; that it will be releasing Android N dev preview to OEMs for testing sooner than usual.

When the first developer preview was announced, the company announced that a public beta would be starting later on in the year, and that OEM partners would get earlier access to testing. This doesn’t necessarily mean that customers using these non-Nexus phones will definitely get beta access. Rather, just that manufacturers get to test it earlier than normal, with the aim to roll it out quicker. 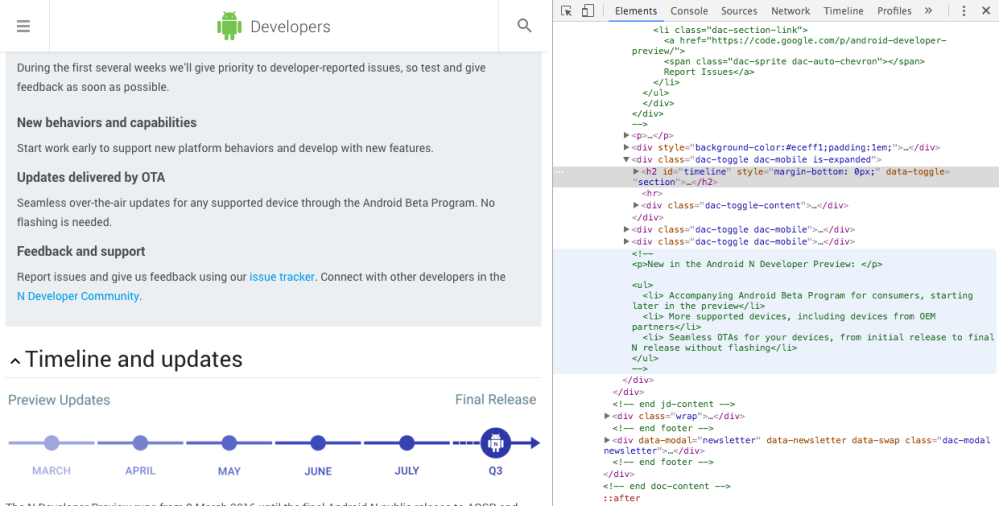