Verizon released an OTA update today for the Samsung Galaxy S7 and S7 Edge that adds some minor features and fixes several bugs. However, users have noticed that the update also installs a service called DT Ignite that allows carriers to quietly install bloatware. This addition went unmentioned in Verizon’s release notes, but fortunately is easy to disable.

This is actually not the first time DT Ignite has been in the news. Back in December of 2014, owners of Verizon and T-Mobile devices noticed that previous deleted carrier bloatware apps would reinstall. DT Ignite is designed to download carrier bloatware after a device activation, factory reset, or system update. By installing after the fact, carriers can better target and monetize users.

Reporting done by Droid Life at the time revealed that these bloatware installs do not count against a user’s data cap. These practices by carriers were shady then and are still so today. While we do now know what DT Ignite does in the present day, the past tells us to be on the safe side.

Fortunately, users can find the service in the app list and disable it. Users may need to enable the “Show system apps” option under “More” in order to have DT Ignite show up.

If there is one complaint about an otherwise excellent showing from Samsung this generation, it is sheer the amount of bloatware apps and their annoying notifications that are a result of corporate partnerships. Verizon is normally the worst offender, but other US carriers do these kinds of things as well. 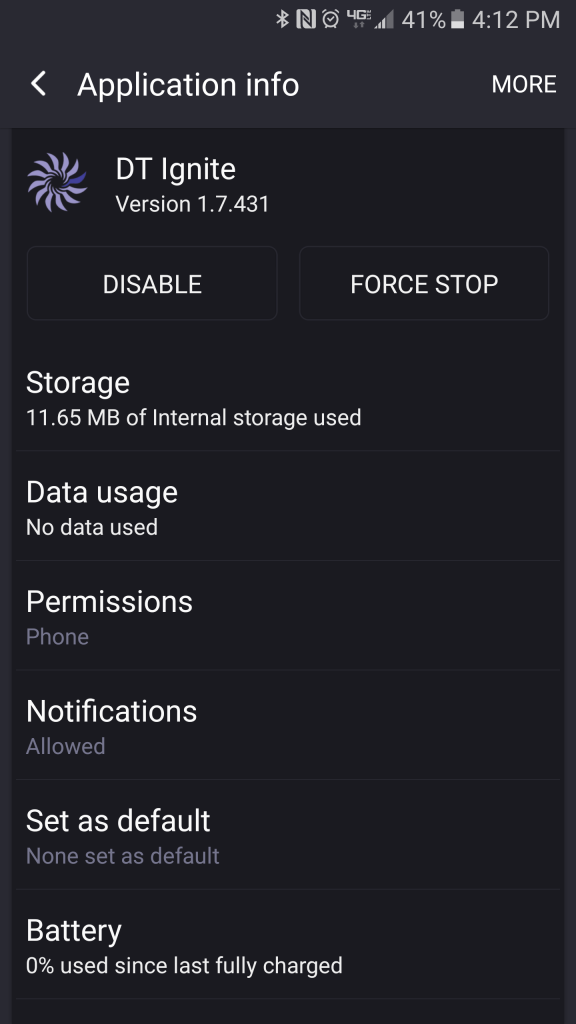