This is Google’s proposal to address emoji gender inequality 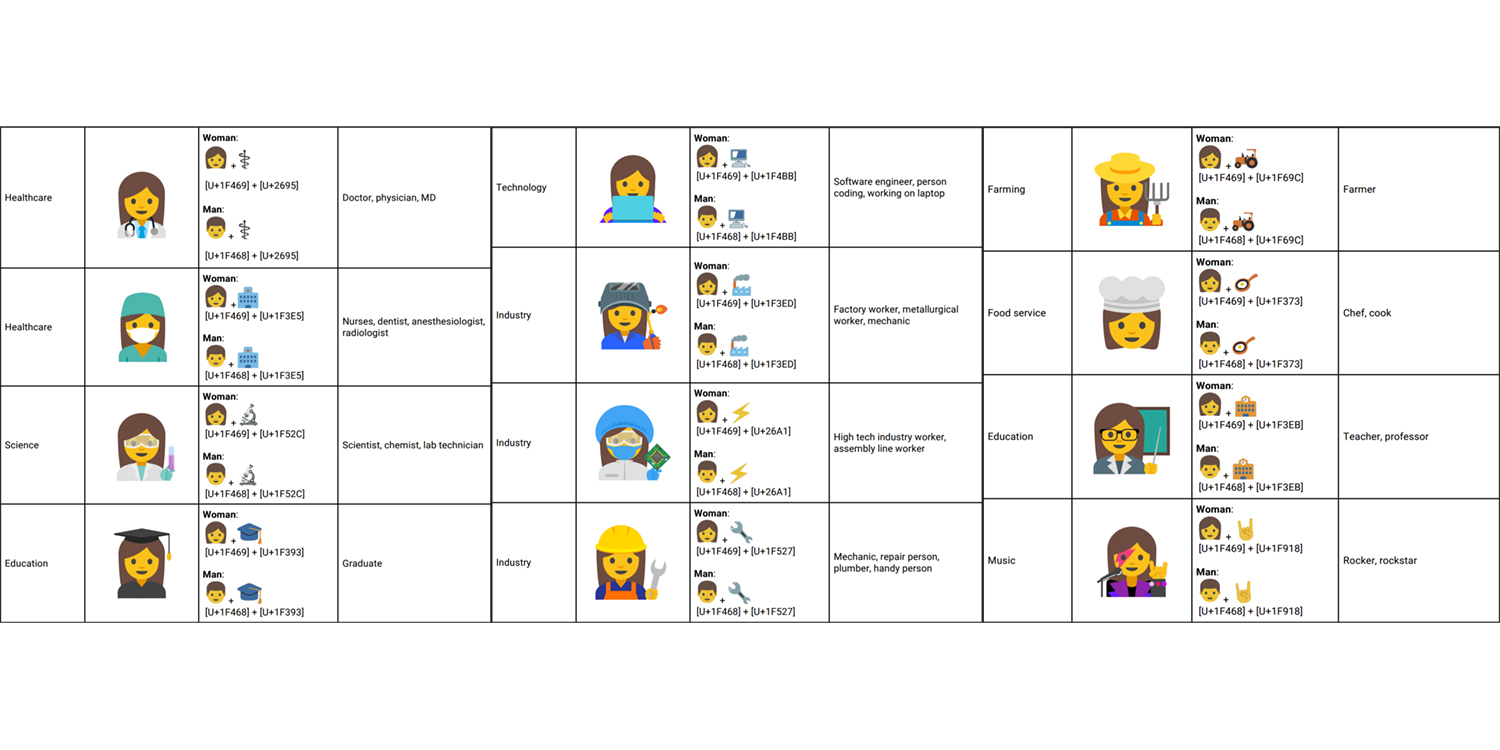 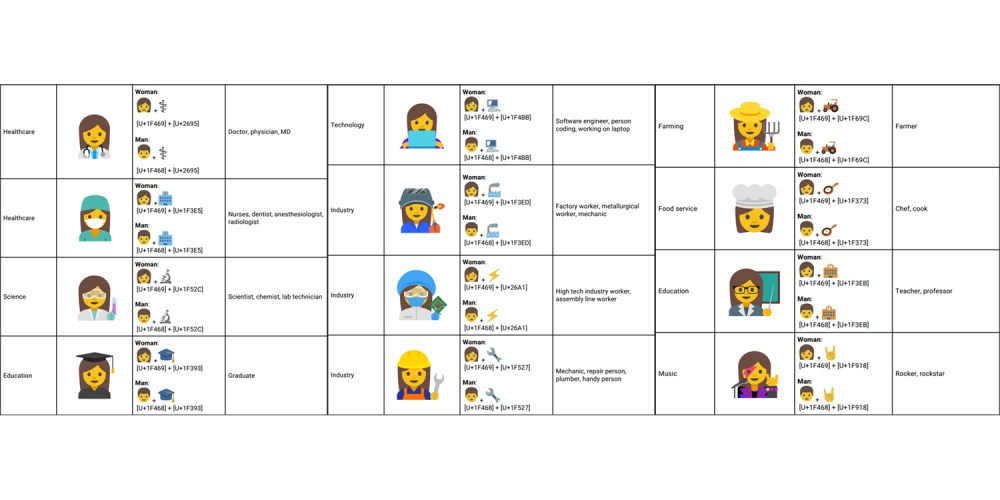 As messaging becomes an increasingly more important part of our daily lives, so do the particular languages that we use to communicate on our digital platforms — and few “particular” things have become as influential as emojis.

However, up to this point, most of them have been designed with generally male-like physiognomies, and to address this issue, Google has proposed that Unicode add up to thirteen new emojis to the existing characters to “highlight the diversity of women’s careers”…

Last year, in fact, the Consortium decided to both broaden the set of skin tones of emoji’s characters (to better reflect the diversity of races) as well as introduce altogether new ones like those representing same-sex families.

The idea of Google’s team is in fact set to include every individual, including those who do not identify themselves with a particular gender.

“We suggest decoupling the gender-neutral representation of emoji from this proposal. We would encourage other members of Unicode to join us in creating a system of emoji design that can accommodate a broader gender spectrum,” the proposal suggests.

“To make our final selection, we looked at the primary, secondary, and tertiary categories that compose global GDP — Agriculture, Industry and Services — and further broke them down categorically based on global popularity, growth, and overall representation,” the paper reads.

The process of turning these projects into reality often sees ideas stumbling into a multitude of issues, which means that the targeted “end of 2016” may well see its deadline missed. However, with Google’s back — as well as the Consortium’s very own president — it would seem fair to expect it to succeed.