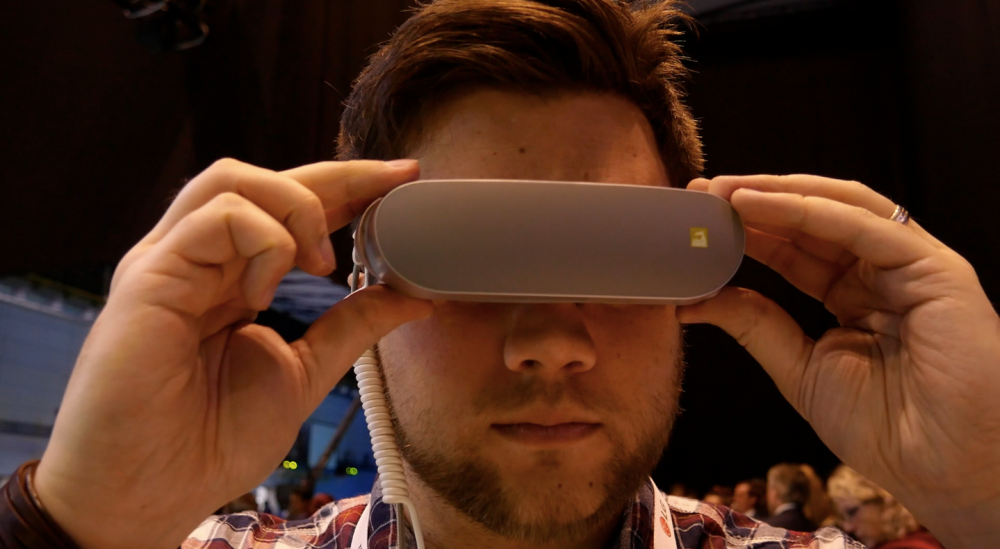 References to the previously-rumored Android VR headset have been found in the Android Developer Console, suggesting the device’s launch is indeed imminent. Developers logging in to the tool are now seeing an option for Android VR appear alongside the pre-existing Android Auto, Android TV and Android Wear options.

Just a couple of days ago, veteran journalist Peter Rojas stated that Google intends to announce a new Android VR headset at I/O next week. According to Rojas, Android VR will be a standalone unit that’s not as powerful as the HTC Vive or Oculus Rift, but offers a noticeably better experience than both Cardboard and Gear VR.

References to Android VR have been found previously. Android N code revealed a couple of built-in options for VR support baked directly in to the coding, preparing the way for optimized apps to be made compatible with VR. With those references, and today’s sighting in the Developer Console (spotted by Android Police), it’s safe to assume that this Android-powered VR thing is happening.

These rumors followed on from a number of reports suggesting Google was working on an advanced version of Cardboard (or Cardboard++). While it’s being touted as a standalone unit, we’re still not 100% sure how it will be powered.

It seems most likely that it’ll use an Android N device, like a smartphone, as its source of processing/media, but how exactly it works is still to be seen. It could, like Gear VR, hold the phone inside the headset. Perhaps more likely though is that it connects via USB, like the LG G5’s headset (Type-C is ideal for this) to make it more universal. This way, phone size and shape doesn’t matter and software/firmware support is all that’s required to make it work on any device.

In order to give a consistent experience, regardless of which hardware it’s using, one would think that the device itself needs to have some kind of built-in graphics processing, if it really is better than Gear VR.

The one element that makes Android VR enticing is that apps and games are already available in one place, on the Play Store. For consumers, not having to go through any extra hurdles to download VR content is convenient, and the same is true for developers to a large extent.