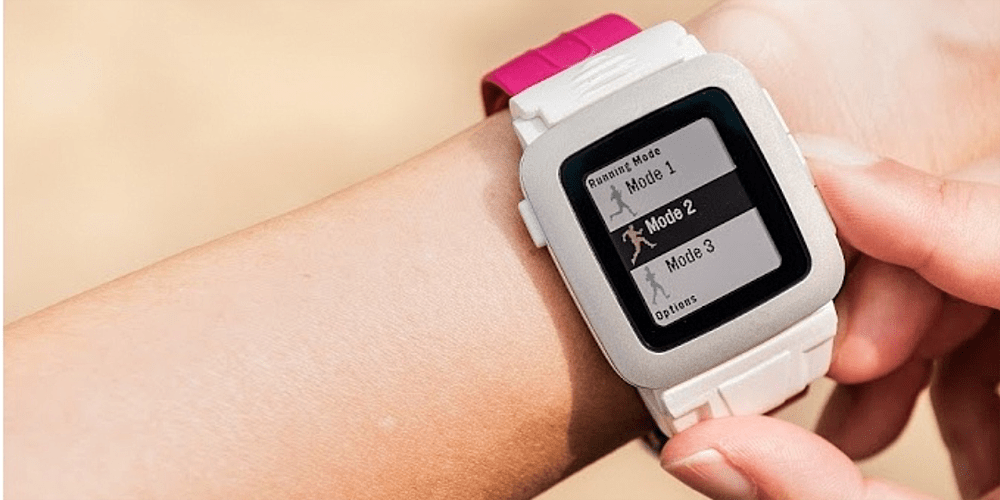 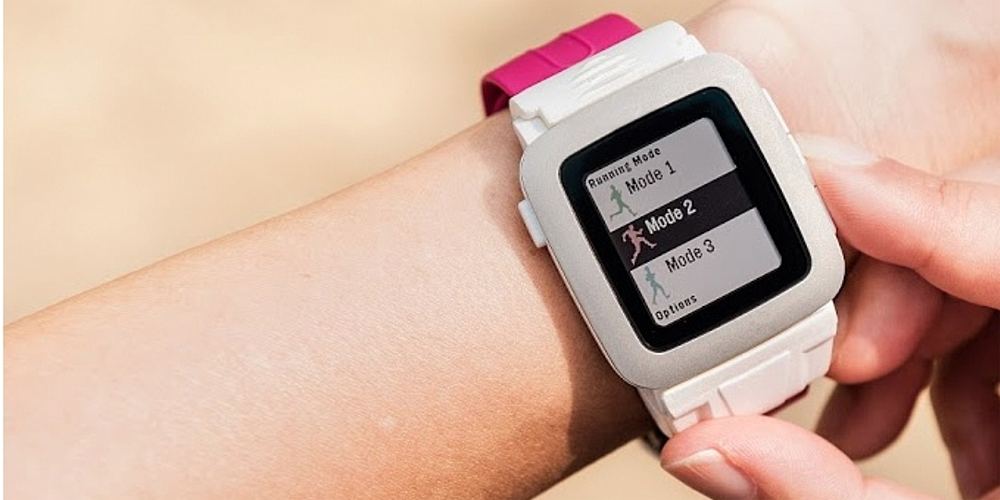 The strap is described as ‘sweatproof’ but only ‘water-resistant’ rather than waterproof, and is aimed at outdoor fitness fans who want accurate activity measurement without the need to carry a smartphone with them. It is not, it has to be said, pretty!

The originator of the Kickstarter project called Pal says that he has ‘worked very closely with Pebble’ on the project. Pricing starts at $79 now that the earlybird specials have gone.

The project is off to a good start, with $27k of the $80k goal raised on the first day of the campaign, though the usual cautions apply: some high-profile Kickstarter campaigns have failed to deliver.