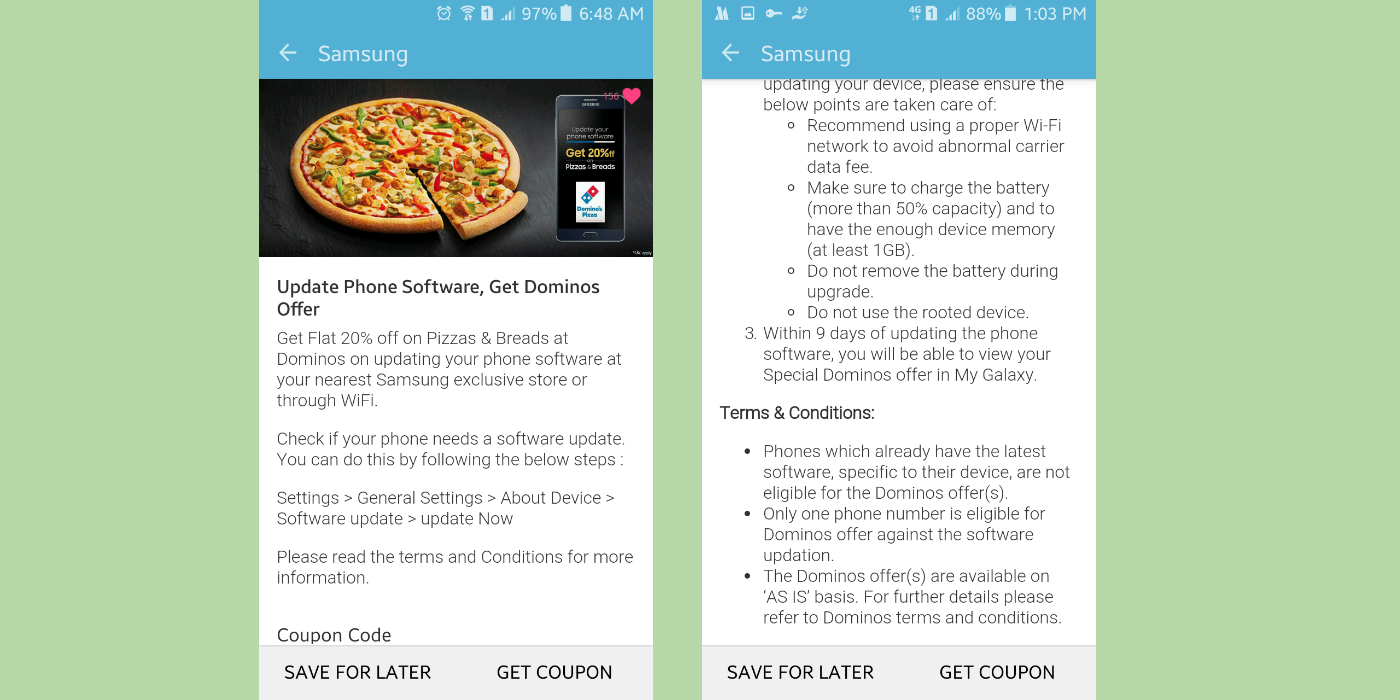 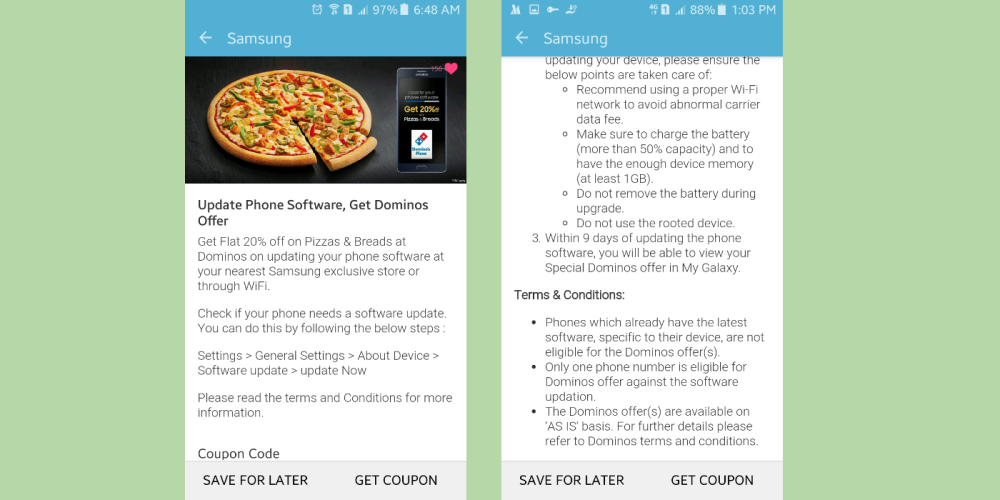 A report earlier this week detailed how Google is pressuring OEMs and carriers to speed up Android updates, but it goes without saying that people generally aren’t very hesitant to update their phones (unless some new emoji are involved). To address this, Samsung is offering incentives — like Dominos — to install OS updates.

One Galaxy J7 user from India reported seeing a coupon for Dominos pizza if they installed an update. The offer was found in the My Galaxy app and seems to be tied to a phone number. While there are no reports of similar deals in other countries, it’s possible that Samsung is testing this before a wider rollout.

It makes sense to offer update promotions in developing markets where smartphones have little storage and users have limited amounts of data. These kind of promotions could incentivize people to install smaller updates that deliver important security patches, but not obvious user facing features. The text of the offer suggests people go to a Samsung Experience store or use Wi-Fi to update.

In Android N, Google built a Chrome OS-inspired solution to the general problem of people not installing OS updates. Updates will install in a backup partition and automatically be installed the next time a phone reboots. As a result, a device is always up-to-date without requiring much user interaction.