Hangouts 10.0 for Android adds support for Direct Share on Marshmallow and above 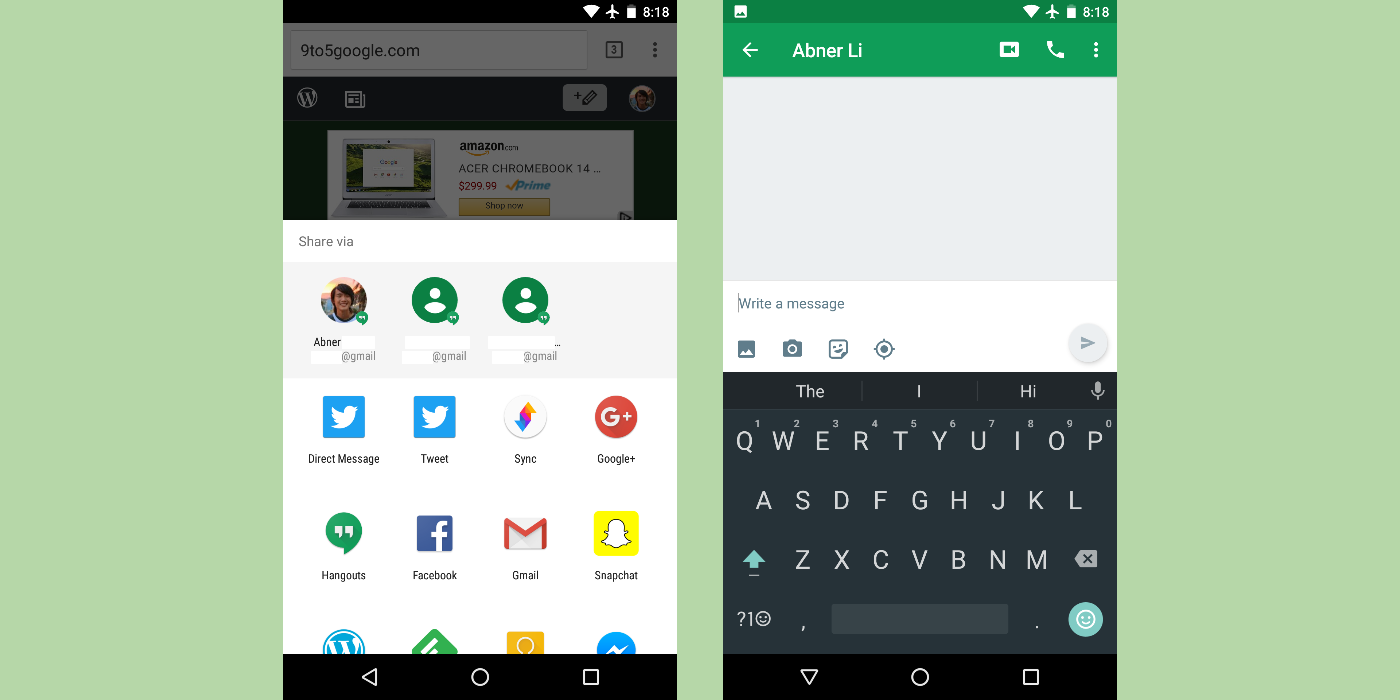 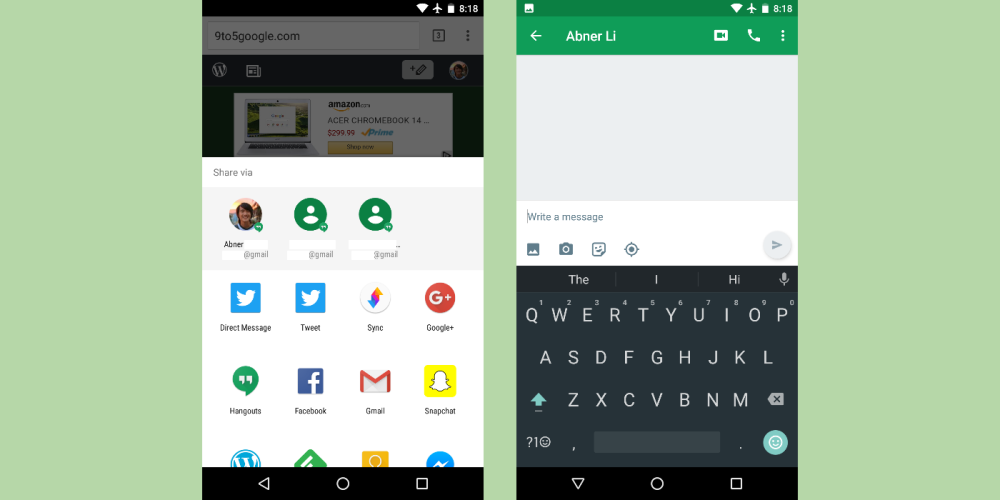 Hangouts is always quite slow to adopt the latest Android features. Eight months after Marshmallow’s release, Hangouts 10.0 is finally adding support for a Direct Share feature that provides quick access to frequent contacts.

Google skipped version 9.0 of Hangouts entirely; moving from 8.1 to 10.0. So far, Direct Share appears to be the only marquee feature of the update. On devices running Android 6.0 and higher, users will see frequent contacts appear in the Share menu. Tapping a contact will immediately open up the specific conversation and include what was being shared.

The Share menu is populated by the last three people you talked to regardless of what Google or SMS account they belong to. Which account a contact is from is listed underneath the profile image and name. There are slight tweaks to the Hangouts interface in version 10, including a drop shadow when the send button is grayed out. The updated app is slowly rolling out via the Play Store.

Despite the introduction of Allo and Duo at I/O 2016, Google will keep Hangouts around as a standalone product, citing a totally different audience and market. A rumor earlier this year pointed to Google stripping out SMS support from Hangouts in order to improve the general performance of the app.