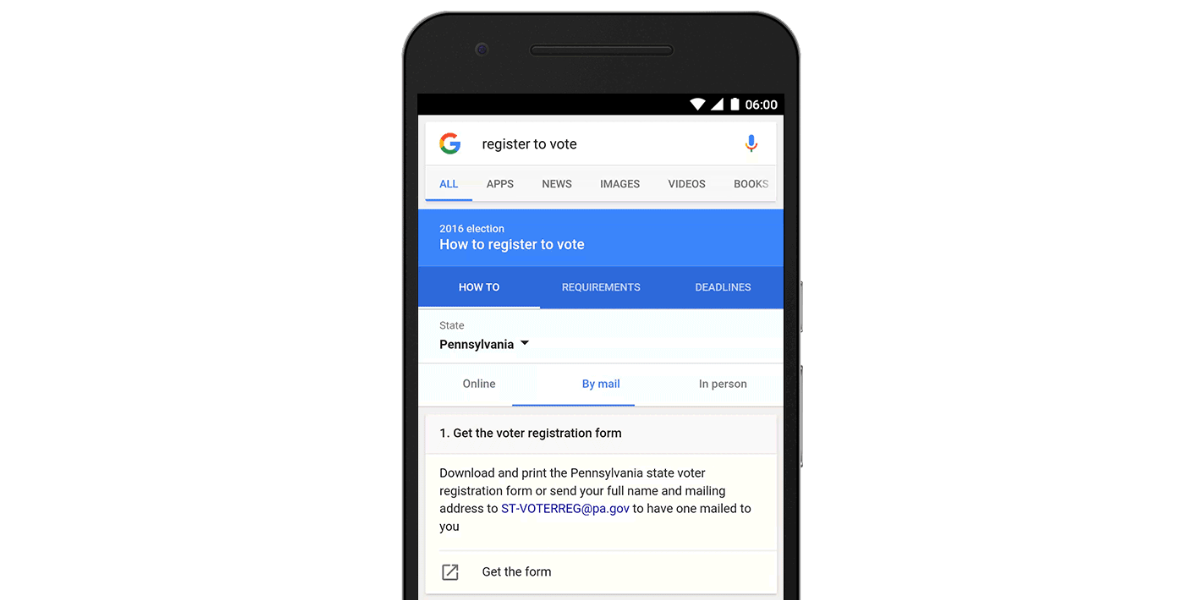 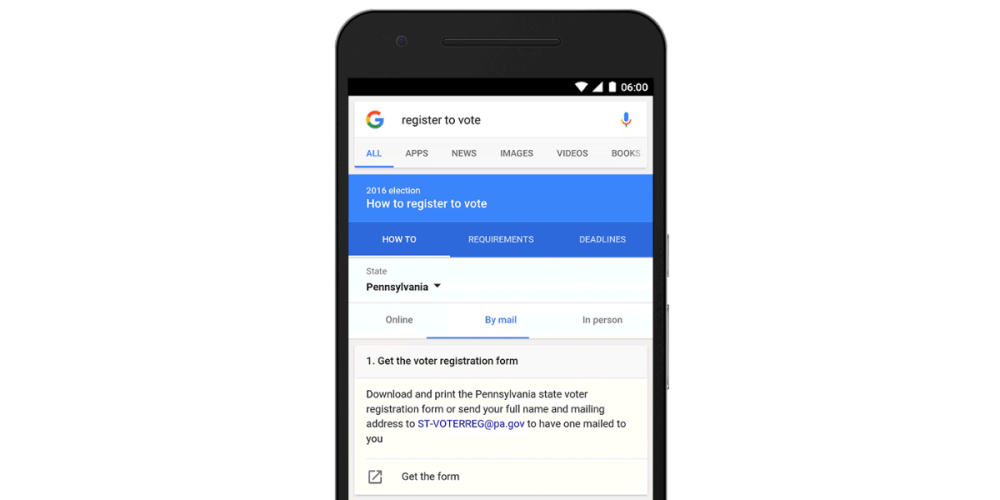 Throughout the 2016 Presidential campaign, Google Now has reminded people to vote in state primaries/caucuses. To help voter turnout, Search is adding a new tool that provides clear instructions on how to register in your state. Additionally, YouTube will be live streaming the Republican and Democratic National Conventions over the next two weeks.

Google mentions varying state deadlines and registration methods as one of the reasons behind the new feature launching on Monday:

Every election matters and every vote counts. The American democracy relies on everyone’s participation in the political process. This November, Americans all across the country will line up at the polls to cast their ballots for the President of the United States. With states’ varied deadlines and methods, the voter registration process can be tricky. So starting on Monday, we’re introducing a new tool in Search to simplify the voter registration process to make it easier for you to have your voice heard.

The new tool will be the first result when you search for “register to vote” and other similar queries. It will automatically identify what state you’re in and provide information on how to register, general requirements, and deadlines. Users will also have the ability to pick a different state from a drop down menu.

Like in 2012, YouTube is the official livestream provider of both the Republican and Democratic National Conventions. In addition to providing a separate 360 degree stream, a number of YouTubers will be on site livestreaming from mobile and with Jump VR cameras. Searching for either convention on Google will provide a link to YouTube, as well as a summary of events, nominees, and speaker lineups.