The OnePlus 3’s Dash Charge is faster than the Galaxy S7, and OnePlus wants you to know it [Video] 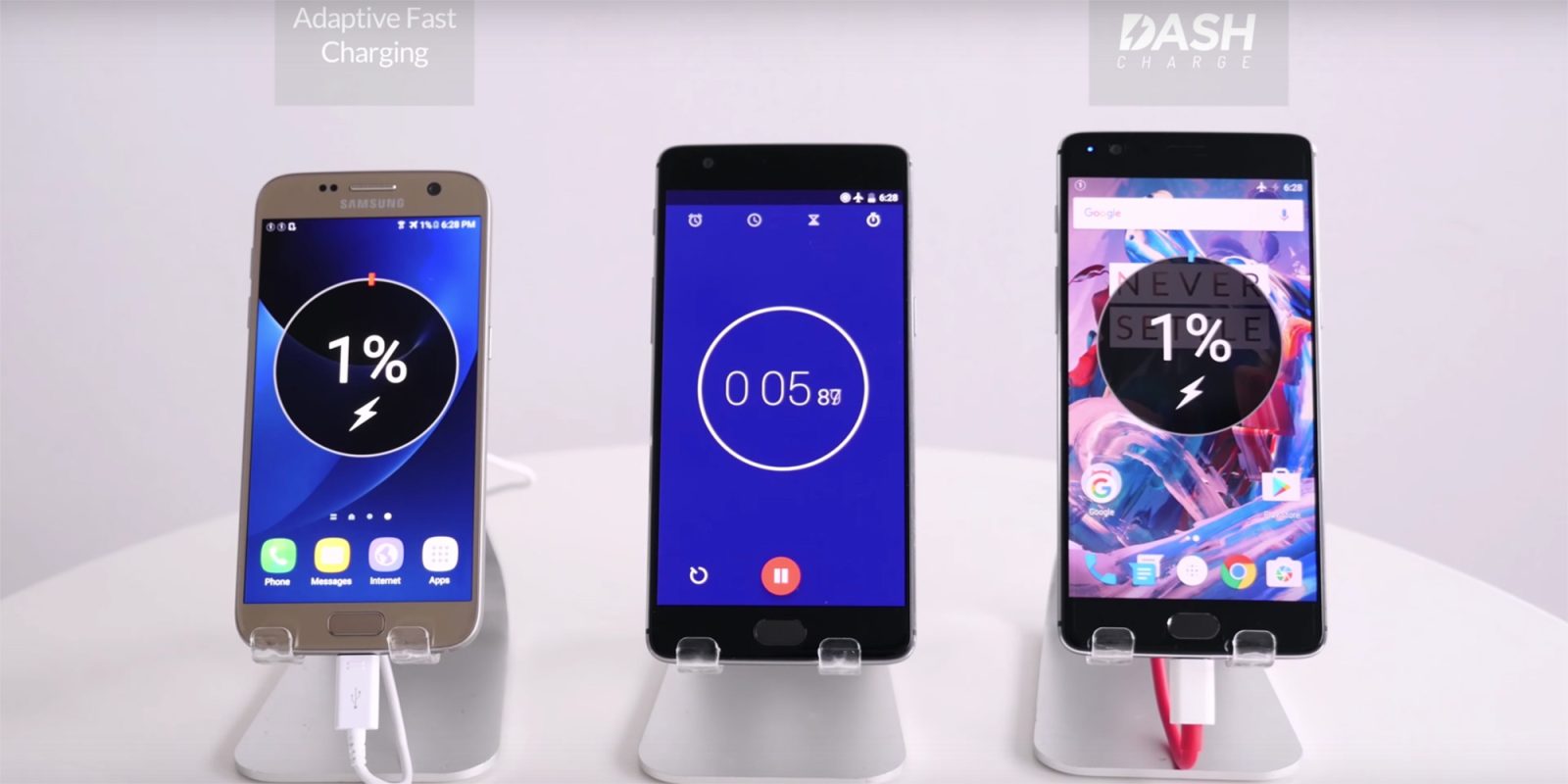 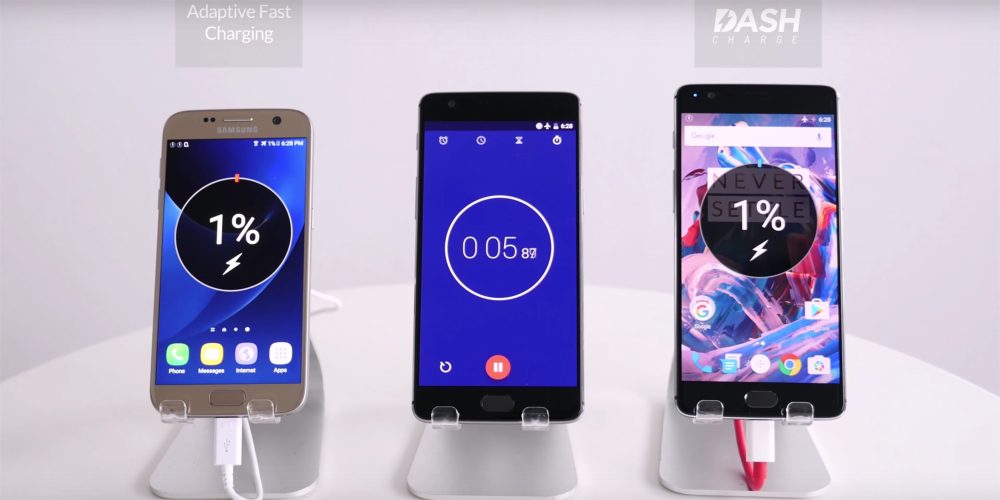 Despite being a relatively new company whose products often tend to lighten your wallets less than the likes of, say, Samsung or Apple, OnePlus is a company that always makes sure its voice is heard loud and clear. This is especially true when it comes down to reaffirming its position in the tech realm; and that, often, leads to direct comparisons like the one posted today…

In a video published on its official YouTube channel a few hours ago, the Chinese firm put its recent 3 flagship to the test against none other than Samsung’s diamond point, the loved and successful Galaxy S7, to prove that its own fast-charging technology (named Dash Charge) is indeed mind-blowingly fast, even compared to such a high-rated competitor.

The video, which initially features a disclaimer that warns about charging times potentially varying “depending on phone configuration, settings, usage while charging and power source” is a no-frills comparison that sees the two devices charging for thirty minutes, with the Galaxy S7 topping up to 50%, and the OnePlus 3 peaking at 64%.

Considering that both devices sport a 3000mAh battery, there certainly is some praise that OnePlus deserves. But the contest goes on, with the Chinese firm stating that Dash Charge’s strength remains virtually unchanged even when the phone’s screen is turned on.

As the second thirty minutes round goes by, Dash Charge does in fact speed things up more robustly, with the OnePlus 3 reaching a strong 67% and leaving the S7 in the dust at 23% (with both handsets starting at 5% charge). Now, there may be a case to be made as to why would one want its device to stay with the screen on while charging, but that doesn’t degrade the sheer quality of OnePlus’ technology — and the fact that, almost certainly, having far less pixels to push (FHD vs QHD) probably comes in handy.

If you consider that OnePlus’ device also seems to be an overall faster device compared to Samsung’s, we can at least know that OnePlus did its homework this time around. Let’s just hope they keep it that way.

Take a look at the video yourself.