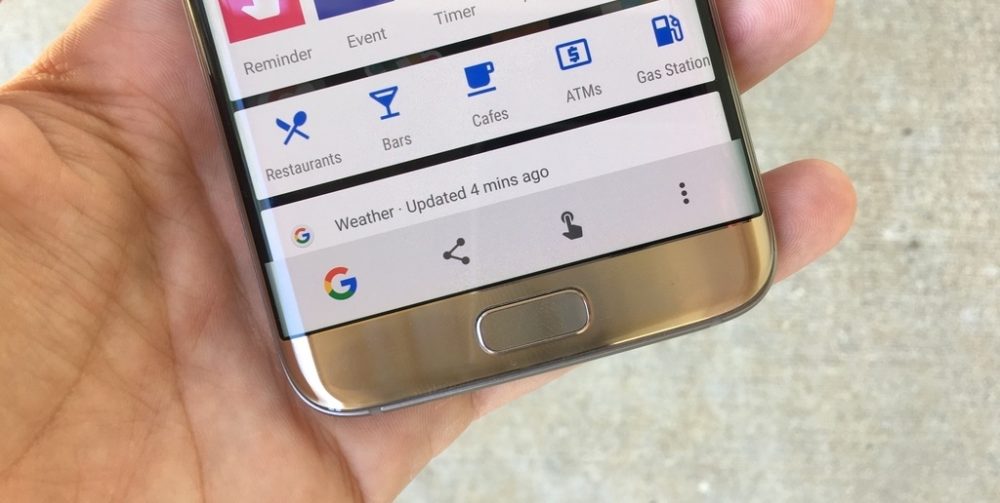 If you like to use Now on Tap to capture a quick screenshots, you’re about to be disappointed. It appears that Google is actively removing the feature — I’m currently no longer seeing it on my Galaxy S7 edge — from the latest versions of the Google app…

Holding down a combination (it varies by manufacturer) of the home, volume, and power buttons on most Android phones will capture a screenshot, but if you weren’t aware, Now on Tap added the ability to capture screenshots as well at some point last year. Holding the home button for Now on Tap and jumping straight to a share sheet was — in experience — the best part of the feature.

But now it’s gone for many, I’m sad to report. I had it on an older version of the Google app on my Galaxy S7 edge, and it disappeared after I updated.

Frankly, I don’t use Now on Tap very often, and I’m pretty glad that Google wisely decided to put the Assistant in its place on the Pixel phones (yes, I’m aware that the Now on Tap features are still there). But for those of us that are annoyingly without Assistant for a while (*cough* Nexus 6P users * cough*), it’s pretty odd that Google would remove this functionality. But I guess it is Google we’re talking about.