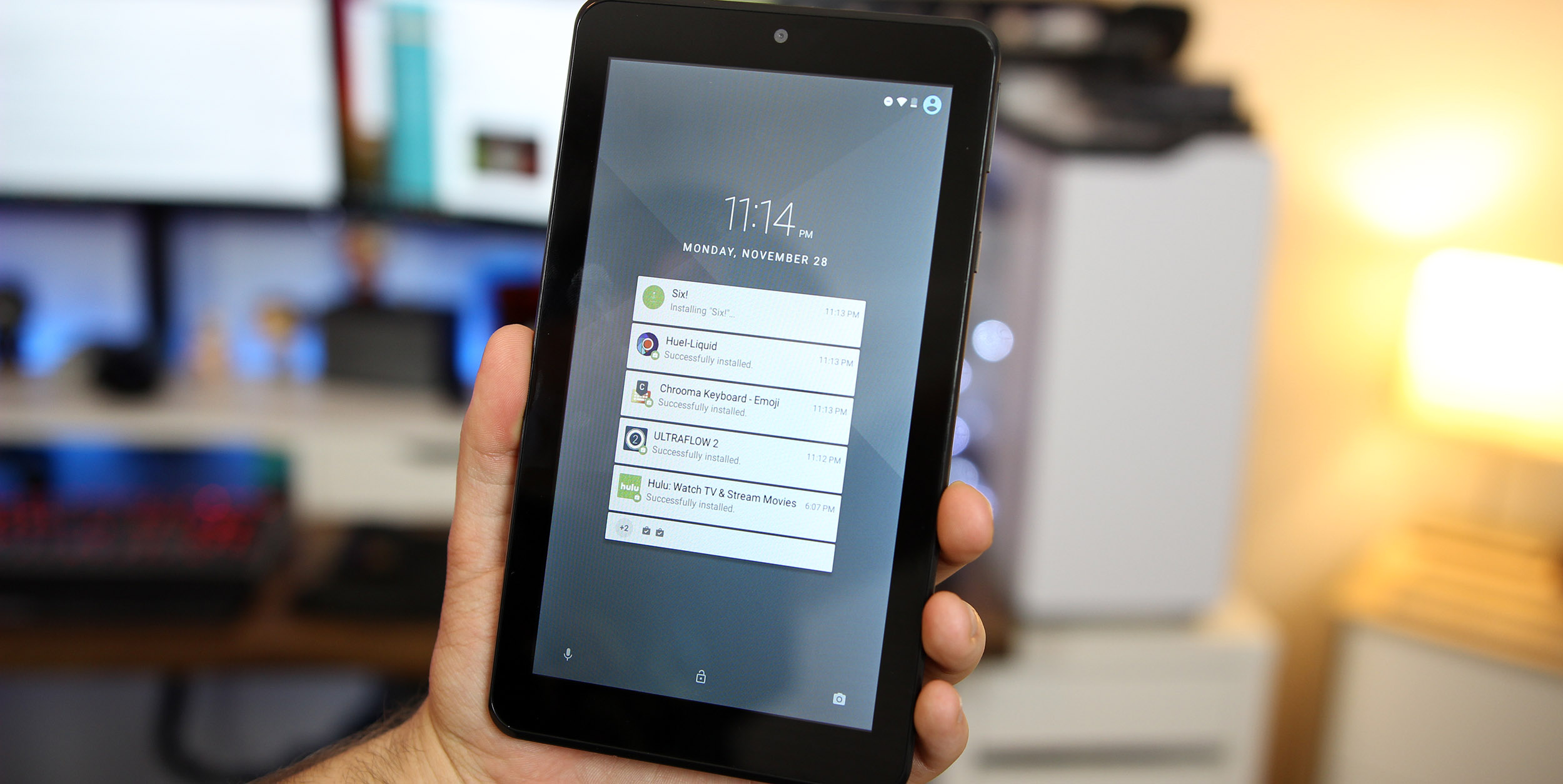 One thing that affects almost every budget tablet is a lack of storage. Amazon’s Fire Tablet comes with only 8GB of storage, and the NOOK has the same. Granted, both have microSD card slots, but that doesn’t always work well with apps. After installing just a handful of apps on my NOOK, I was down to just MBs of available space, and the Fire Tablet wasn’t much different.

In Android Marshmallow, Google introduced a feature known as “adoptable storage,” allowing users with devices that feature microSD card slots to format those cards and have the OS treat them as the device’s internal storage. However, OEMs have the option to disable that functionality if they would like, and many do. Samsung doesn’t support it where HTC and Motorola do. Now, as we’re finding out, the NOOK 7″ does as well.

Why is this such a big deal? The NOOK 7″ is a $50 tablet and with most $50 tablets, you don’t get much. However, with the NOOK, you’re getting stock Android, a good build, and now, easily upgradeable storage. Users can easily pick up a quick SD card up to 128GB to expand the storage on the NOOK, allowing them to download apps, games, movies, and more to the tablet. If for nothing else, that makes the NOOK a fantastic option for parents buying a cheap tablet for their kids to travel with.

Using adoptable storage on most Android devices becomes an option once you pop in an SD card, but on the NOOK it’s hidden just a bit. To enable it, first plug in your microSD card of choice, then head into the settings, followed by “Storage & USB.” After that, tap the SD card’s name, tap the SD card settings, then select “Format as Internal.” From there simply follow the on-screen prompts and the tablet will format the SD card and treat it as internal storage from that point onward.

Just keep in mind that your SD card will no longer work with PCs after doing this and you’ll want to turn the tablet off before removing it. For more on adoptable storage, check out our video on the topic from last year. You can pick up the NOOK 7″ from Barnes and Noble.