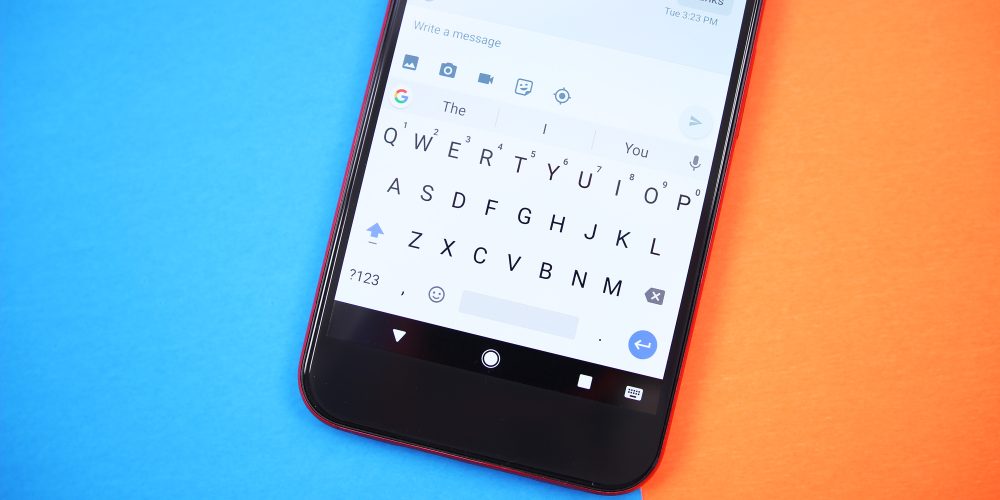 After debuting on iOS earlier this year, Google has just quietly made its Gboard keyboard available for Android devices. The keyboard comes in as an update to the currently-available Google Keyboard, merging in Google’s Gboard features with Google Keyboard’s current functionality.

Like its iOS counterpart, Gboard for Android gives users the ability to use gesture typing, insert GIFs, and do searches directly from the keyboard and further share those results in whatever app they are using. Compared to the iOS version, Android’s version of Gboard retains the Android-y look of Google Keyboard, but all the same functionality is there.

To access a search, users can tap on the Google logo at the top of the keyboard which directly pulls up the search interface, as well as shortcuts for themes, one-handed mode, and Gboard settings.

Search works from any app and it’s pretty simple. A quick Google search will pull up either a web result or a card with more information. Users can share the direct link from there, or if it’s a card, share information such as the name of a location, phone number, address, and a search link for Google Maps to that location.

Of course, GIF search is also included, but it’s not supported in all apps. Apps such as Google Hangouts and Google Messenger work flawlessly, but others such as Slack and Twitter are excluded for now.

Right now, Gboard is only available as an APK which installs over Google Keyboard, but it should be hitting the Play Store any time now…