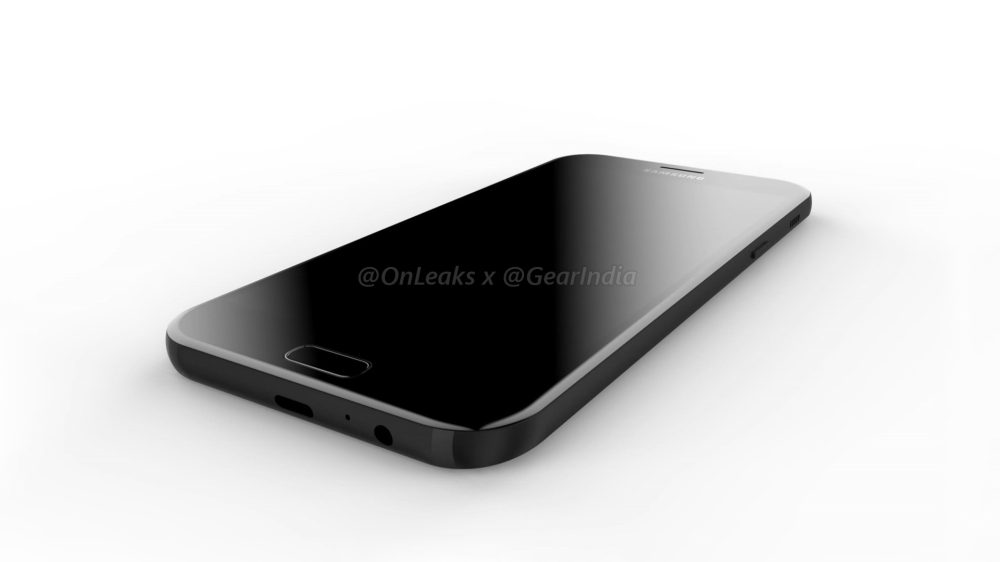 While the rumor mill for the much-anticipated Samsung Galaxy S8 is, of course, in full swing, a report from the combined forces of MySmartPrice and notorious leakster OnLeaks is giving us a (rather comprehensive) glimpse at the successor to last year’s midrange Galaxy A7…

Considering Samsung‘s nomenclature for non-Galaxy S (or Galaxy Note) devices, it will be no surprise to hear that the name is slated to be Galaxy A7 once again, only identified by its year of release (2017). However, the slightly refined look hides a number of important updates on the inside, as well as a couple of nice additions.

3GB of RAM are also mentioned, alongside 32 and 64GB storage options, all backed up by Samsung’s Exynos 7880 SoC (that will likely power only a portion of A7s, however, while the Qualcomm chip likely to replace last year’s Snapdragon 615 is currently unknwon). The camera is said to be 16MP for both the rear and the front.

If the render above doesn’t lie, the bottom should represent another welcome supplement in the form of USB-C; the physical home button, on the other hand, could finally get a fingerprint reader embedded into it. The icing on the cake, however, could be the added ruggedness, as MSP mentions the device as likely to get IP68 certification.

All in all, it seems like a solid package for a midrange device — it just remains to be seen what price Samsung will tag it with, although I would doubt it will go much beyond $400. For a better idea of its overall design, check the full video down below.