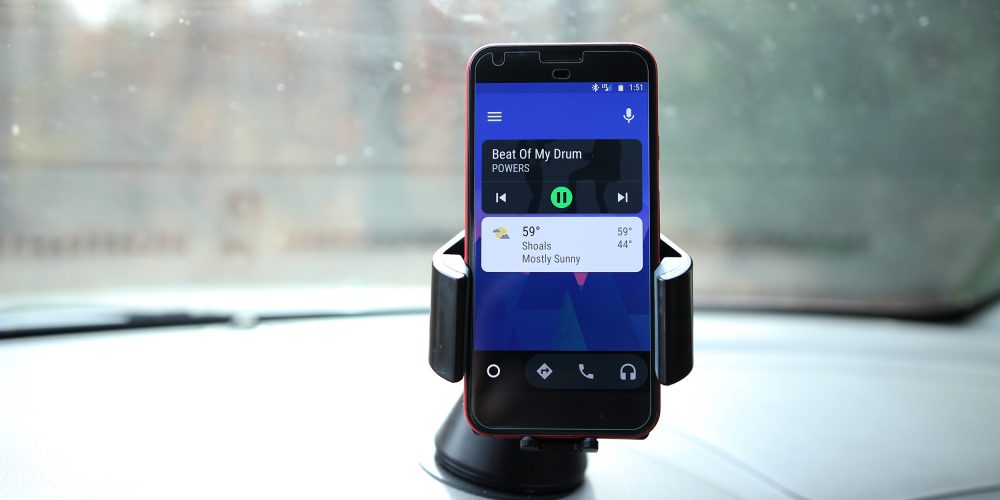 Following a major update that added a phone optimized experience, Android Auto’s next major feature is hotword detection for distraction-free driving. Some users began spotting the feature earlier in the month, but “Ok Google” and thousands of voice commands should now be live for all.

Previously, Android Auto required pressing a prominent on-screen microphone button before users could speak voice commands for maps, messaging, music, and more. Hotword support was first announced and demoed back at I/O 2016, with Google reiterating that the feature was coming soon during last month’s Auto update.

In cars, “Ok Google” is safer than having to momentarily look at a screen for a software button and coincides with more and more apps adding audio feedback and support for Auto’s voice commands. Facebook Messenger recently gained Auto integration that allows for starting new messages and replying to existing ones via voice, as well as quick replies from notifications.

To access this feature, users need the latest version of Android Auto. In the Google app, going to Settings > Voice > “Ok Google detection” will  show an updated switch that enables the feature. Specifically, the “While driving” toggle now “Works in Google Maps and Android Auto.”