Since it launched a few years ago, Android TV, sadly, hasn’t picked up much steam. We’ve seen a few great entries in the set-top box market, such as the Xiaomi Mi Box and NVIDIA SHIELD. However, if you’re looking for a smart TV that is powered by Android TV directly, the only solid option for a while has been by Sony. While undoubtedly an awesome set of TVs, they are all quite pricey.

LeEco, on the other hand, is well-known overseas for creating affordable electronics, including TVs, that still hold up to the competition. Among its launch in the United States were 4 new Android TV-powered 4K televisions, and I’ve spent the past two months with one of them ─ the Super4 X43.

To preface this review, I’m not going to speak about this TV in an in-depth way. This is my experience with the TV after using it as a general consumer over the course of two months. The larger 55-inch, 65-inch, and 85-inch models do vary to a certain extent but are similar overall to the 43-inch model I used.

Long story short, it’s bright, the colors look excellent, and the 4K panel is absolutely fantastic especially if you have 4K content available. 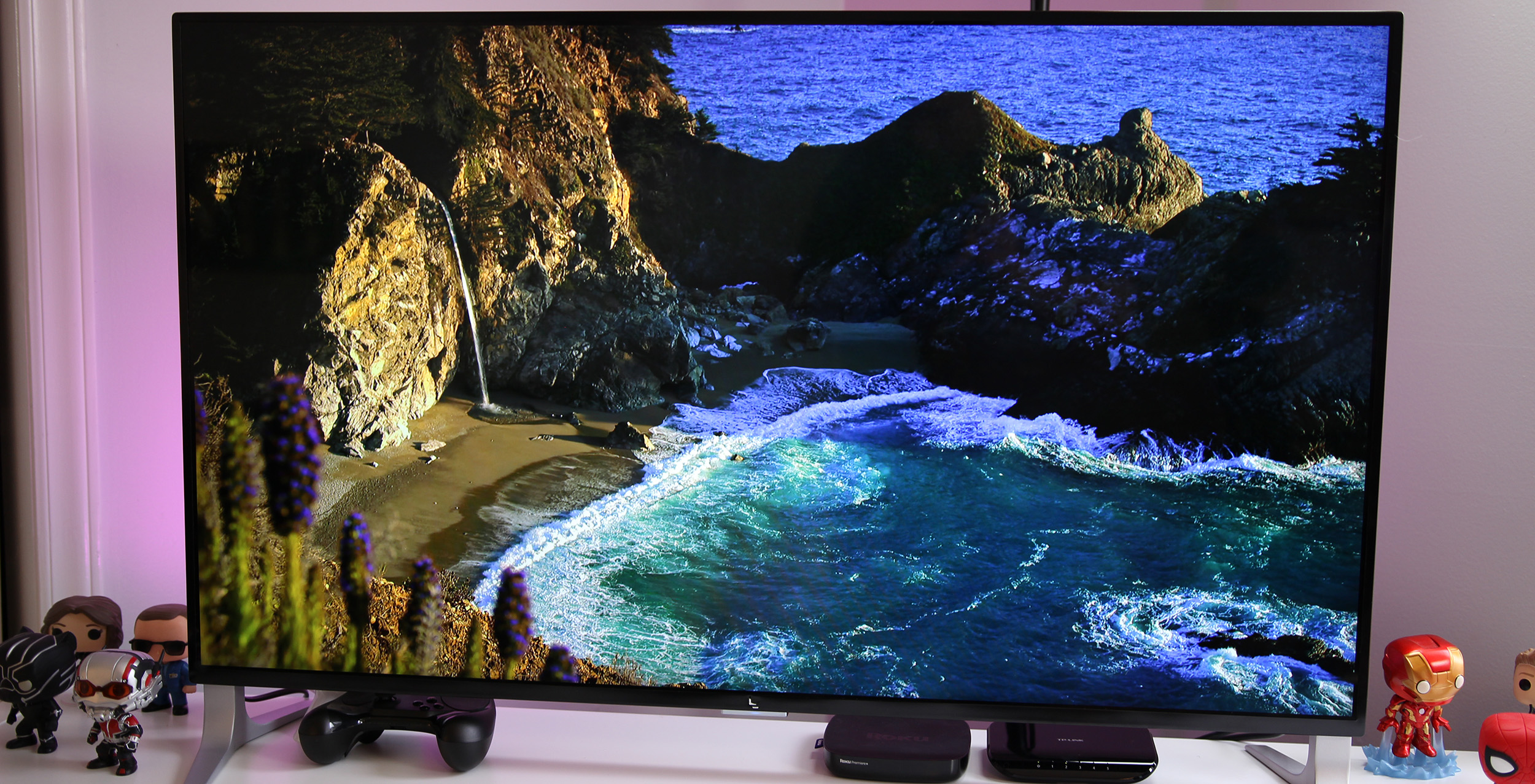 As for the design itself, the X43 offers a thin, design with slim bezels around the entire display. Further, the back of the TV is a clean, two-tone aluminum design on the back with a faux-brushed metal on the bottom half. It looks great, the TV is ridiculously thin. While that won’t matter for most people, the thin design is nice if you’re placing the TV in a “floating” area in your home (i.e. tablet/TV stand away from the wall).

The aluminum stands on the TV are also slim, good looking, and fit well in almost any home. Further, there are also some nice perks included that make this TV more convenient. For one thing, the ports on the back are in favorable spots for cable management, and there’s even a USB 3.0 port on the top of the TV for quick and easy access.

Speaking of ports, the Super4 series is fairly generous overall. The 43-inch model is the least equipped, but it still offers 2 HDMI 2.0a ports, 2 USB 3.0 ports (one on the rear one on the top), 3.5mm audio in and out, optical, ethernet, and a standard cable hookup as well. The larger models also feature an extra USB 2.0 port, an extra HDMI port, and a VGA port. 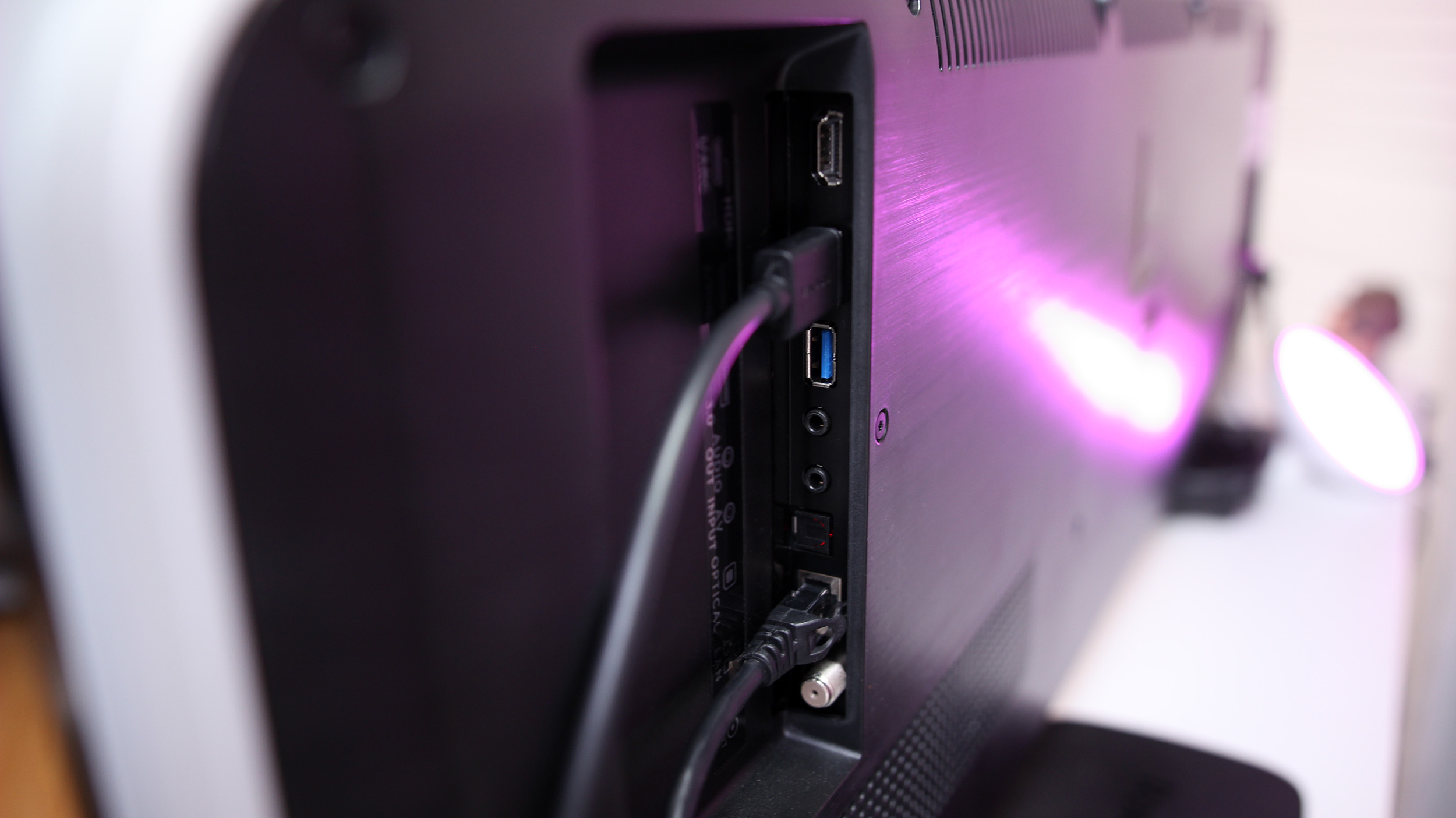 Thin TV’s often have pretty poor speakers, but the X43 features pretty solid audio quality overall. The bass is a little lacking, but the TV gets loud, and has decent range as well. At higher volumes, there’s definitely some notable distortion, but there’s very little to complain about if you ask me. If you want stronger audio quality, however, you’ll want to hook up an external set of speakers.

The main highlight, at least for me, is Android TV built-in. Since the platform was first available on the Nexus Player, it’s been my go-to source for streaming in apps like Netflix, Hulu, and more. While there’s still an app gap compared to Roku and Apple TV, I personally love having the wonderful interface design of Android TV, the built-in Google Cast, voice search, and the ability to sideload Android apps. Added perks like Bluetooth audio, remote control from my smartphone, and the ability to connect most Android game controllers is also fantastic.

Thankfully, LeEco doesn’t change anything on the X43 (or its other Android TV-powered units). The homescreen puts LeEco’s apps front and center, but overall, there are no changes, which is great. Sadly, though, the X43 is still on Android Marshmallow. Android TV with Nougat includes some very useful changes like picture-in-picture mode, multi-tasking, and more. However, it’s completely unclear if LeEco plans to update the TV to Nougat, and it hasn’t said anything to indicate that it will. Personally, I wouldn’t count on it.

As for performance, all of LeEco’s Android TVs are powered by the Mstar 6A938 processor and 3GB of RAM. That leaves more than enough power for pushing 4K video content as well as various games available on the Play Store. Performance takes a hit when you’re pushing 4K@60Hz through HDMI, but overall, performance is very satisfying.

There’s no easy way to say this, so I just will. If you’re buying this TV in the United States, you’ll probably never touch LeEco’s included apps. The content is slim and more than anything, these apps just get in the way.

Where Android TV struggles, though, is with available 4K content. The only two sources you’ll have with the native Android TV UI are Netflix and Google Play Movies, the latter of which only has about 100 films available in 4K. Netflix’s library of 4K is ever growing, but without an external set-top box, LeEco’s Android TV lineup is lacking when it comes to 4K. To remedy that, I picked up a Roku Premiere Plus to get access to 4K sources like Amazon Instant Video (The Grand Tour alone made it worth it) and VUDU. Update: VUDU is available for Android TV as of December 19th (ironic timing, no?).

The remote included with the X43 is also pretty excellent. It stays connected no problem, has tactile buttons, an aluminum front, and a nice heft to it as well. The microphone is also great as I had very few issues with voice search misunderstandings. Battery life is also excellent as in the two months of use, the two (included) AA batteries in the remote didn’t drop at all. 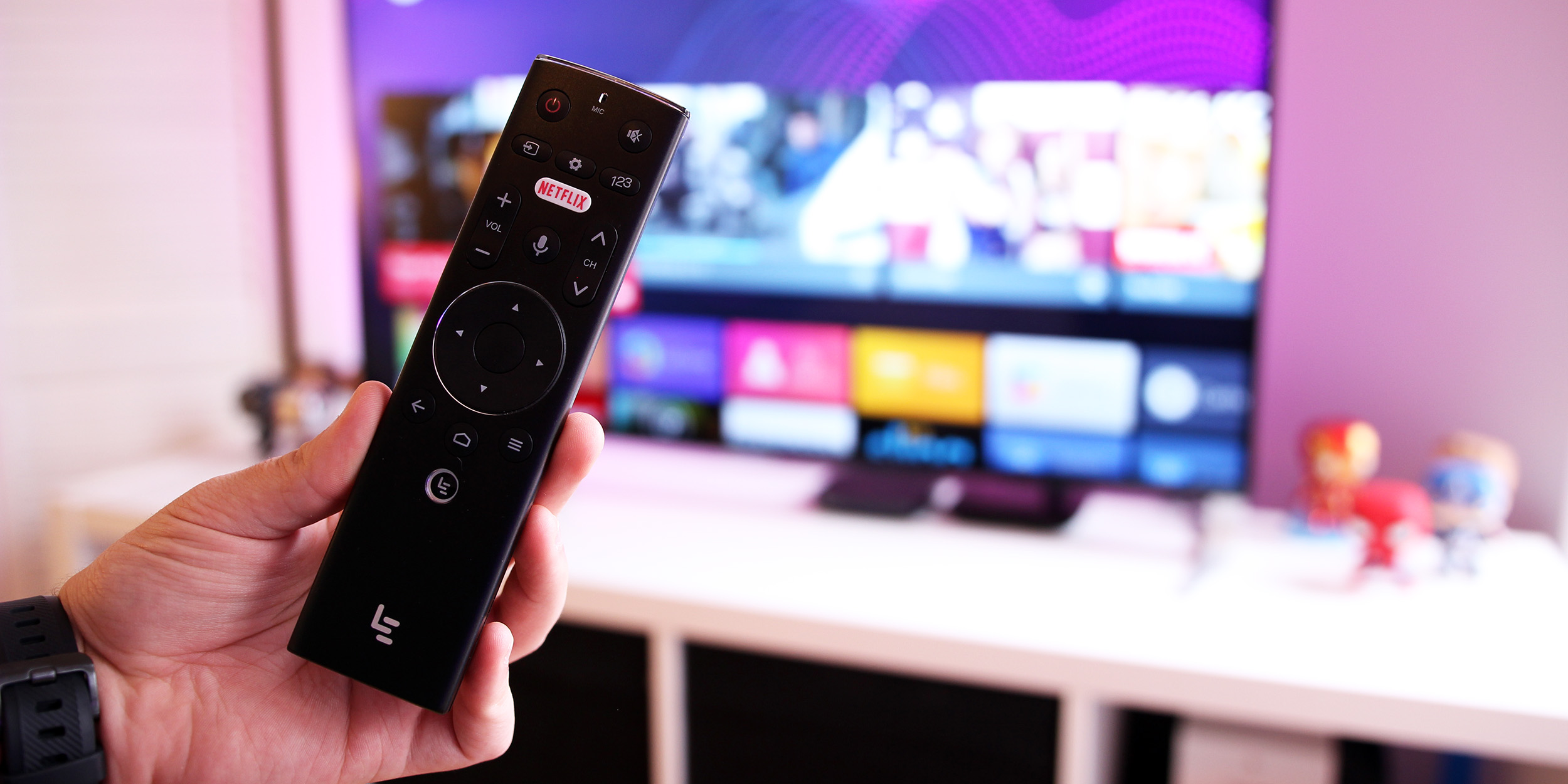 While it lacks the 4K content that some other 4K smart TVs offer, the LeEco Super4 X43, and the rest of the family, makes up for that in three key areas. First, they all offer Android TV which is easily the most flexible smart TV interface available. Second, the screen quality, audio quality, and allotment of ports are all excellent. Last, and most importantly, these TVs are incredibly good values. The X43 “retails” for $649, but is offered by LeEco and Amazon for $449. Further, the rest of the lineup is regularly sold for $200 off.

However, with all of that said, I can’t recommend this TV to everyone. Signs indicate that LeEco isn’t doing incredibly well, so software upgrades and even warranty support over the coming years isn’t exactly a guarantee.