In early November, Samsung announced the Galaxy Beta Program which allowed customers with the Galaxy S7 or S7 edge to beta test the upcoming release of Nougat. Over the last month, we have seen several updates roll out to the handsets which fixed bugs and brought more Nougat features to the phones. We are now receiving reports that a 4th major update is now showing up for those in the beta program…

This new build of Nougat for the Galaxy S7 and S7 edge is ZPLH. It comes a handful of bug improvements, new and/or enhanced features, improvements to the device’s performance, and the removal of the Samsung Notes application which was introduced in an earlier beta update.

The image below, courtesy of Android Central, shows the update screen for the latest release of Nougat for the Galaxy devices. Unfortunately, if you hadn’t yet joined the beta program, Samsung did close the registration. Hopefully, as these beta updates have started to mainly only include small bug fixes, we will see a final Nougat build and firmware update for all S7 and S7 edge devices in the coming weeks. 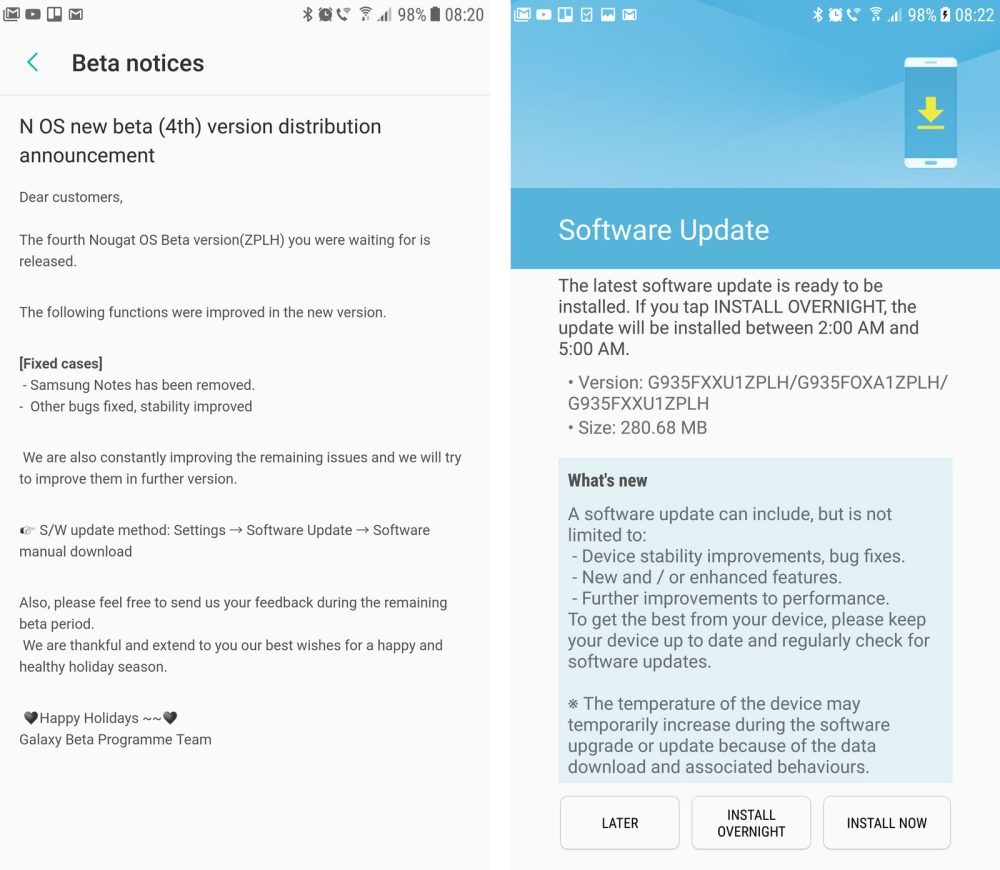