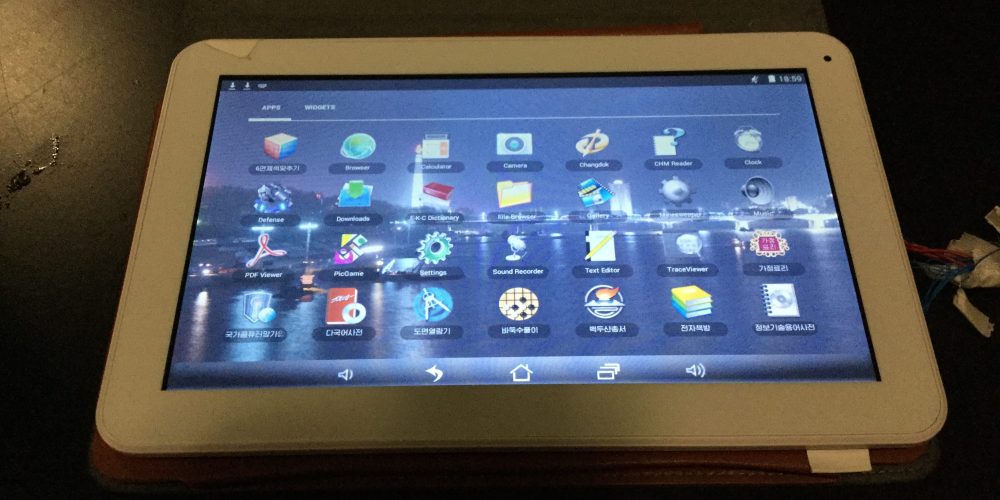 With cheap Android tablets a dime a dozen, it should not be too surprising when a country like North Korea forks the OS to make a very locked down device for its citizens. Details of the tablet (via Motherboard) were shared at a hacking festival by a research group covering the country’s technology.

Rather than first going into its feature set, the tablet made by Chinese manufacturer Hoozo is more notable for its limitations. North Korean authorities have physically removed the tablet’s Wi-Fi and Bluetooth chips, with connection limited to the country’s own internet and local TV playback.

Connectivity is further hampered by the fact that only government sanctioned files and media can be loaded on the device. Files and third-party APKs that do not have a cryptographic signature generated by the tablet or pre-approved will simply not run.

More notable than the locked down nature of the device is the fact that every time you open an app, the tablet takes an undeletable screenshot. The researchers note that it would be unlikely for the average North Korean citizen to bypass these measures.

As for the tablet’s features, there is standard functionality like listening to music, setting alarms, and taking pictures. Educational apps include various international dictionaries, as well as a text editor, calculator, and typing app for kids. There is also apparently a lightly skinned version of Angry Birds and other traditional games, like Go.

Despite the basic nature, the hardware is still priced at €160-200 ($167.54-209.42) with the device likely selling for more inside the country. As such, the tablet is likely not aimed at North Korea’s working class.