First released in 2014, with a second generation available a year later, the Nest Protect is a smart fire alarm that works well with an ecosystem of third-party smart home devices. At CES 2017, GE announced a new integration that allows Nest Protect to detect fires in appliances, take measures, and quickly alert homeowners.

The integration better allows the Nest Protect to detect fires in ovens and other GE appliances. This set-up and connection has to be enabled ahead of a time on the connected oven and the Protect.

Once a fire is detected, the smoke and carbon monoxide alarm will be able to send an automatic shut off command to the appliance. Additionally, the GE appliance will send homeowners an alert via push notification to their smartphone.

With a focus on both real-time detection and early warning, the Nest Protect is naturally suited for this kind of proactive integration with third-party devices. Other ‘Works with Nest’ partners include Logitech, Belkin, and LiftMaster.

Fortunately, the integration does not require any new particular device and works with existing connected ovens from GE Appliances and current Nest Protects. 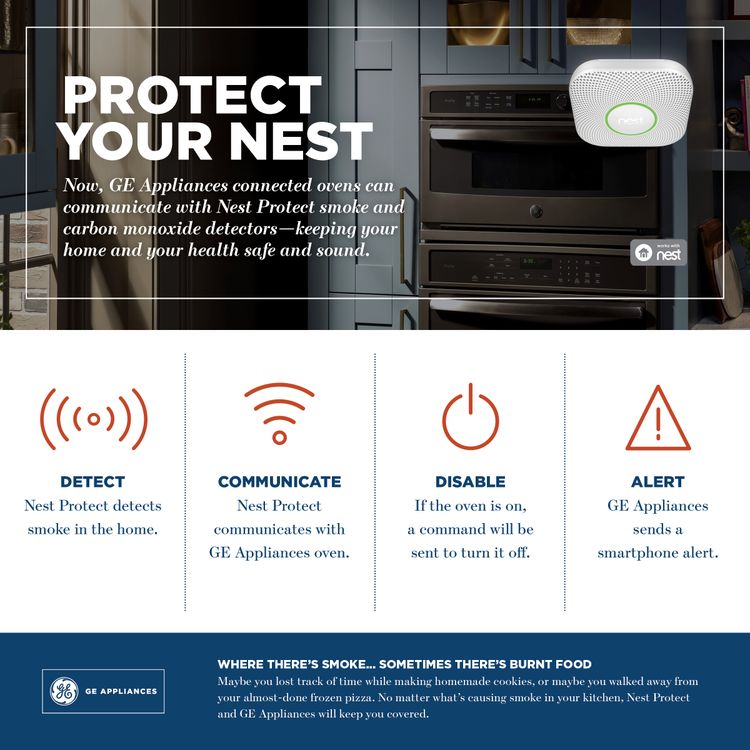