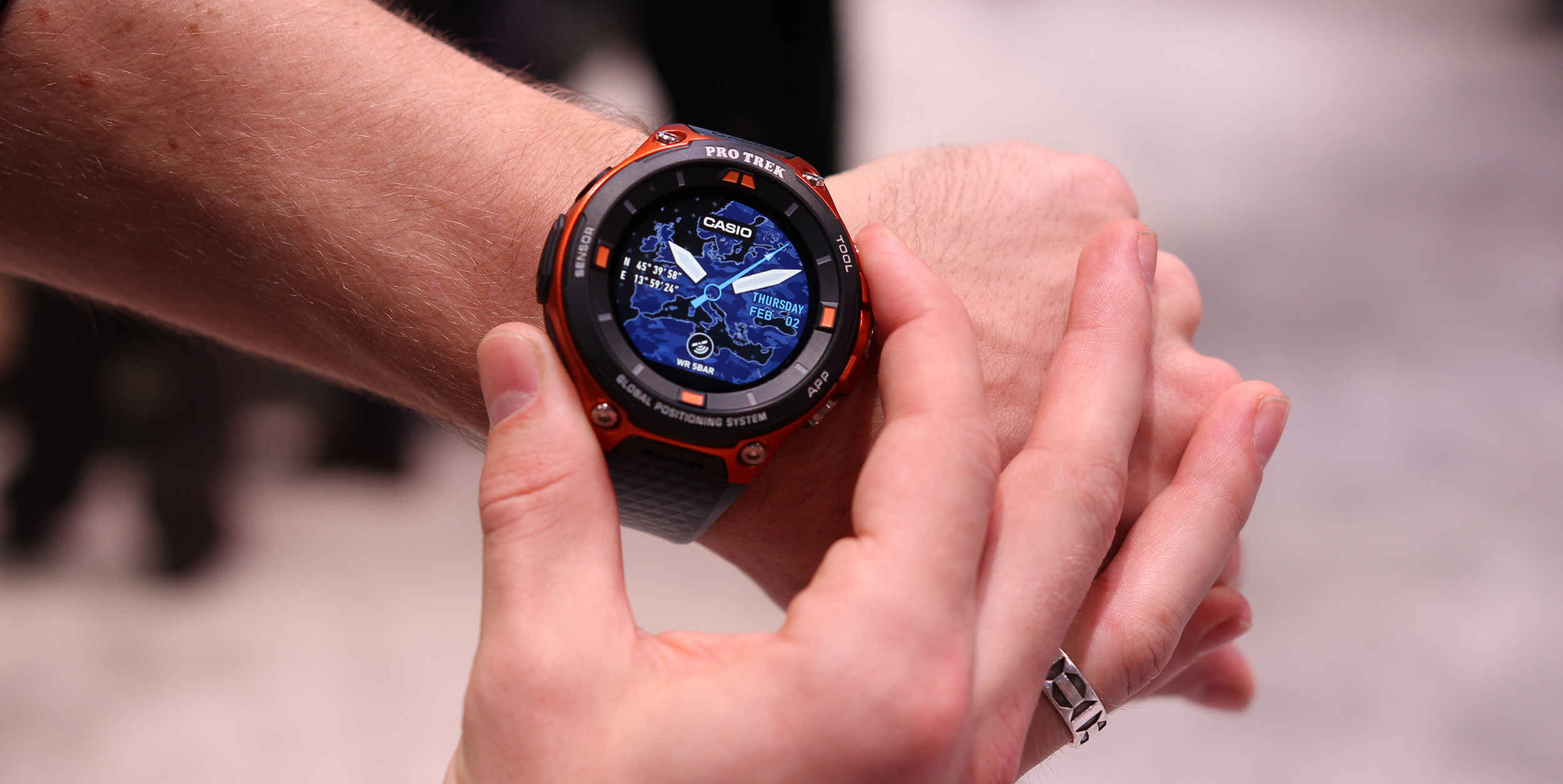 Android Wear has made its way to quite a few styles of smartwatches, but few have been as, striking as those from Casio. The Casio WSD-F10 rugged smartwatch certainly turned heads at last year’s CES and for 2017, Casio has refreshed that watch with a few key additions.

First and foremost, Casio has somehow made the biggest Android Wear smartwatch on the market even bigger. The difference isn’t huge, but this watch is noticeably huge on the wrist, even compared to the already large Samsung Gear S3 (as shown below).

Filling in that extra space is an altimeter, barometer, and GPS which were all absent from last year’s model. Thankfully, during my brief try-on I found the watch is slightly thinner compared to the previous model which makes it a bit less insane and more comfortable on the wrist.

The display on the watch is also quite good considering what it does. The 1.32-inch LCD display can go into a power-saving monochrome mode which extends battery life into the weeks range, and colors still looks fairly good.

Displayed on the watch is Android Wear 2.0. On the show floor we were able to see what looks like a new build of the OS, but we were unable to learn any extra details about it since Casio had every model locked into demo mode. That said, we did get to see some of Casio’s various outdoor features such as tracking weather conditions for various activities. Further, Google Assistant was shown off on the watch, but obviously not in working order.

So far, Casio’s second-gen rugged smartwatch looks like a far better option compared to the first, but it’ll all depend on pricing. Casio has stated that the watch will release on April 21st, presumably with Android Wear 2.0 pre-installed.