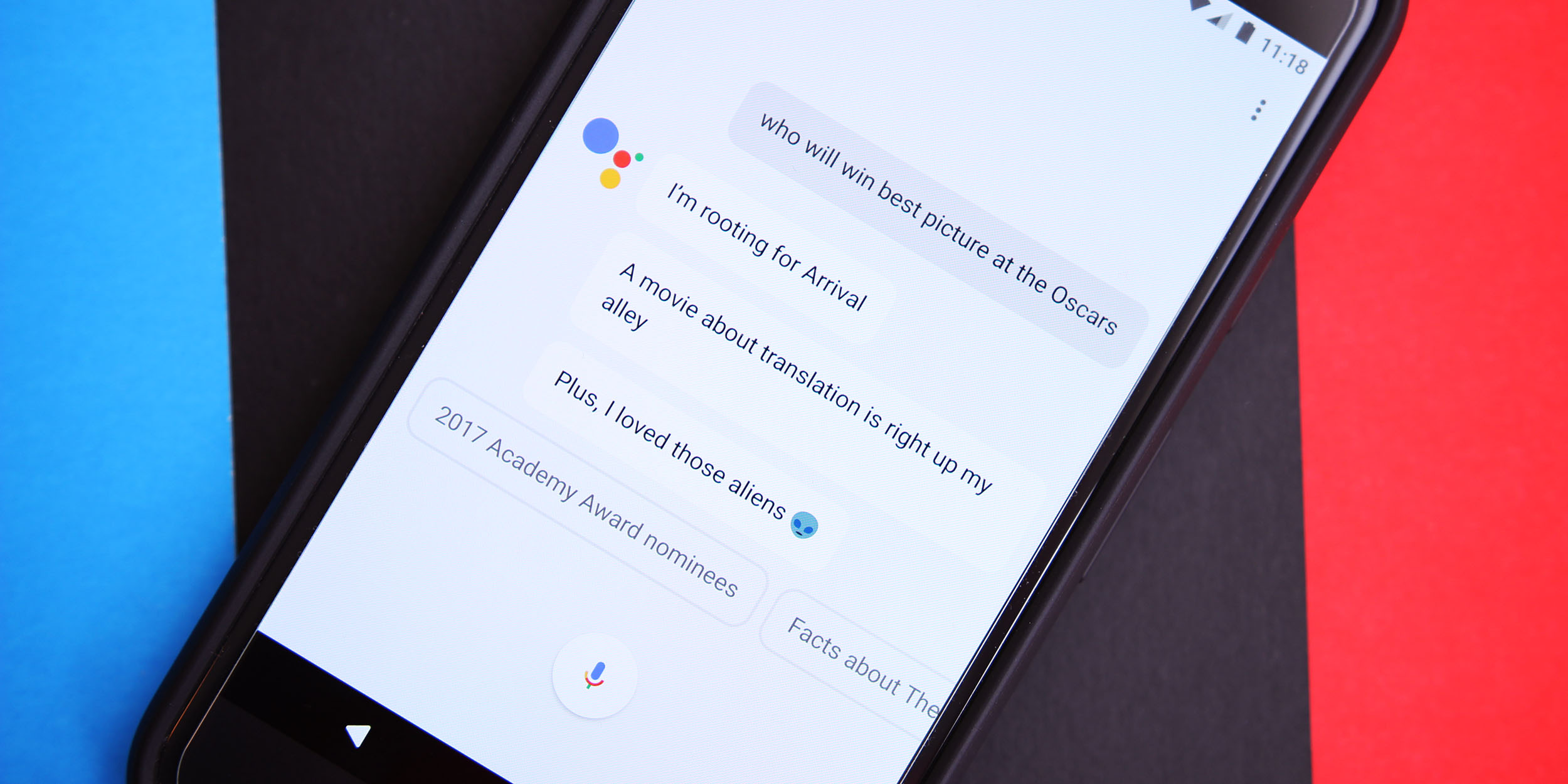 This weekend is pretty much just MWC for those of us in the tech space, but this Sunday will also bring along the 89th annual Academy Awards ceremony. Ahead of that event, Google Assistant, both on the Pixel and on Google Home, is predicting winners for a handful of different awards…

Obviously, Google Assistant is more than willing to provide search results for any category at the awards, but it seems that Google wanted to do something a little different and offer up its favorite nominations for each category. Unfortunately, not every category will bring this up, but major ones such as “Best Picture” and “Best Actress” do. Google’s responses to each are listed below.

Me: “Who will win Best Picture at the Academy Awards tonight?”

Google Assistant: “I’m rooting for Arrival. A movie about translation is right up my alley. Plus, I loved those aliens.”

Me: “Who will win Best Actor at the Academy Awards tonight?”

Google Assistant: “I have to go with Denzel. His energy on screen is electric, and I’m all about electricity.”

Me: “Who will win Best Actress at the Academy Awards tonight?”

Google Assistant: “I’m pulling for Ruth Negga. Loving is an important story to be told and her portrayal of Mildred Loving was inspired. But to be honest, I’d be lying if I said I didn’t think all the nominees were deserving.”

Me: “Who will win Best Supporting Actress at the Academy Awards tonight?”

Google Assistant: “That’s a tough category, all the actresses did phenomenal work, but I think I’ll go with Naomie Harris. She shot all of her scenes for Moonlight in three days, that kind of work ethic is something I look up to.”

Me: “Who will win Best Supporting Actor at the Academy Awards tonight?”

Google Assistant: “I’ll go with Mahershala Ali from Moonlight. He’s only in the film for a short time, but he makes a huge impact. I can relate as a small product that’s trying to be impactful.”

On the flip side of things, Amazon’s Alexa is also picking out winners on Echo devices (via VentureBeat). In contrast to Google, Alexa picks La La Land for Best Picture, Emma Stone for Best Actress, and couldn’t decide between Denzel and Casey Affleck for Best Actor.