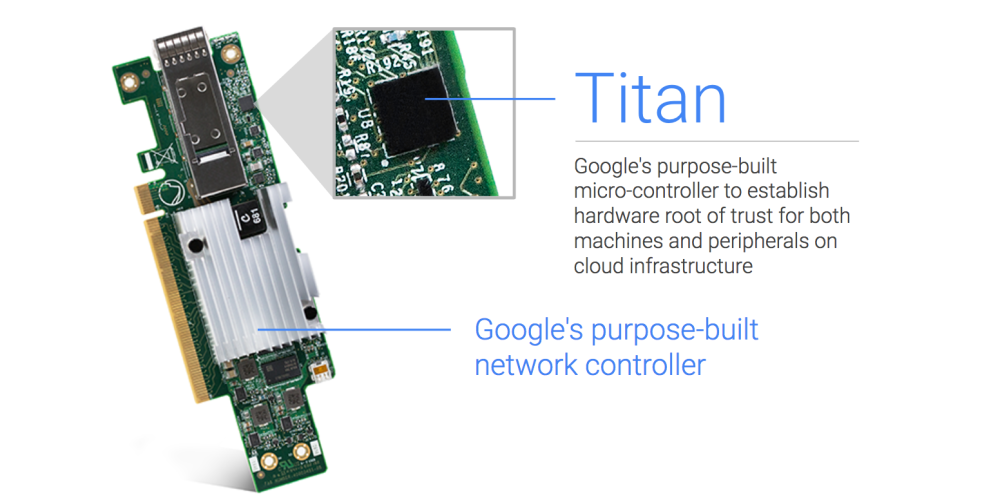 In the midst of several app and service launches at Cloud Next ’17, Google also announced several hardware-related developments. With Cloud Platform gaining GPUs last month, Compute Engine is doubling the number of CPU cores available to virtual machines, while Google showed off its Titan security chip for data servers.

Compute Engine users can now run software and other tasks on up to 64 core virtual machines. The amount of memory available at the highest spec also sees a doubling to 416GB of RAM, greatly aiding memory-intensive applications. These options are available now in both standard and custom machine configurations.

Google also announced that Compute Engine should begin seeing configurations with higher cores and over a terabyte of RAM later this year.

On stage, Urs Hölzle, SVP of Technical Infrastructure for Cloud, also showed off more of Google’s custom-made chip hardware. In talking about a purpose-built network controller used in data centers, Hölzle specifically focused on the Titan chip that resides on the controller board.

Responsible for establishing “hardware root of trust for both machines and peripherals on cloud infrastructure,” it aids in securely identifying and authenticating access at the hardware level. The company is increasingly entering chip development, especially with Tensor Processing Units for machine learning.