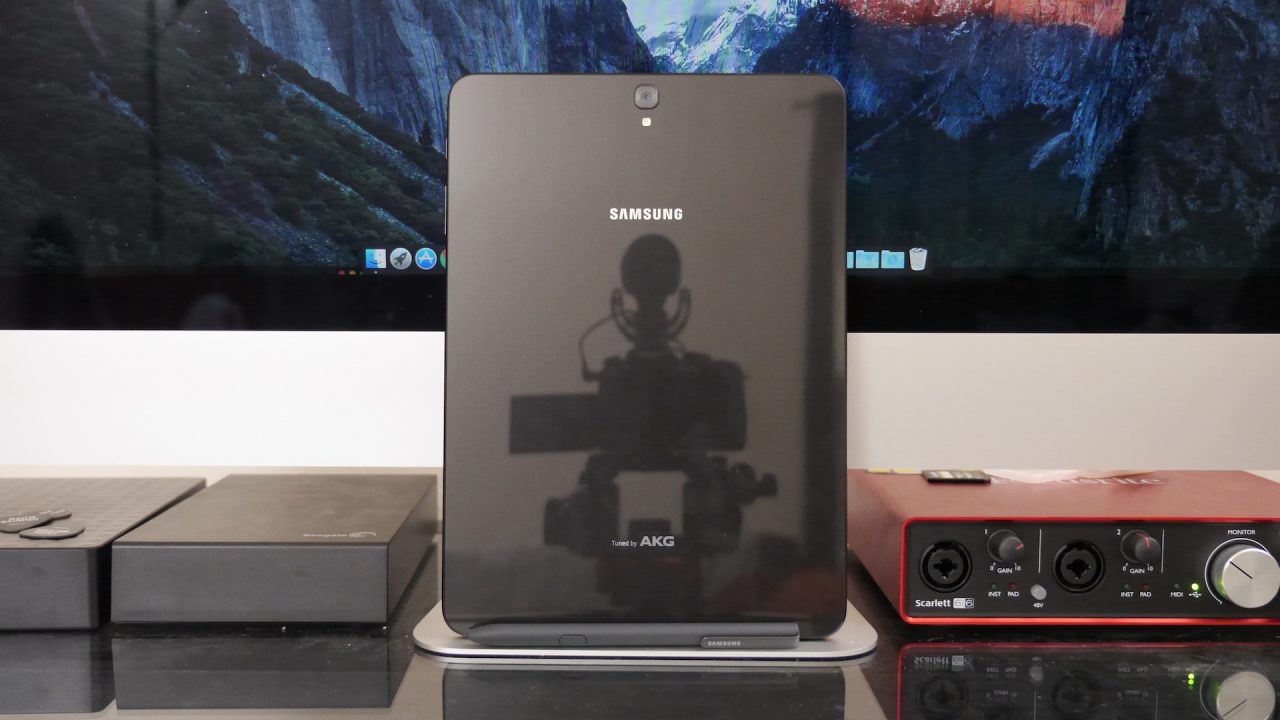 Two-in-one laptops and large phones have all but killed the standalone tablet market. Android tablet sales have been stagnant for a while now, and Apple is even rumored to be discontinuing the iPad mini. Samsung, on the other hand, seems more hesitant to throw in the towel.

The Galaxy Tab S3 is the company’s gorgeous new tablet, blending a modern design with superb build quality, stylus support, and Android 7 Nougat. It’s an attractive device, but carrying a hefty $600 price tag, it’s going to have to be special to be worth a second glance on store shelves.

Samsung did a masterful job with this device’s hardware. Like the Galaxy S8, it features a metal and glass unibody design, though unfortunately it doesn’t carry over the S8’s Infinity Display or water resistance. Yes, the glass back means it’s a fragile fingerprint magnet that you’ll constantly be wiping down, but it looks and feels premium nonetheless. It’s also shockingly thin at just 6mm thick, and the 429 grams of weight are nicely distributed across the body.

The Tab S3 is the first Samsung tablet to ditch microUSB and utilize USB Type-C (and USB 3.1), but thankfully it hasn’t ditched the 3.5mm headphone jack in the process, and it even has a microSD tray to expand the 32GB of onboard storage by up to 256GB. There’s 4GB of RAM inside as well, and powering the tablet is a quad-core Snapdragon 820 SoC with an Adreno 530 GPU. 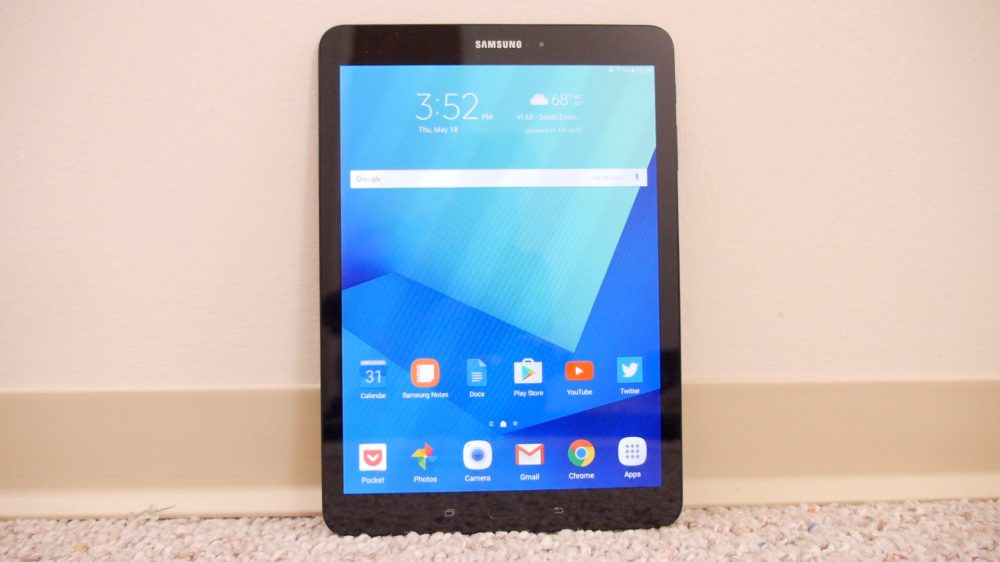 Of course, the main attraction is the Tab S3’s display. It’s a 9.7-inch QXGA (2048 x 1536) Super AMOLED display with vibrant colors and great viewing angles. Its wide range for brightness means you’ll be able to use it in practically any situation, from sitting in direct sunlight to lying in bed — but that’s not the callout feature here.

The Tab S3’s display also has S Pen functionality like the Galaxy Note series, and even includes an S Pen in the box. Unfortunately there’s nowhere on the Tab S3 to stow away the S Pen when it’s not being used, more than likely a result of how thin the tablet is. On the bright side, since the S Pen doesn’t have to fit anywhere inside of the tablet, Samsung made it much thicker (9.4mm) than the ones found in Galaxy Note devices, making it far more comfortable and easier to grip. The tip has been trimmed down to just 0.7mm and detects 4096 levels of pressure for the most natural, pen-like experience possible.

Along with the large display, there are also four speakers on the Tab S3; two above the display, and two below. They’re tuned by AKG and they sound much louder than I’d expected coming from such a thin device, but the output is pretty tinny. It’s definitely good enough for watching YouTube or some of those HDR videos — I’ve spent a lot of time this week watching videos on the Tab S3 since it’s easier to carry around the apartment than my 15-inch laptop. But bass is pretty much nonexistent from the quad speakers, and if you’re listening to music with a lot of treble in the mix like rock and metal, the already annoying high-end quickly becomes shrill and inarticulate.

The Galaxy Tab S3 runs Android 7.0 Nougat alongside Samsung’s UI overlay. At its core, the software experience is largely that of the Galaxy S8, with the same bright and colorful interface, and yes, the same amount of preloaded apps.

Most Google apps on the Tab S3 have a Samsung equivalent; Play Store and Galaxy Apps, Gmail and Email, Chrome and Internet, Photos and Gallery, and so on. At the very least, Google Play Music is the default music app rather than Samsung’s own. There are a few Microsoft apps pre-installed as well, namely OneDrive, Skype, and the Office suite. 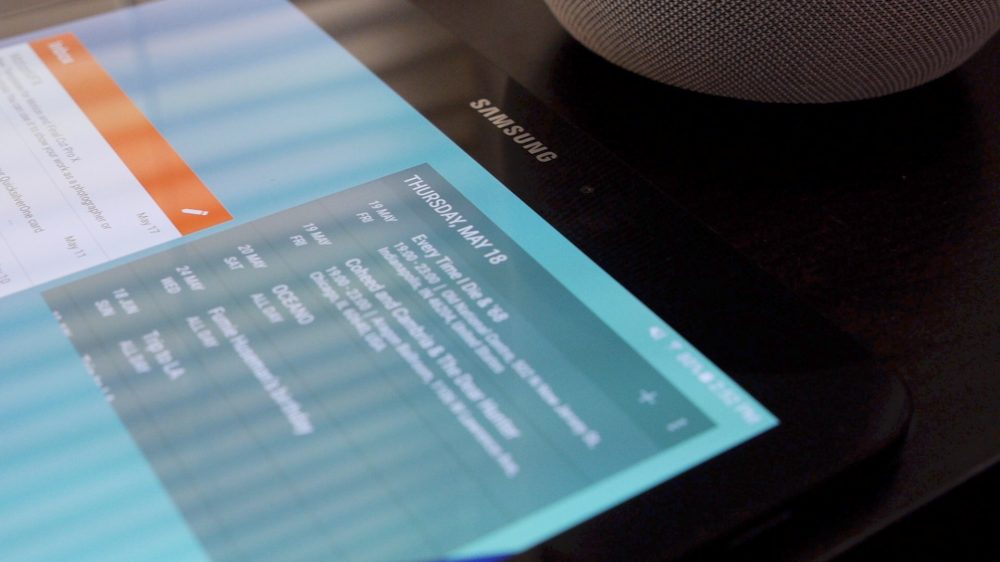 Samsung Notes is probably where you’ll spend a lot of your time on the Tab S3 if you plan to take advantage of the included S Pen. It’s where all of your drawings reside (although much like the Galaxy Note 7, there’s a floating pen button that lets you use the S Pen for various actions like drawing on screenshots), and you organize text and images here as well.

If you jot any particularly private ideas down, you can store them in Samsung’s Secure Folder for safekeeping. Items hidden in the Secure Folder can only be accessed by authenticating with a pattern, PIN, password, or fingerprint. You can even make copies of existing apps with separate user profiles from within the folder, making it ideal for protecting personal information.

Day-to-day performance on the Tab S3 is smooth and snappy thanks to the Snapdragon 820 SoC. Aside from some very minor occasional performance issues while running two heavy apps in split screen mode, it seems to have no trouble quickly switching between apps using the Recent Apps window, and games like Don’t Starve and Fall Out Shelter ran without issue as well.

In general with light to moderate usage, the Tab S3 consistently managed to squeeze out between ten and twelve hours per charge during my testing. Gaming will definitely shorten the lifespan by a few hours, but nearly everything else I do with a tablet (streaming video, scrolling through social feeds, listening to podcasts over either the built-in speakers or a Bluetooth speaker, etc.) fits within Samsung’s projected 12-hour battery endurance. 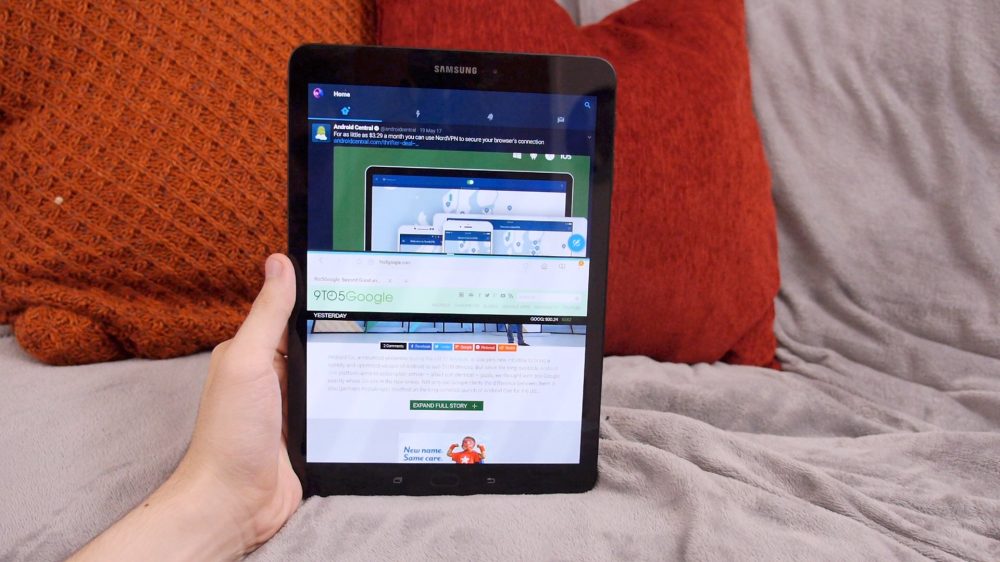 Using the included adaptive fast charger, the Tab S3 can recharge from zero to full in about three hours, which is pretty good for a 6000 mAh battery. If you miss charging it one night, it also has good standby time, usually only losing approximately 4% charge overnight.

From a sleek and premium design to good battery life, speedy performance, S Pen support, and more, it’s safe to say that the Galaxy Tab S3 is one of the best Android tablets around — perhaps even the absolute best. It checks just about every box a tablet can, but unfortunately all of those features don’t come without a cost — in this case, $600.

That’s not just tough to swallow for an Android tablet; that’s a lot to ask for any tablet running a mobile OS. For all that you get, it’s not that the Tab S3 feels unjustified with its pricing, and a year or two ago I probably could’ve given a much more glowing review with a definite “must buy” stamp of approval.

But this is the age of jack-of-all-trades computers, and a quick Google search was all it took to find a brand new Surface Pro 4 on sale for just $50 more than the Tab S3. For that extra $50, you get a bigger screen, more powerful specs, and a full desktop operating system. At the very least, I feel like the optional keyboard cover ($130) should’ve been included to better compete with the growing convertible market. 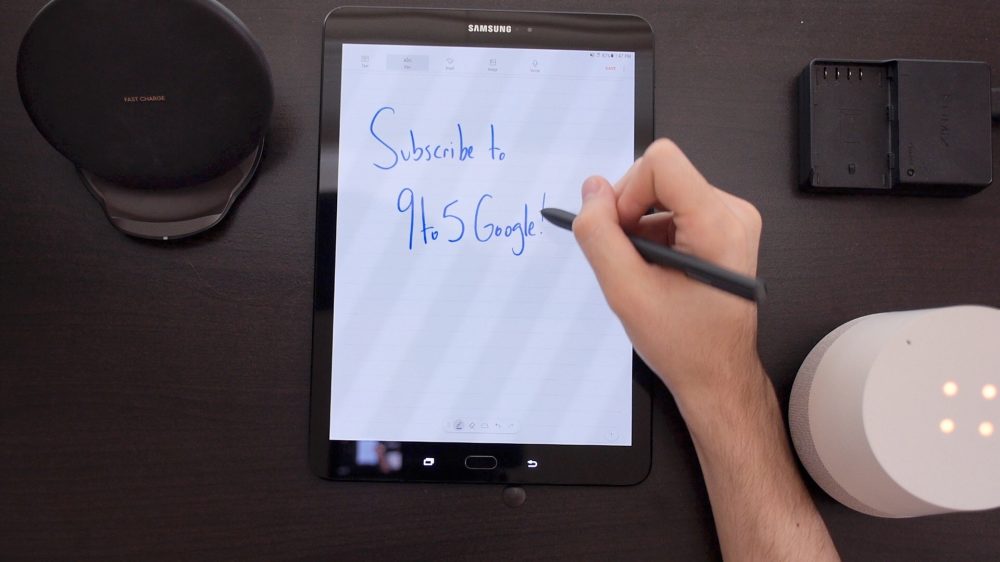 It’s important to note, however, that the Tab S3 isn’t really meant to compete with the Surface Pro 4 or other tablet/laptop hybrids … it’s meant to compete with the iPad Pro. Both devices start at $600 (though the iPad is currently on discount) with the same 32GB storage capacities, but the Tab S3 has microSD expandability and comes with the S Pen; Apple users need to cough up another $100 for the Apple Pencil. Compared to the iPad Pro, the Tab S3 starts to look like a much better deal to me.

Personally, I’d love to see a smaller version of the Galaxy Tab S3. I’m just not a huge fan of large tablets, and a smaller option would likely carry the smaller price tag Samsung really needs for this stellar tablet to sell well. As it stands, the Tab S3 certainly has a place with would-be iPad Pro users, but for the average consumer who just wants a device to casually watch content and play games on, this probably isn’t the right choice. Still, while I tend to fit more into the latter category, I’m really going to hate sending this thing back.