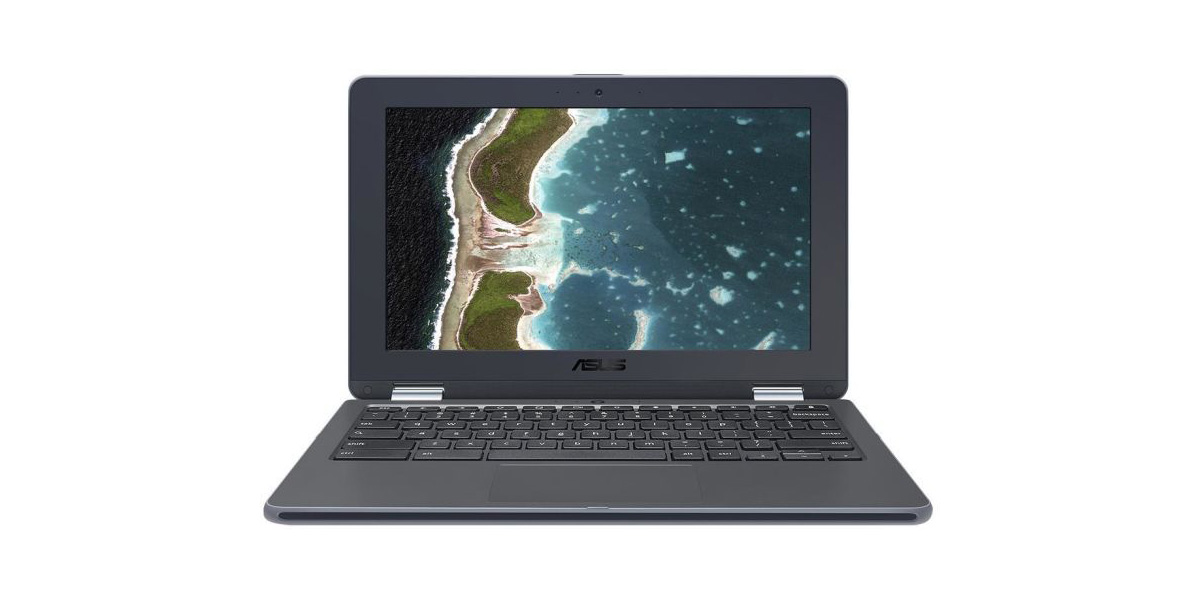 ASUS has released some pretty successful Chromebooks over the past couple of years, and 2017 looks to be one of the best years to date for the company’s machines. The C302CA from earlier this year is a fantastic option and the upcoming refresh of the original Chromebook Flip looks excellent. Now, as discovered on the show floor at Computex, the company has another Chromebook in store for us…

The ASUS Chromebook Flip C213NA is a lot like the C101 in terms of form factor, offering a 360-degree hinge and touchscreen display, but with some big changes (via Lilliputing, Mobile Geeks). The first is that this is a device aimed at education. Thus, it offers a larger 11.6-inch display, ruggedized design, and higher levels of key travel.

The display also offers up a stronger resolution of 1600×900 which gives the machine a bit of extra screen real estate compared to a standard HD scenario. In terms of cameras, this machine actually offers two. One is a standard webcam, but the other is positioned at the top of the keyboard with the idea being that, when flipped around, that sensor can be used as a rear-facing camera.

Pricing is unknown at this time, but based on the specs and form factor, it feels likely that this will land under $300 per unit, if not less for schools that buy in bulk.