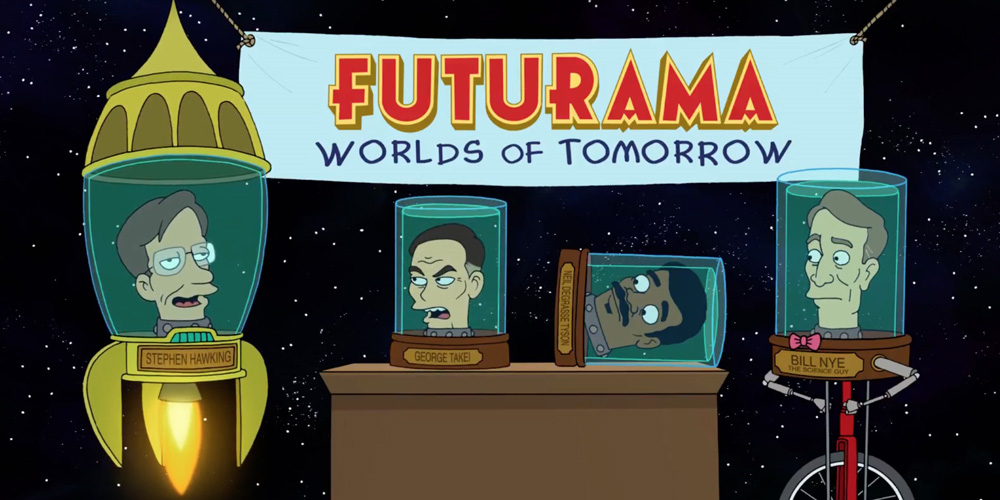 After first announcing a new mobile Futurama game back in February, and teasing it with an initial trailer last month, TinyCo has revealed that Futurama: Worlds of Tomorrow will be launched on June 29.

The company has also created a new trailer for the game (below) featuring Stephen Hawking, George Takei, Bill Nye, and Neil DeGrasse Tyson …

The trailer was created in partnership with Futurama creator and Matt Groening, working with the original Futurama writing team.

Oh, you guys wanna do a game? That’s fine. But we’re gonna sneak some more Futurama episodes in there on whatever device people are gonna be using.

You can view the trailer below. An earlier, and much simpler, freemium Futurama game is available on Google Play.

Watch out for the new one on June 29.