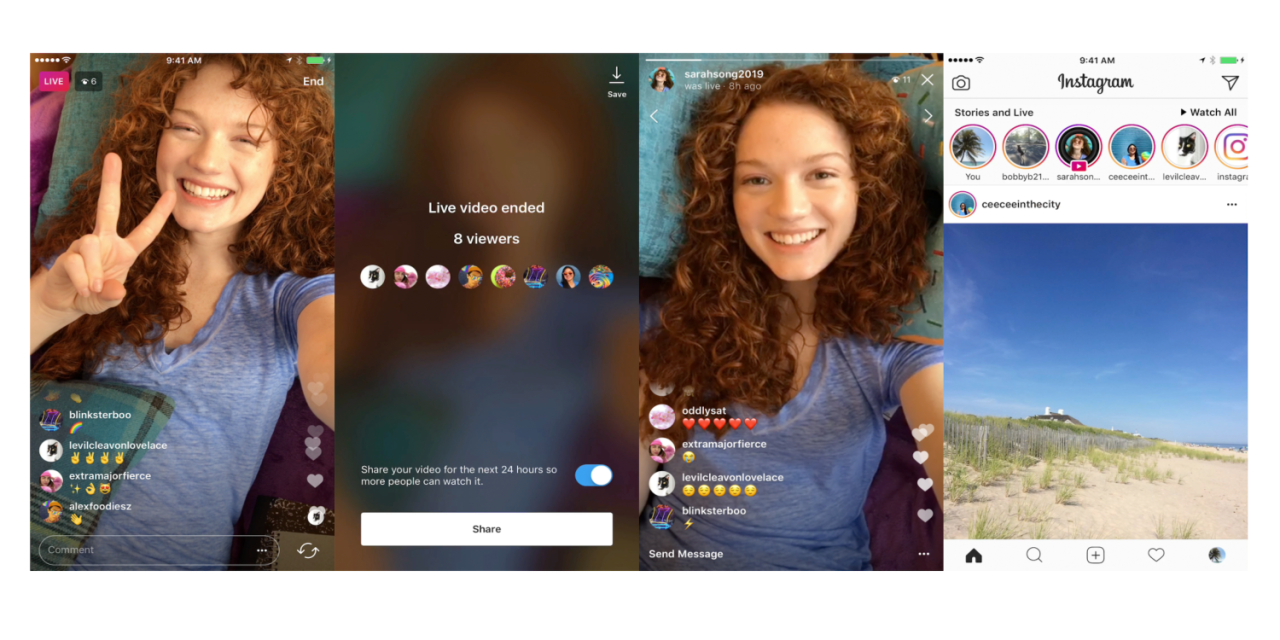 After deciding to clone Snapchat’s Stories feature and roll it out to Instagram last August, today the company offered an update on progress, confirming the feature now has 250 million daily active users. That’s up from the 200 million it announced back in April when it officially surpassed Snapchat. In comparison, Snapchat was at around 166 million daily active users as of its last announced numbers in May.

The company is also announcing a new video replay feature that allows users to share clips of videos that were previously available as live video on Stories:

When your broadcast has ended, you’ll be able to tap “Share” at the bottom of the screen to add your replay to Instagram Stories for 24 hours. You can also tap the toggle and choose “Discard,” and your live video will disappear from the app as usual.

When someone has shared a Live Video replay to Stories, you’ll see a small play button appear on their icon to indicate so (as pictured in the screenshot above on the right).

The announcement on active users was made by Facebook’s global head of sales Carolyn Everson, who also said the company has plans to bring Stories to more of its platforms(via CNBC):

“We think Stories is also another format that not only consumers but advertisers use,” she said. “You are going to see Stories on our other formats as well.”

She added that around one third of users interacting with Stories are businesses.

Instagram has continually been adding new features and functionality to the Stories feature, most recently announcing new stickers arriving for summer this week.