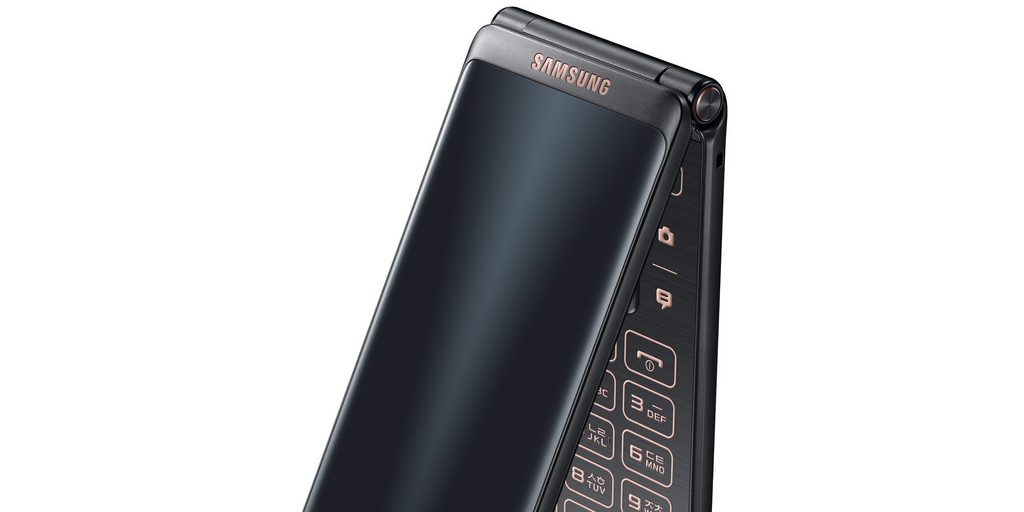 With Verizon announcing its first LTE feature phone last week and today’s announcement of the Galaxy Folder 2, it seems that flip phones are seeing a minor comeback. Made by Samsung, this second-generation device is considered a “folder phone” and smartphone hybrid.

Available in South Korea, Samsung positions the device as providing the intuitiveness of flip phones, but with smartphone features.

The former is achieved by a large keypad, with separate shortcut buttons for contacts, texting, social, and camera next to the D-pad. Just above are the familiar Android navigation bar buttons, but in physical form. Other design flourishes include a smooth front and rear, as well as a soft touch material that provides “excellent grip.”

Meanwhile, the smartphone half is powered by Android 6.0 Marshmallow. Customizations include a widget that provides quick access to the pedometer and data usage information. There is also an “Easy Mode” to increase icon and text size.

On the hardware front, there is a 3.8-inch display, but no outward-facing screen when closed. A 1.4GHz quad-core processor with 2GB of RAM and 16GB of storage drives the flip phone. Expansion is possible thanks to a microSD card slot with a 1,950mAh battery rounding out the remaining specs.