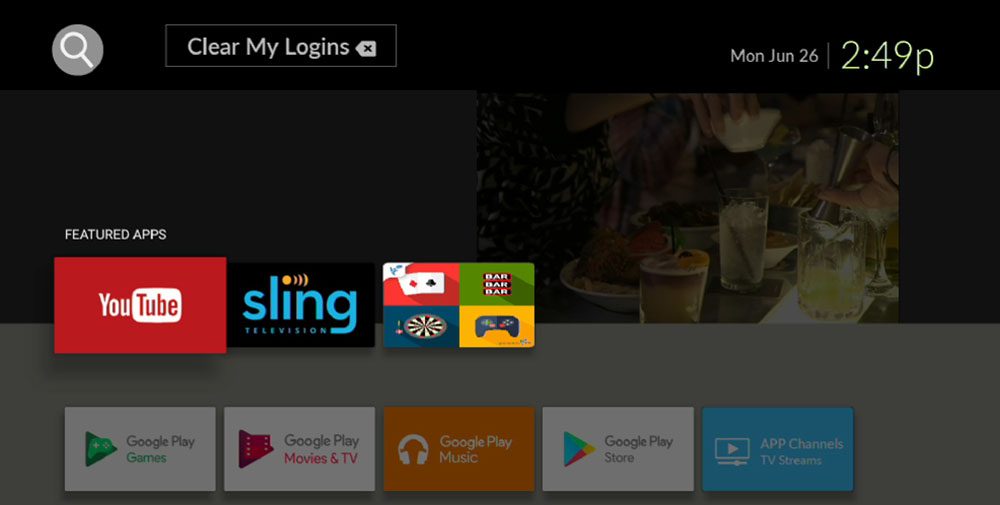 When you finally get to your hotel after a long flight or drive, the only thing you probably want to do is lay back on the bed, flip on the TV, and watch one of your favorite shows. Traditionally you’d have to learn the new channel layout or fork over cash for on-demand services, but Dish wants to change that with a brand new Android TV-powered box designed for hotels.

Dish’s new “Evolve” platform consists of a set-top box in every room and a central Smartbox that connects to those. This allows hotels to skip setting up a dish outside of every room and instead push cable to all of them from one point. It’s not dissimilar to AT&T/DirecTV’s STAYCAST which was just announced a few days ago. However, the big benefit to Evolve is Android TV.

Each set-top box is powered by Google’s OS, of course with a few changes. The overall UI is the same and you’ll still have access to the Google Play Store and the thousands of Android TV apps available there. That includes the likes of Hulu, YouTube, Sling TV, and more. You’ll be able to easily sign into these apps and use them as you would at home, then when it’s time to checkout, simply use the built-in option to clear all logins.

If you’d rather not spend time logging in, Chromecast functionality is built-in. Hotels will have the option to adjust things such as the welcome screen, but as with any Android TV, the core experience is going to remain the same. One of the other big perks of using Android TV with a box like this is that users will be able to connect Bluetooth headphones to listen to their shows or movies without disturbing others in the room.

Users will, of course, be able to access Dish TV services through the box with live video preview and an “advanced programming guide” with genre filters and more. The box also features built-in WiFi and Ethernet for connecting to the internet on your personal devices and support for 4K output.

Evolve is available now, but Dish has yet to confirm if any hotels have it and which are considering the service. Personally, I’m very much hoping that it catches on.