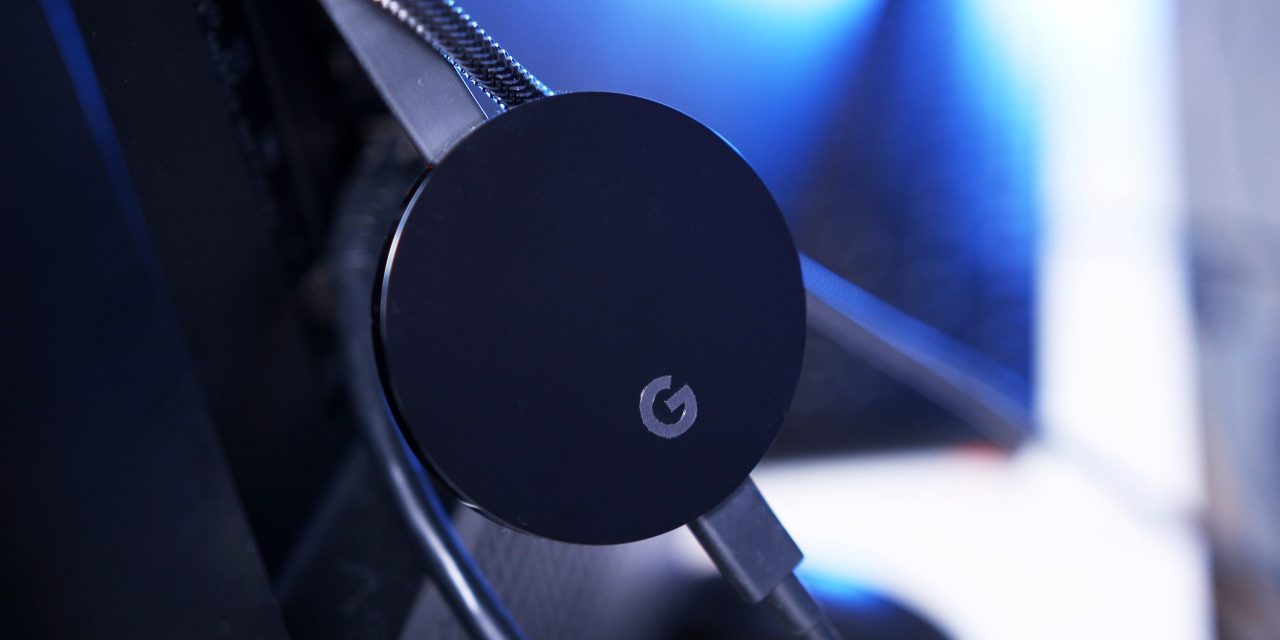 There’s a huge battle going on in the living room between the various streaming platforms on the market. Google has long tried to make itself heard in this field, but most of its efforts aren’t very successful. That is, until four years ago. Chromecast finally launched Google into the market, but it’s still facing a constant battle with the ever-popular Roku.

According to eMarketer, the streaming market for 2017 is forecasted to include 168.1 million users in the United States. That’s a jump of over 10% from the year before, and the majority of those users are actually Smart TV users, meaning they use the streaming apps built into their TVs. This should come as no major surprise seeing that most new TVs on the market today ship with an app-capable OS of some sort, Android TV in some cases.

Over 81.2 million people are using smart TVs in 2017, a massive increase of nearly 31% from the year before. Paul Verna, an analyst at eMarketer says that “more people are buying smart TVs than previously anticipated.”

The result of that is a lack of sales for third-party streaming boxes. Nonetheless, sales for these devices remains fairly strong, particularly between three categories of devices — Roku, Chromecast, and Fire TV. 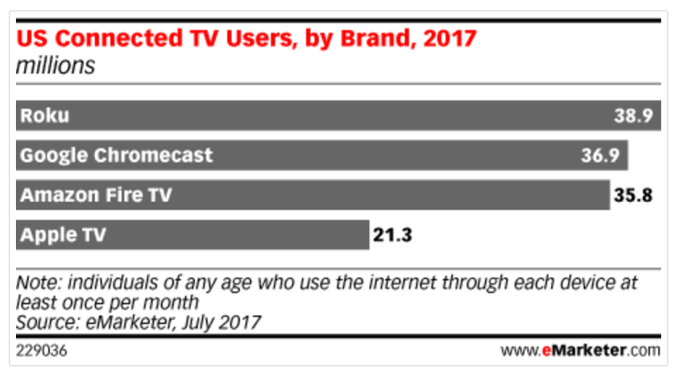 Roku tops the list with an estimated 38.9 million US streamers using the device at least on a monthly basis, a 23.1% chunk of the total number of streamers in total. Why does Roku hold the top spot? The easy reasons are content availability and the variety of different hardware form factors. eMarketer also points out Roku’s neutral stance in the market.

As the only major market participant not affiliated with a content or TV device platform, Roku has used its neutrality to strike deals with a wide range of partners, including smart TV makers, over-the-top (OTT) service providers and social media companies. That expansive strategy, combined with the company’s broad selection of connectivity devices at various price points, has put Roku at the head of the pack.

Google’s Chromecast platform sits in a healthy second place here, taking up about 22% of total users, or 36.9 million. Amazon doesn’t sit too far back either, grabbing 35.8 million users or 21.3% of the total. There is, of course, some overlap there, as many, myself included, use more than one type of streaming device.

Apple TV, on the other hand, sits at a distant fourth place, taking just 12.7% of the market with around 21.3 million users. The gap is expected to grow, too, as competitors are expected to gain 20-30 million users in the next 4 years, Apple TV is expected to only grow by about 4 million. Price and content availability are the two obvious causes of that.

It’s interesting to note that Android TV doesn’t make the list here. While one would hope that the upcoming redesign will help out, the lack of compelling hardware outside of the Xiaomi Mi Box and Nvidia Shield doesn’t spell well for the platform’s market share.