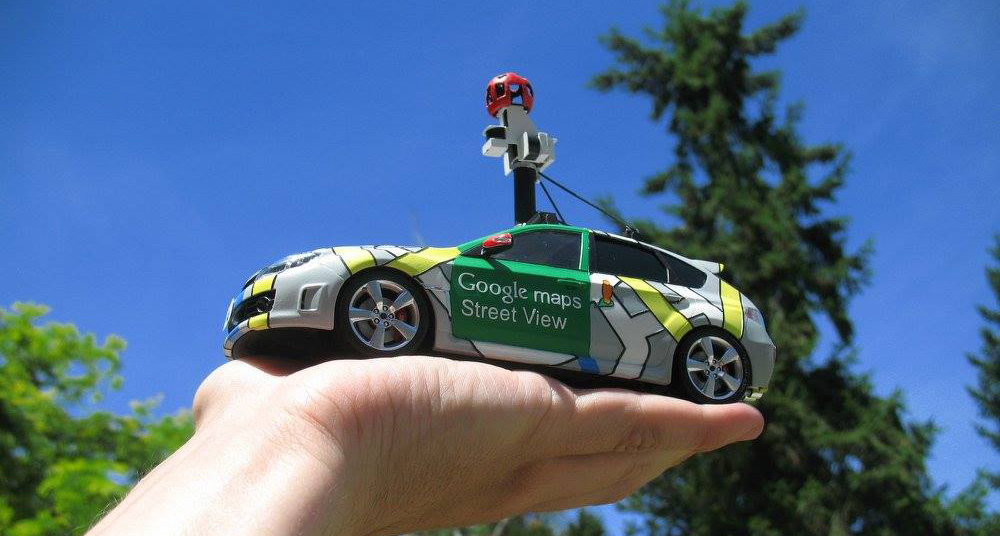 Google’s Street View cars are pretty well known and iconic for their role in developing Google Maps, and quite a lot of those cars are based off of the Subaru Impreza. Now, a model car fan has developed a scale model of Google’s vehicle, with a fun little twist.

Fabrizio of Brizios.com is no stranger to customizing various types of model cars, and to make his own miniature Street View car, he took a 1/24 scale model of the Subaru Impreza (an STI model to be specific) and set to work customizing it. A new paint job adds the Google’s iconic Maps styling to the car, as well as Google’s logo and the Street View moniker. It’s very well done, and looks hand-painted as well.

Google doesn’t use the STI model for Street View photography, but the resemblance is still very much there, even if some of the accents feel a bit out of place. Really though, the level of detail on the model is just incredible. Everything down to the sensors mounted up top to the colored mirrors looks fantastic and accurate to what Google used on the real thing.

What’s most impressive about this entire project is that Brizios added a working camera to the car. Within the small red dome on the roof rack, there is a small micro camera which is powered by a small battery and circuit board housed within the car. The camera itself is controlled by a remote control. I think we can all see where that’s heading — Street View Hot Wheels tracks.

A “selfie” taken by the on board camera

Regardless, this project is just one of many from Brizios. You can see the Street View car and his various other projects on his website or Facebook page. We’re hoping to get a sample from the embedded camera soon.