The revival of the Note series in the Galaxy Note 8 is one of the most highly-anticipated releases this fall, and among other things, one of the phone’s most interesting features is the dual-camera system. While we’ve seen several OEMs adopt this feature to varying levels of success, Samsung’s first mainstream dual-camera is one to be excited about, even though we haven’t known anything about what it can do. That is, until today.

Samsung-Electro Mechanics is rumored to be supplying the Note 8’s dual-camera system, and recently, some material on SEM’s website revealed a few features that the cameras are capable of. The company highlights four primary uses for the dual-sensors which include zoom, perspective, low light, and depth.

Zoom is arguably the most impressive option here based on the examples shown. SEM details the difference between standard 3x digital zoom and 3x optical zoom in the demo, meaning that this sensor is capable of 3x optical zoom, something that we’ve yet to see. As you can see in the demo, the levels of sharpness seen between digital and optical zoom are very significant. 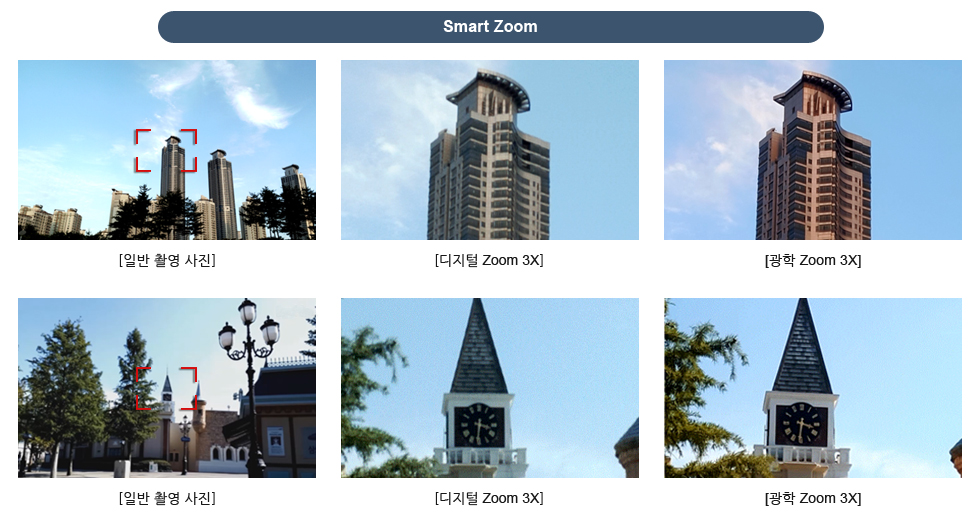 Another feature detailed is perspective shift. Since the system takes shots from two slightly different angles, Samsung has the option to use software in the Note 8 to create an image which can adjust the perspective slightly with input. This could be a touch-based interaction, but the material hints at the ability to adjust it based on rotating the actual device in its entirety.

Further, low light photography gets an edge thanks to this system, with what Samsung calls “Super Night Shot.” As seen in the demo, a single sensor may not capture enough light, but with two sensors, the device can pull in more light in dark environments. That leads to a more detailed image with brighter colors.

Lastly, SEM details the ability to pull depth from dual-cameras. This is something that’s not new, but with that information, the Note 8 could offer the ability to refocus shots after taking them, or even make measurements. This could come in handy especially if Samsung decides to take a stab at the AR game.

While none of these features are 100% confirmed for the Note 8, it feels likely that we’ll see them. It’s not unlike Samsung to go above and beyond with a new feature, and these abilities seem right up its alley.

Along with that, the Galaxy Note 8 was also recently spotted making a run through the FCC. While it doesn’t provide us with any new information, it does help confirm that the phone’s retail release isn’t too far away.