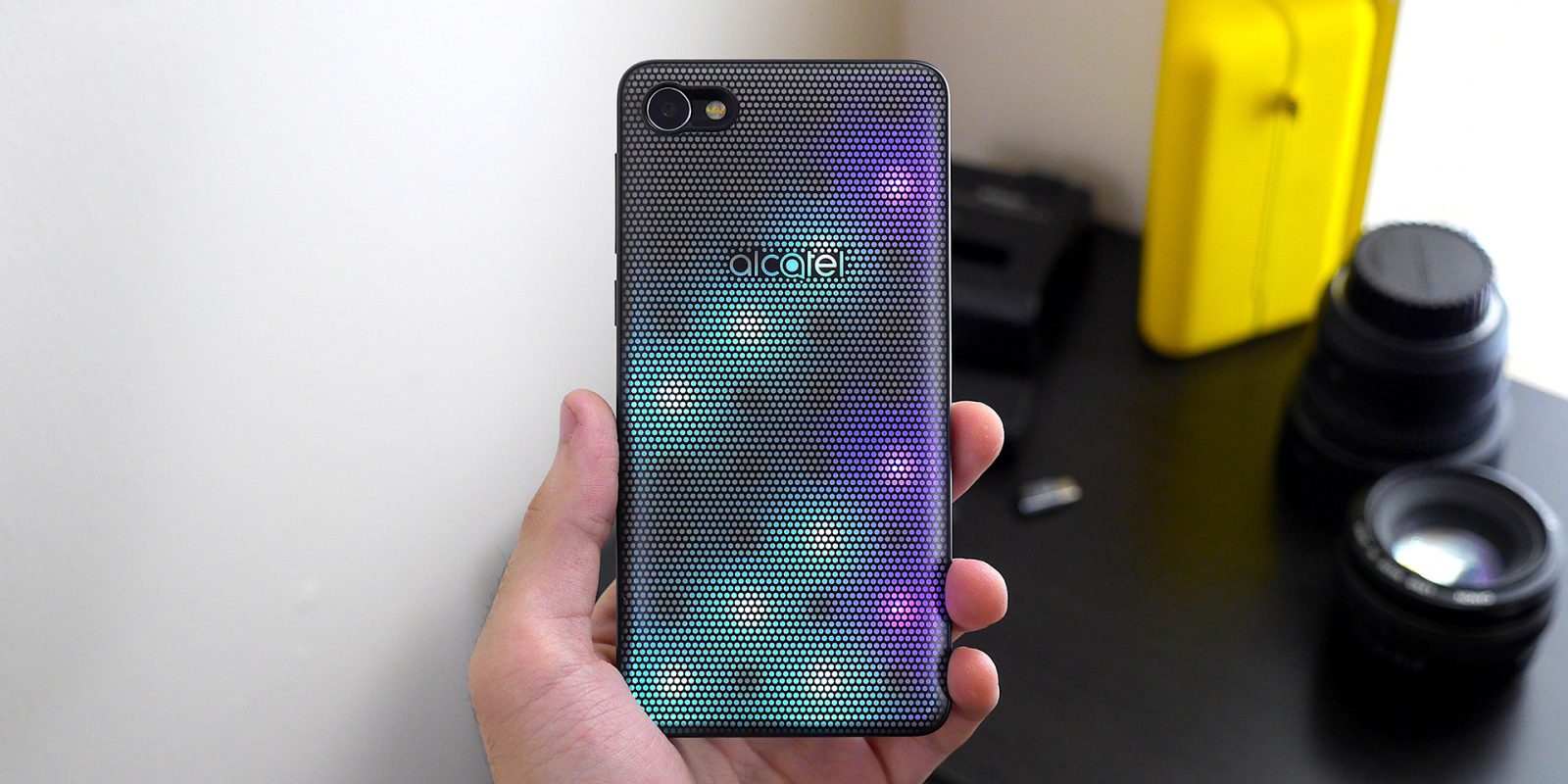 Good phones are getting cheap, and Amazon is helping make them even cheaper with its range of Prime Exclusive Phones, offering discounts on already-inexpensive handsets in exchange for preloaded Amazon software.

The Prime Exclusive lineup features popular budget phones like the Nokia 6 and Moto E4, and the new addition of the Alcatel A50 brings budget modularity to the masses.

From a quick glance, the A50 is a pretty typical budget smartphone. It’s fairly light at 145 grams, and with a 5.2” screen it’s manageable in one hand. It’s great to see USB-C at this price point, and the power and volume buttons are nice and clicky — though they’re integrated into the removable back plate, so your experience may differ depending on which backing you use.

The default back plate is stylized to look like metal, but Alcatel isn’t fooling anyone; the backing and the rest of the A50 are plastic through-and-through. Should you want a different backing, though, Alcatel is trying its hand at modularity with its new Snapbak (stylized in all caps) covers.

The review unit I received came with Alcatel’s LightUp Snapbak, which illuminates its multicolor LEDs to correspond with notifications and music playback. There are two other Snapbak covers that add a larger battery or a louder speaker to the A50 as well, effectively mirroring Lenovo’s Moto Mod system with a much cheaper cost of entry. 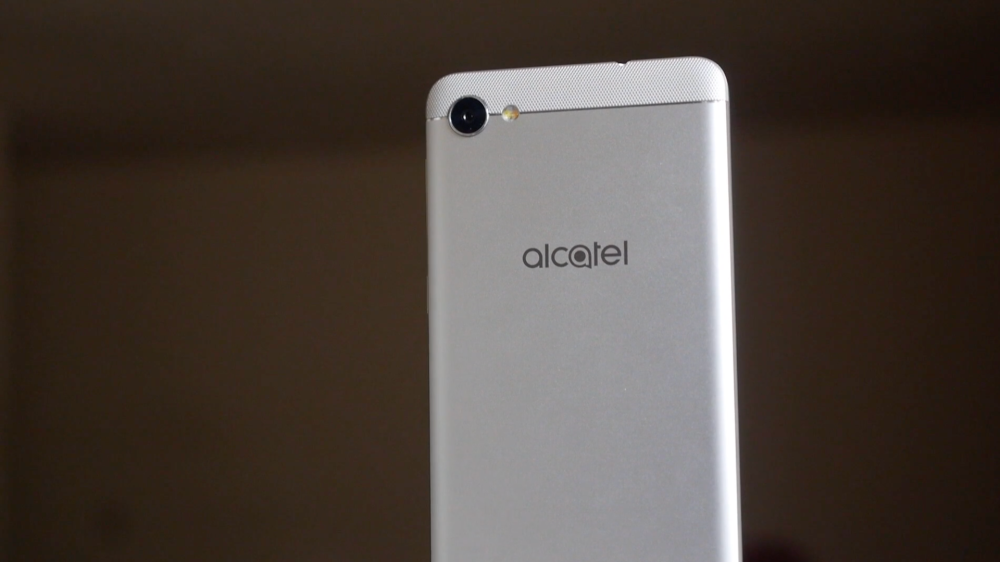 That lower cost comes at the price of convenience, however. Moto Mods are convenient because they snap directly onto the back of any Moto Z device and instantly begin working without the need for any additional software. The Snapbaks miss out on both of those conveniences, requiring you to replace the entire shell of the phone and download companion software. Still, at a fourth the cost of the Moto Z2 Play, the A50’s modular system certainly isn’t four times worse than Moto Mods.

Powering the A50 is a quad-core MediaTek 6738 processor, backed by 2 GB RAM. The 16 GB of internal storage is decent, but most people will probably want to add a microSD card to the phone, since it can handle an additional 128 GB. The 2800 mAh battery sounds a bit peckish by today’s standards, but it has no trouble lasting through the day thanks to the phone’s low-res display and power-efficient chipset.

The 5.2” 720p display is nothing to write home about, but it gets the job done and offers decent viewing angles. It could stand to get a little brighter, and there’s a fair amount of light bleed when viewing the screen in the dark, but it’s far from the worst display out there. Notably missing from the A50, however, is a fingerprint sensor; that’s normally forgivable in such an inexpensive phone, but considering the similarly priced Moto E4 had one, it would’ve been nice to see here.

The A50 runs Android 7.0 with some of Alcatel’s own customizations in tow. For the most part, it’s pretty close to stock, though there are some unattractive changes to color schemes and icons. Still, it’s good to see a fairly light software load, and though there’s no Google Now integration on the home screen like stock Android, there are some nice options like being able to resize app icons. 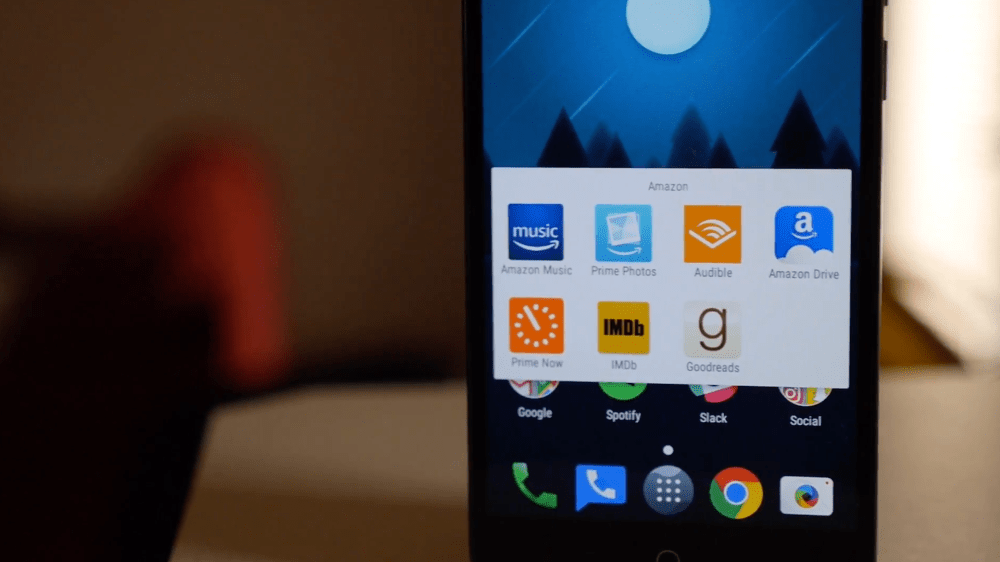 Being part of Amazon’s Prime Exclusive Phones lineup, the A50 also comes preloaded with a number of apps from Amazon, ranging from Alexa and Kindle to a few third-party apps. There’s also an annoying mandatory lockscreen that shows a different Amazon product ad each time you wake the display — made even more annoying by the fact that the ads don’t seem to line up with your personal interests.

Annoying as they may be, these ads and preloaded apps are what allow Amazon to offer you the A50 (and other phones in its Prime Exclusive selection) at a discounted rate. The good news is that if you buy the phone and come to realize that you just can’t stand the lockscreen ads anymore, you can pay a bit extra at a later point to remove them.

The 13 MP camera around back is a chore to use. Even in daylight scenarios, it struggles to take in much light, and fine details in shots are mostly non-existent. Colors feel dull, and reds in particular just blend together into an indistinguishable mess; a subpar camera in a $100 phone isn’t abnormal, but this is bad even within its price range.

Take it into a dark environment, and the camera goes from bad to worse — even borderline unusable, full of noise and nearly impossible to focus. Enabling HDR seems to help a little with colors and sharpness (assuming you have a steady hand), but this shouldn’t be your first choice for photography in any case.

The A50 is also capable of shooting 1080p video, though for some reason it’s set to 720p by default. It’s no surprise for a phone this cheap to not have optical image stabilization, but the inclusion of EIS is a nice alternative that helps smooth out videos a bit.

For just $100, the Alcatel A50 is an impressive offering, bringing some level of modularity to an affordable price range. With reasonably fast performance, expandable storage, and USB-C, the A50 could even be a decent backup phone in case you lose your flagship. For about the same price, though, I’d be more inclined to recommend the Moto E4, which offers a fingerprint sensor, cleaner software, and a much better camera. Still, for those with an interest in modularity, there’s no option more affordable than Alcatel.