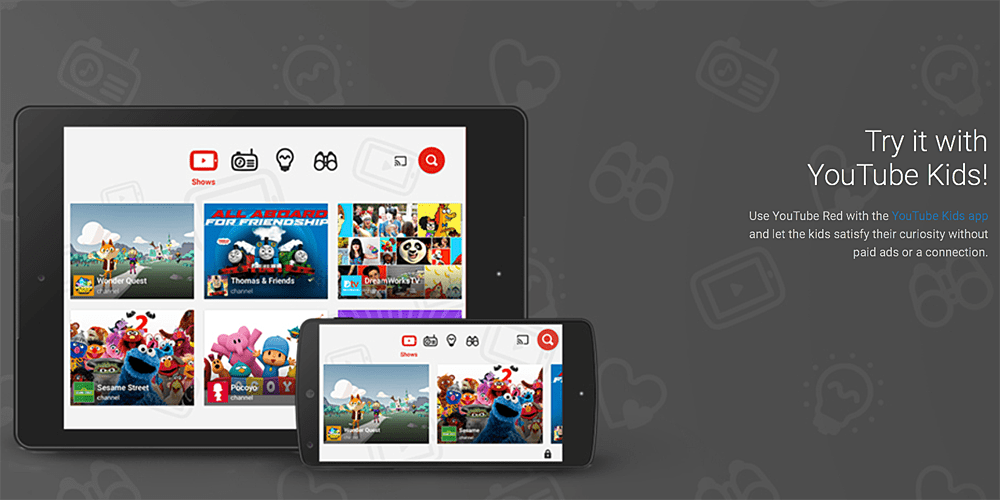 Alongside yesterday’s complete overhaul of YouTube on desktop and mobile, the Google company also redesigned its iconic logo. The main clients were not the only applications to get a new icon as YouTube Kids also received revamped branding yesterday that unfortunately looks like it was drawn by a kid.

The YouTube Kids app is already quite whimsical with music playing as your browse the curated experience with large touch targets. The old app icon cleverly incorporated the iconic tube and made it into a character with a smiling face.

However, as part of yesterday’s wide-ranging revamp, Google dropped that character and instead opted to use a handrawn-like version of the logo from the main client. Featuring a brighter shade of red, the new icon is jaunty and crooked, while featuring no smooth lines.

On iOS and Android devices running 7.1+, it is furthered placed against a white background that also fits the new stark white look of YouTube’s designs.

In my opinion, the icon loses a great deal of character, cuteness, and I only somewhat see the logic of kids maybe being drawn to an app that looks like their own scribbles. I mostly believe that kids deserve nicely designed things as much as the next adult.

Version 2.28.14 for Android is widely rolling out via the Play Store, as is version 2.34.7 for iOS. Do ask your kids what they think and then answer the poll below.