YouTube Kids, while imperfect, is a useful and easy way to ensure your kids are staying on the right side of the YouTube rabbit hole. Unfortunately, a recent update to the app has removed the Chromecast icon, and while it’s probably a mistake, it’s certainly frustrating for YouTube Kids users!

After coming to the web, Apple TV, and Fire TV in recent months, YouTube Kids is today launching a month of “After School” programming to help parents keep children engaged amid COVID-19.

YouTube Kids is an easy way to get some peace of mind while letting your child watch content online, and now the app is officially arriving on one of the biggest streaming platforms. YouTube Kids is now on Amazon Fire TV. 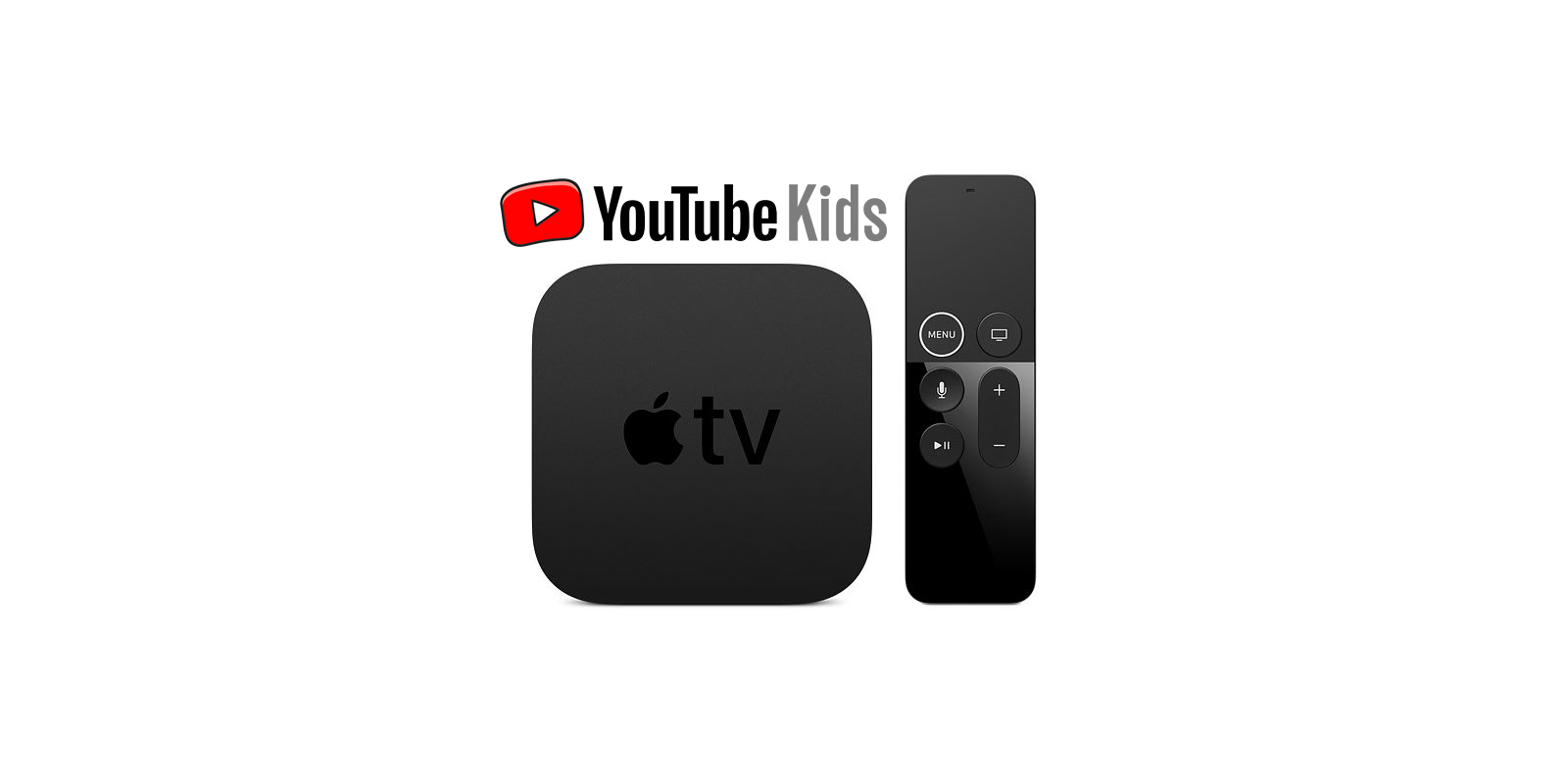 END_OF_DOCUMENT_TOKEN_TO_BE_REPLACED

A great way to pacify even the most unruly of children, YouTube Kids has now expanded to a further 11 countries.

In a report regarding YouTube’s “Year of Responsibility,” Bloomberg revealed an interesting detail. Apparently, YouTube Kids was originally going to be manually curated for every piece of content on the platform.

END_OF_DOCUMENT_TOKEN_TO_BE_REPLACED 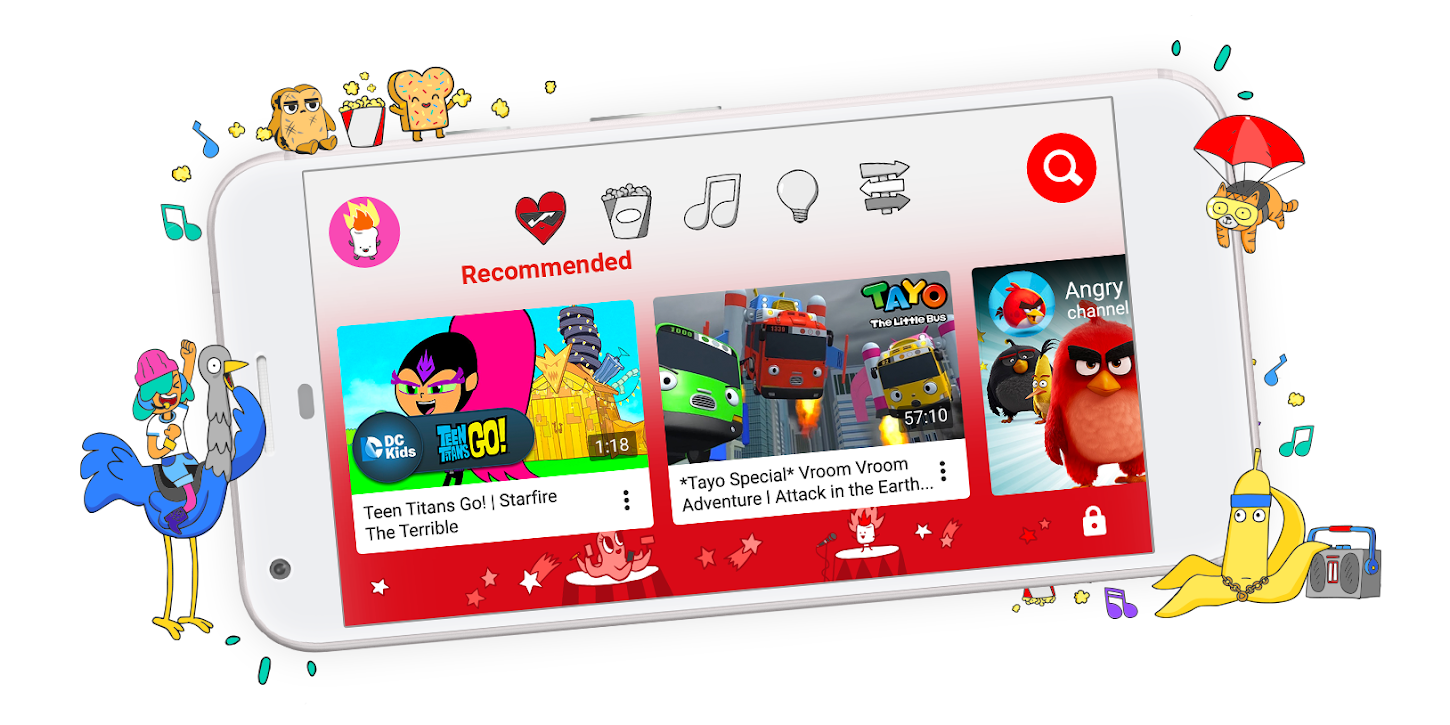 The Federal Trade Commission and New York Attorney General announced today that Google will pay $170 million over alleged children’s privacy violations on YouTube. In response, the video service will be implementing a number of changes related to kids.

END_OF_DOCUMENT_TOKEN_TO_BE_REPLACED

Despite some minor controversies, YouTube Kids has become a valuable tool for parents to help find content for their kids. Today, YouTube is announcing two big updates for the platform, with new age filters and a YouTube Kids experience for the web.

END_OF_DOCUMENT_TOKEN_TO_BE_REPLACED

YouTube in recent weeks has been besieged by various scandals and responded to some by strengthening hate speech rules. A new report today details one major change being discussed to better protect kids on the site.

END_OF_DOCUMENT_TOKEN_TO_BE_REPLACED

EGEB: Minnesota wins by compromising over a wind and solar farm and a historic site 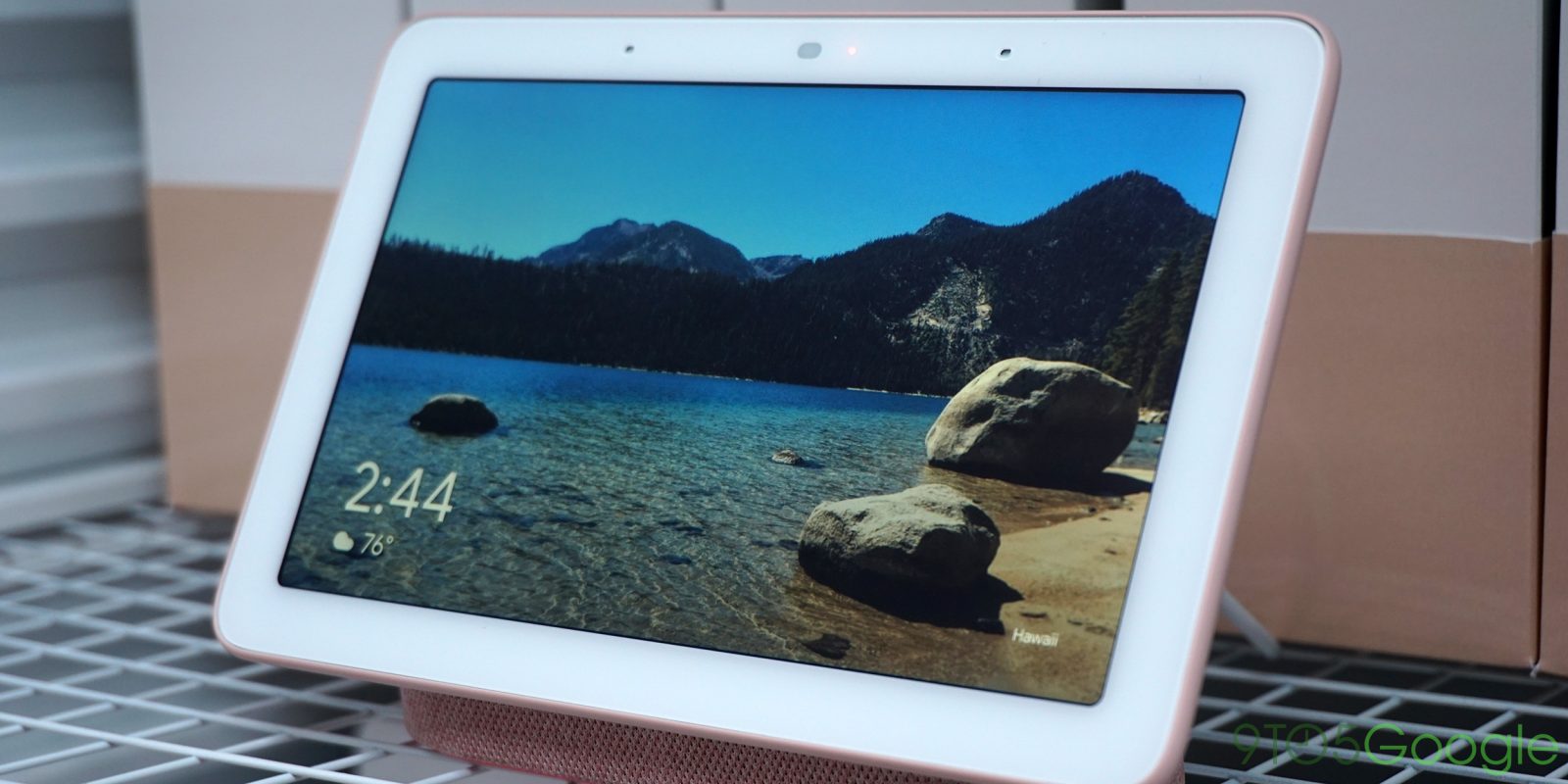 Over the past year, YouTube Kids introduced human-curated channels and allowed parents to whitelist videos after some failings with the algorithm. The service is now coming to Smart Displays, Google Home, and Cast-connected televisions.

END_OF_DOCUMENT_TOKEN_TO_BE_REPLACED

In light of YouTube’s algorithmic approach to finding appropriate videos for kids failing, the Google division turned to human curation in April. YouTube Kids is now launching the ability for parents to pre-approve every video and channel available their child, while adding a new experience geared towards older kids.

END_OF_DOCUMENT_TOKEN_TO_BE_REPLACED 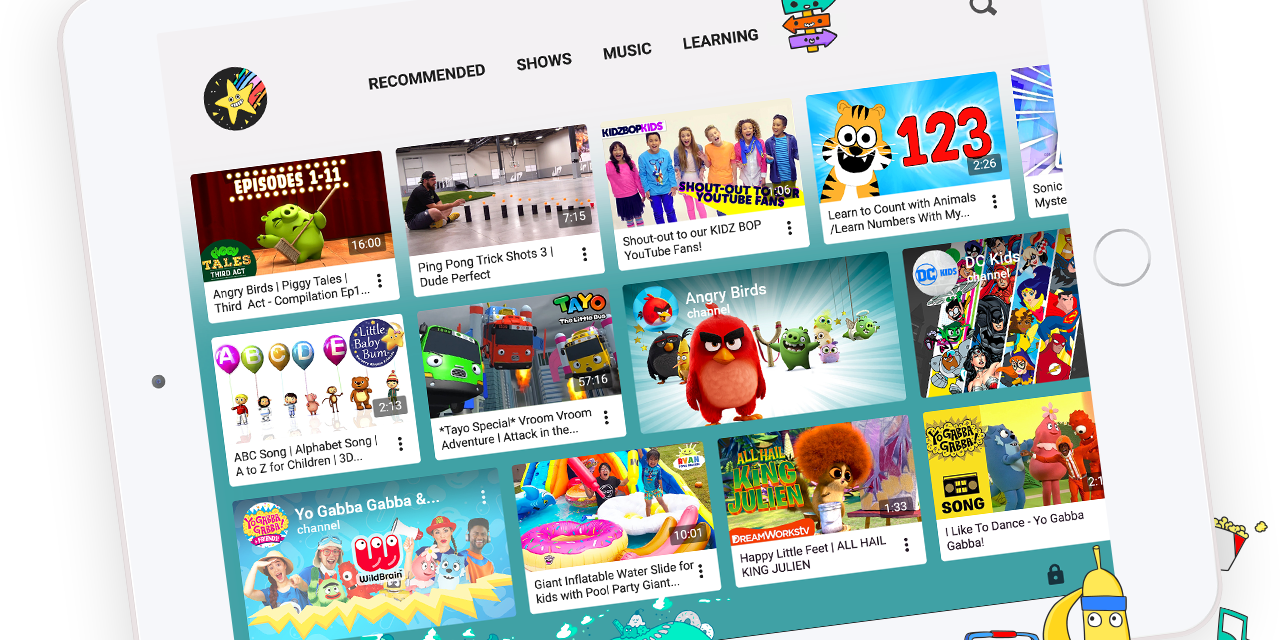 YouTube Kids is a dedicated app from the video network that aims to provide a child friendly experience. Unfortunately, those algorithms charged with policing content have occasionally failed, with Google now launching a more heavily curated section of the app that only displays human-approved videos.

END_OF_DOCUMENT_TOKEN_TO_BE_REPLACED

There’s a vast amount of information on YouTube, ranging from tutorials to reviews to funny pranks and all the way down to content produced for kids. There’s something for everyone, but when you hand a 5-year-old child the keys to all of that, they might stumble on something they shouldn’t. That’s why YouTube Kids was introduced a while back, but the algorithms in that app haven’t proved as successful as the company intended. Now, it seems that YouTube is rethinking its approach.

YouTube Kids is Google’s child-optimized and friendly interface to its video network. Launched two years ago, it is seeing a refresh today that brings a “tailored” interface that adapts to a kid’s age. It is also adding profiles for kids that allow for better personalization.

END_OF_DOCUMENT_TOKEN_TO_BE_REPLACED

Alongside yesterday’s complete overhaul of YouTube on desktop and mobile, the Google company also redesigned its iconic logo. The main clients were not the only applications to get a new icon as YouTube Kids also received revamped branding yesterday that unfortunately looks like it was drawn by a kid.

YouTube Kids has been available for Android and iOS for the past couple of years, but it’s rollout to TV platforms has been slower. We’ve seen a couple of devices pick it up, but today, Google’s own Android TV is finally picking up its own Android TV app. 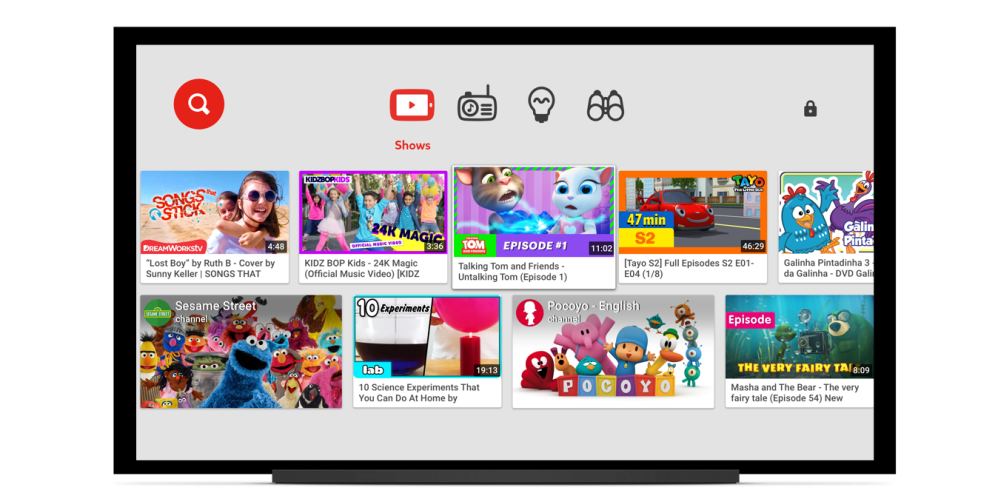 Announced back in February, YouTube Kids is now available for LG, Samsung, and Sony smart televisions. Oddly, none of these models run Android TV, with an Android app for the big screen only listed as “available soon.”

END_OF_DOCUMENT_TOKEN_TO_BE_REPLACED

I guess announcing some new content and features to celebrate an app’s second birthday is a bit fitting for an app made to be used primarily by kids. Over at the YouTube blog, Google has announced that the YouTube Kids app is getting a plethora of new content in the coming months, as well as that the app is coming to smart TVs…

YouTube Kids launched on Android and iOS last year as a portal for kid and family friendly curated videos with strict parental controls and restrictions. YouTube’s paid Red subscription service has just announced that it is adding support for the Kids app, with features like ad-free and offline videos, at no additional cost.

Having launched in the US back in February, YouTube’s child-friendly video service is making its way across the globe from today. YouTube Kids is now available in the UK, Canada, Australia, Ireland and New Zealand. The app is free to download on iOS and Android and offers customers a curated YouTube experience with content aimed specifically at children.

In the UK, content will include the likes of Wallace & Gromit, Morph, The Magic Roundabout and Teletubbies among many others. Featured content will differ depending on your region, but the service is essentially the same in all available markets. Since it’s free, the app is supported by ads, but only advertisements suitable for children are shown in the YouTube Kids app. As reported by The Guardian:

“We only show ads that are approved as family-friendly – for example, we don’t show any food and beverage ads – and all ads undergo a rigorous review process for compliance with our policies,” a YouTube spokesperson told the Guardian.

“All ads are clearly labeled and include ad intros. Ads don’t include any click-throughs to websites or product purchase flows.”

Now, parents outside the US will be able to let their kids watch ‘The wheels on the bus’ without worrying they’ll end up following through links and watching something slightly dubious content. On the negative side, undoubtedly, I’ll now have to watch more loom band how-to videos with my 6 year-old.

The app is available to download from the Play Store now, and is compatible with any Android device running version 4.1 or later.

EGEB: Minnesota wins by compromising over a wind and solar farm and a historic site 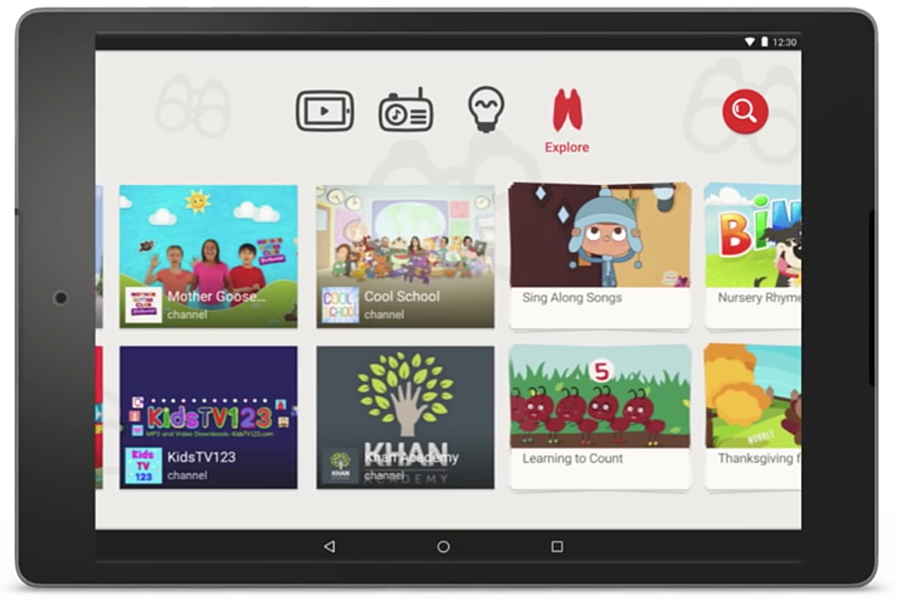 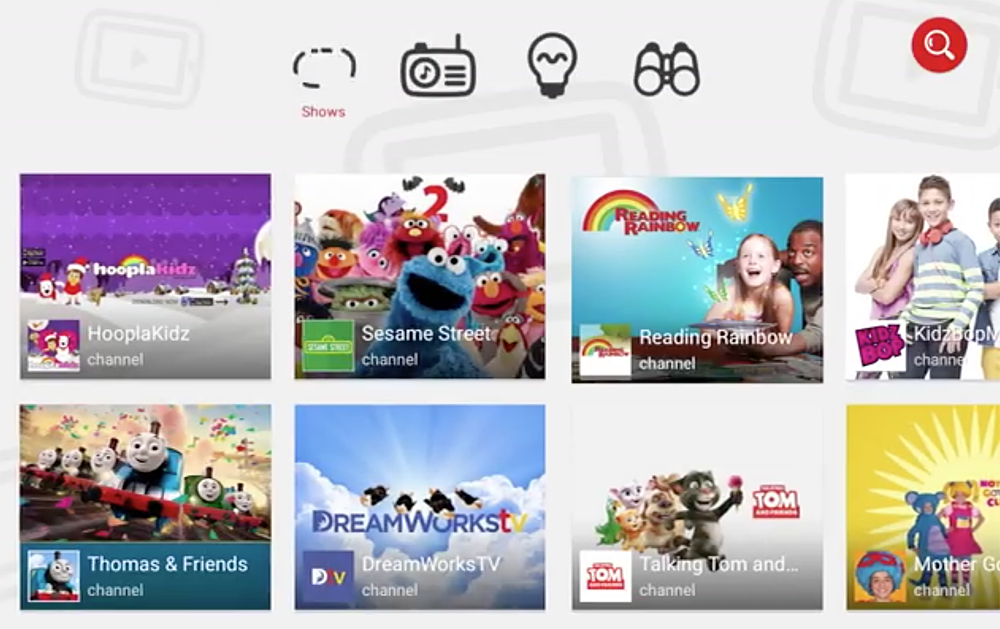