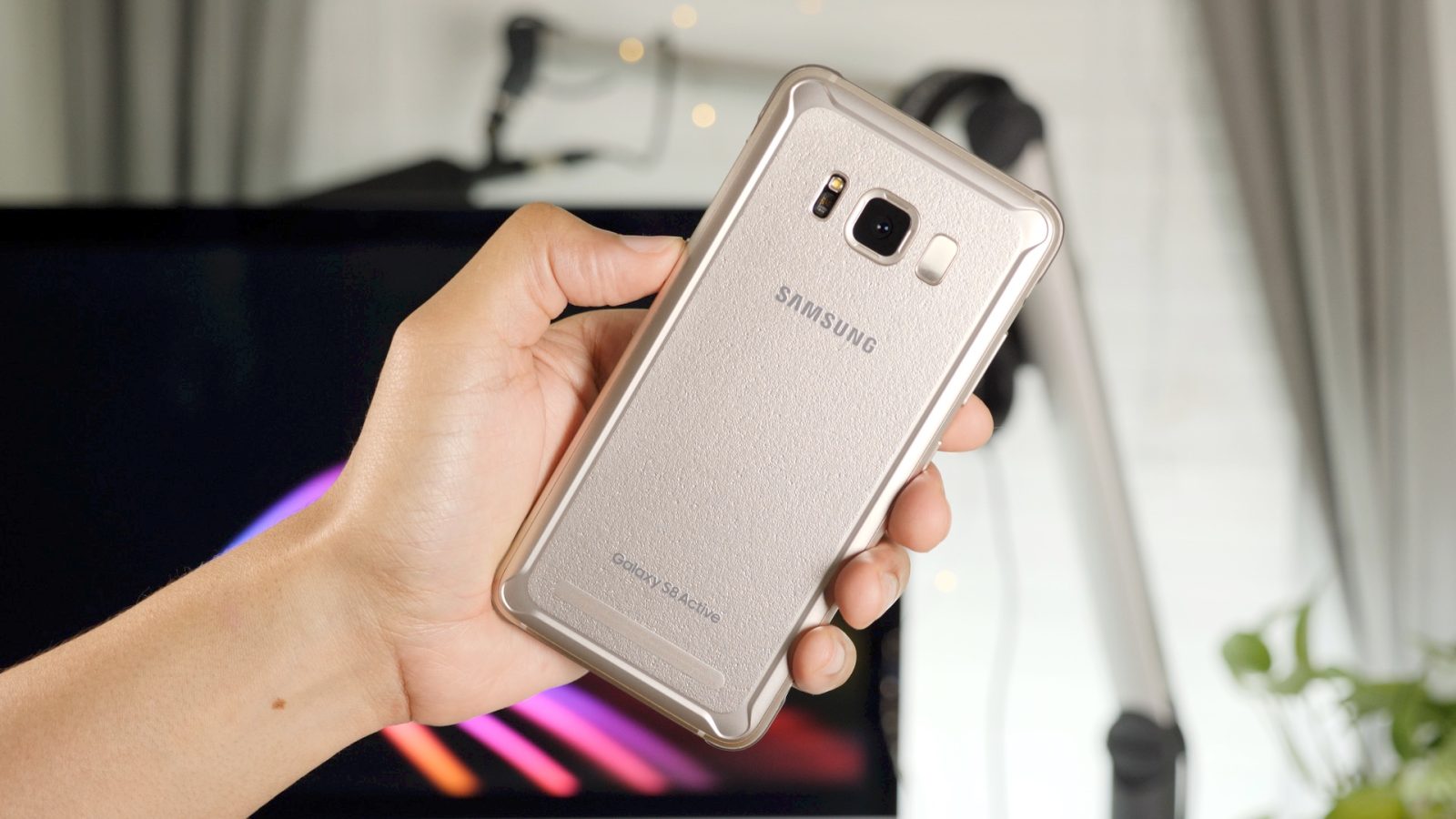 The Galaxy S8 Active counts as the fifth-generation entry into Samsung’s Galaxy Active series of smartphones. Like prior entries into the series, the Galaxy S8 Active is an AT&T exclusive that features a more rugged design that can better stand up to wear and tear. This, of course, comes at the expense of the sleek curved screen design present on the regular Galaxy S8. Have a look at our hands-on video for a brief look into what makes the Galaxy S8 Active stand out from the rest of the pack.

Since most modern smartphones, including the Galaxy S8, feature a measure of water resistance, there isn’t as much that separates the Active version of the phone from the mainstream version in this regard. Both the Galaxy S8 and Galaxy S8 Active feature IP68 ratings for water resistance. That means that both devices can endure water immersion of up to 5 feet for as long as 30 minutes.

Keeping this in mind, the Galaxy S8 Active has two key benefits that make it stand out: For starters, it’s much easier to go without a case due to the metal bumper band wrapped around the exterior. Secondly, because the device has more physical volume, it has enough room to accommodate a significantly larger battery.

The 4,000 mAh battery makes a noticeable difference when it comes to battery life, and is one of the primary reasons to consider the Galaxy S8 Active over the regular version with its comparatively meager 3,000 mAh power plant. I was easily able to garner multiple days of usage out of the Galaxy S8 Active before needing to charge. 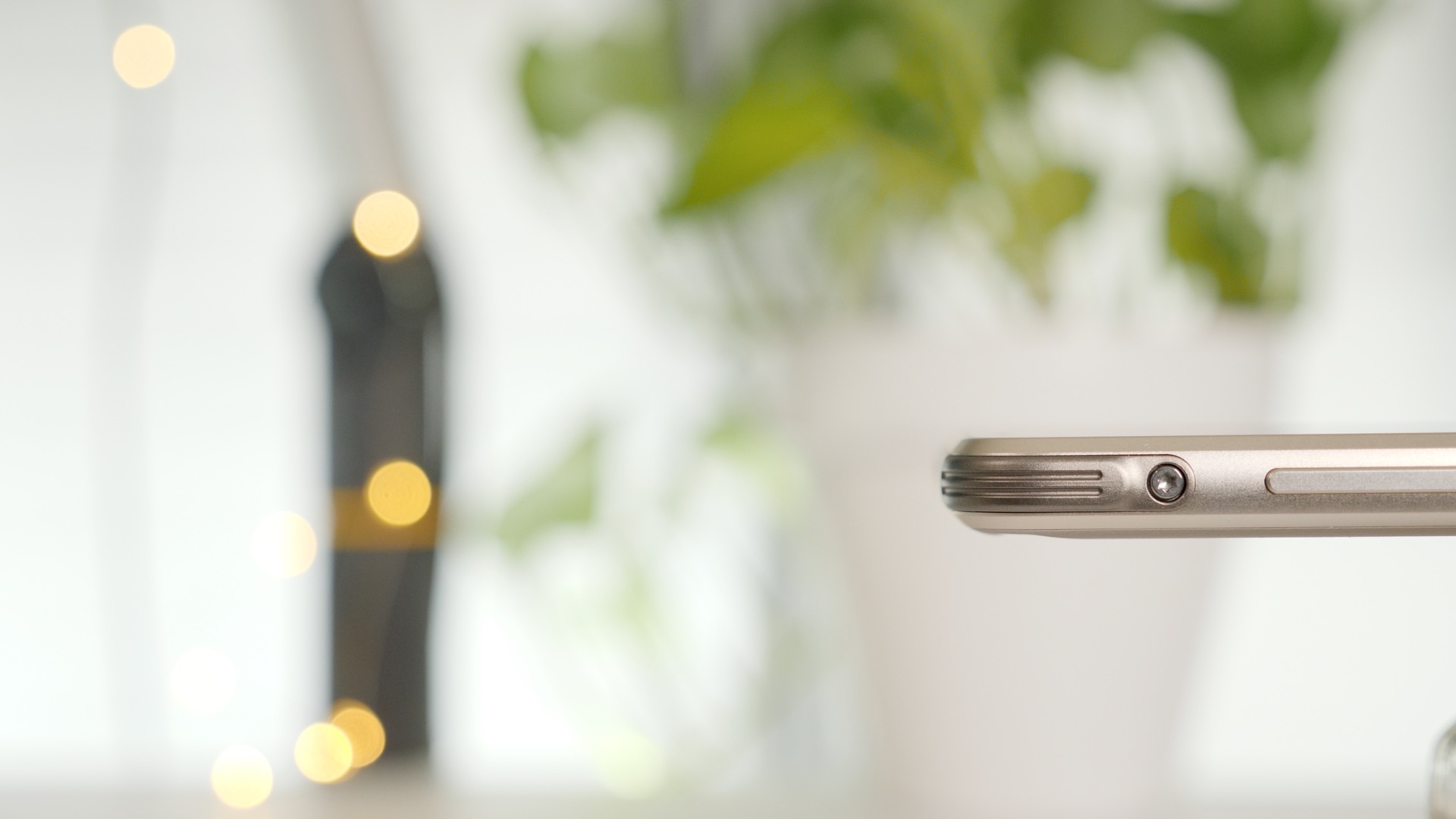 While I’m not a huge fan of the overall industrial design of the phone, the metal band that wraps around the exterior adds a nice touch, and helps differentiate the handset from the current bezel-less trend that virtually every manufacturer seems to be adopting these days. And the band does more than just look good — it provides significant drop protection due to the bumpers on the corners, and the raised edge that protects the screen. 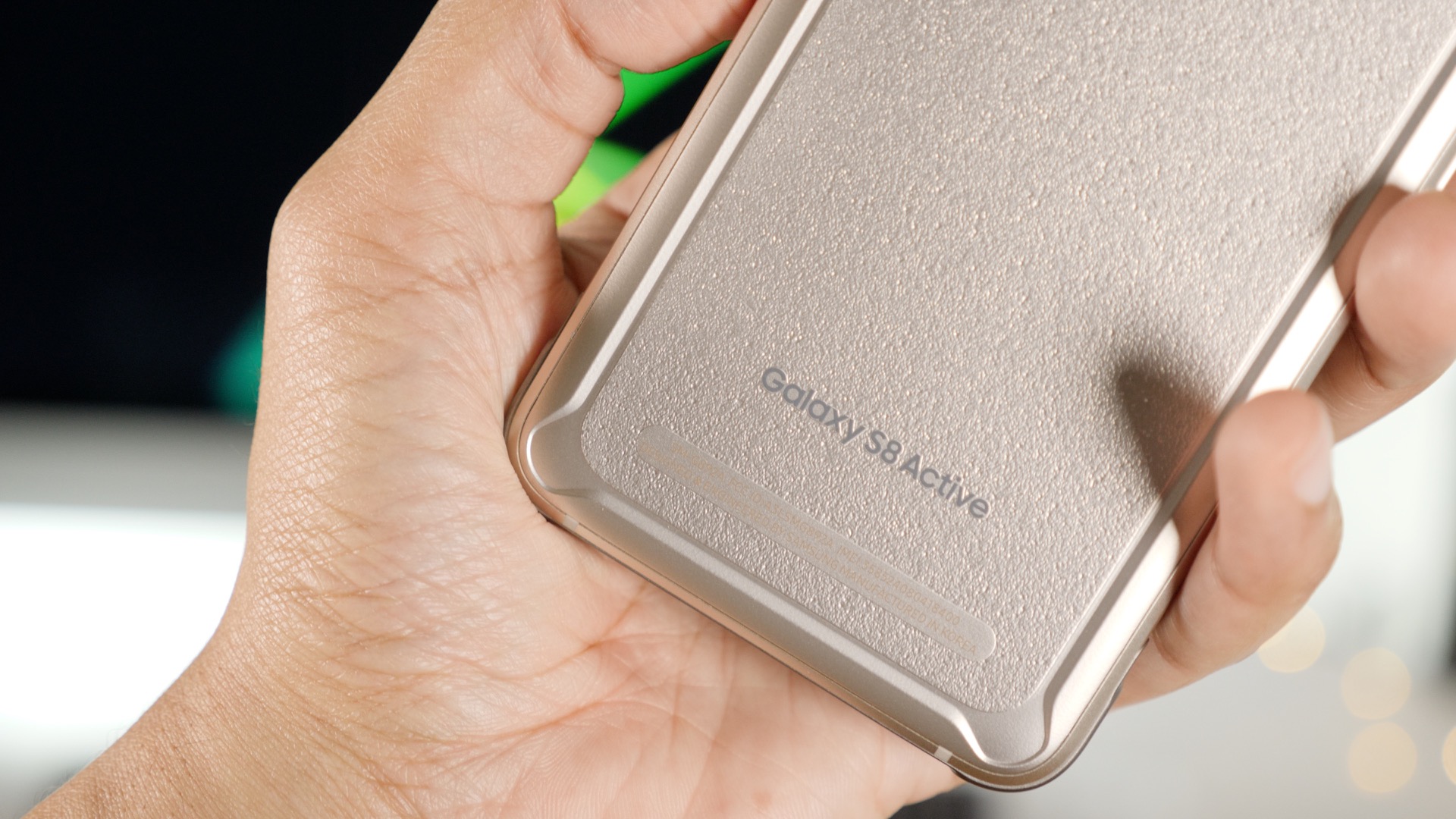 Samsung says that its S8 Active is shock-, shatter-, water-, and dust-resistant, but it’s the high level of drop protection that makes this phone so appealing. The Galaxy S8 Active is shatter resistant for drops from 5 feet or less on a flat surface.

For those of you coming from the Galaxy S7 Active, a few things about the latest model will stand out to you. The most glaring difference is the lack of physical hardware buttons at the bottom of the display. Samsung has eschewed the physical buttons, which I thought added a nice tactile touch to the Active lineup, and went with the capacitive buttons found on other Galaxy models. 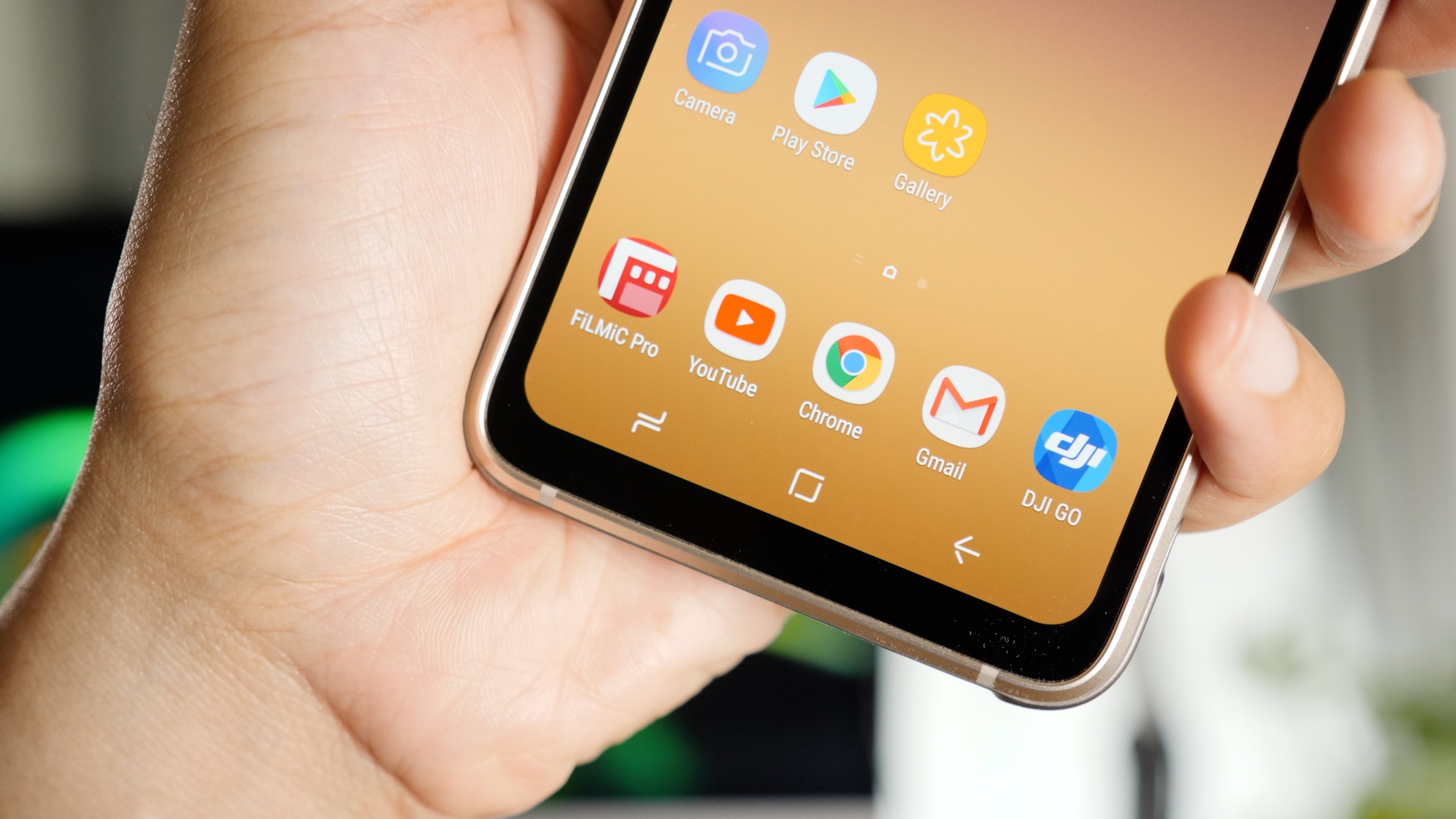 Depending on your likes and needs, that could serve to be a good or a bad thing. I personally miss the tactile buttons, which are more likely to respond while wearing gloves, or when interfacing with wet or soiled hands.

The second standout difference between last year’s model and this year’s model is the lack of the camouflage pattern on the rear of the handset. Samsung really played up the “Active” aspect in previous iterations of the series, but this year’s model seems more mainstream and reserved. Sadly, the rear of the handset on my Titanium Gold model is a weird plastic-like texture that doesn’t live up to the fantastic feeling of the metal band. 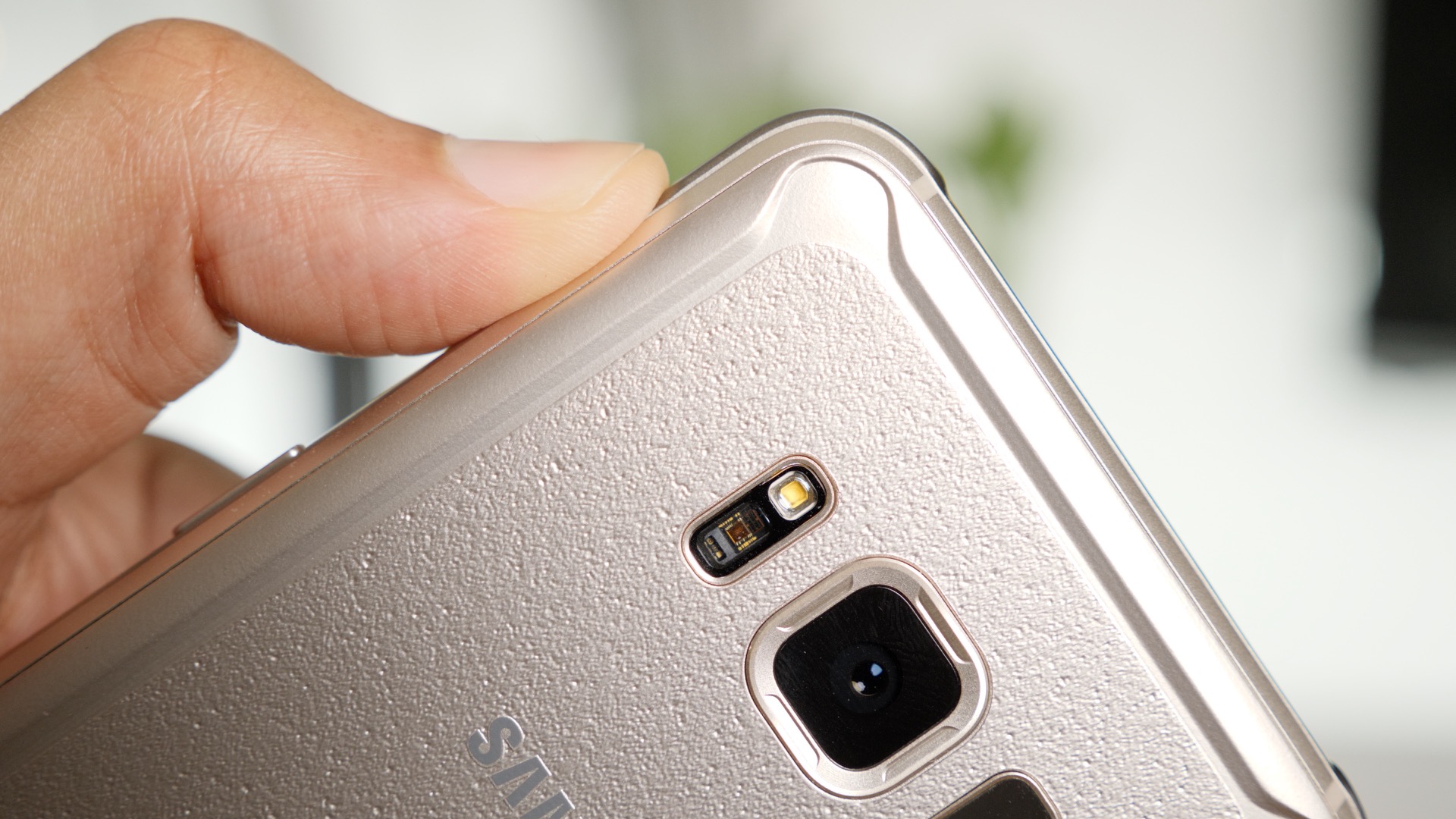 The bottom line is that Samsung’s Galaxy Active lineup is now closer to a proper Galaxy phone than ever before. Besides the obvious changes to the exterior to protect from drops, the larger battery, and the new Meteor Gray or Titanium Gold colors, this is a Galaxy S8 through and through — for better or for worse. If the Galaxy S8 is unfamiliar territory to you, be sure to read our full review for more details on what Samsung’s flagship phone brings to the table.

Again, the Galaxy S8 Active is an AT&T exclusive, and can be found on AT&T’s website.

Check out 9to5Google on YouTube for more Google news: