IFA 2017 earlier this month saw a number of new phone launches, including the Samsung Galaxy Note 8 and the LG V30. Meanwhile, Sony announced the Xperia XZ1 and XZ1 Compact with Oreo for later this year. Other notable 7.1 releases in the past month include the Essential Phone finally shipping, as well as the Nexus 6 resuming updates.

Meanwhile, Marshmallow fell .1 percentage point to 32.2%, but is still the most used version of Android and will likely remain so for the next few months. Lollipop 5.0 and 5.1 combine to 28.8%. Jelly Bean is at 6.9%, with Ice Cream Sandwich and Gingerbread both at .6%.

These numbers are compiled from Android devices that accessed the Play Store during a seven-day period ending on September 11th. 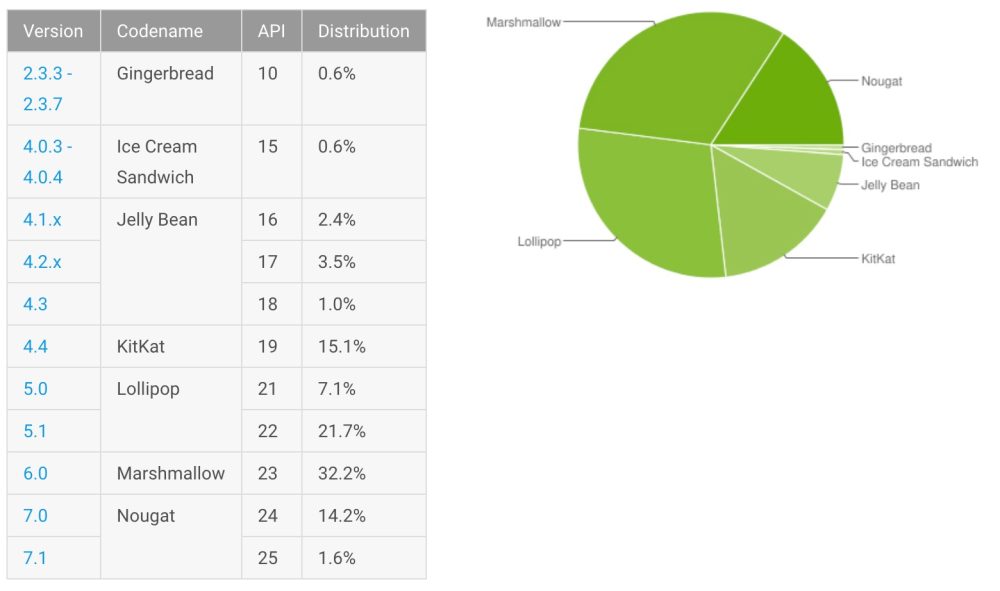