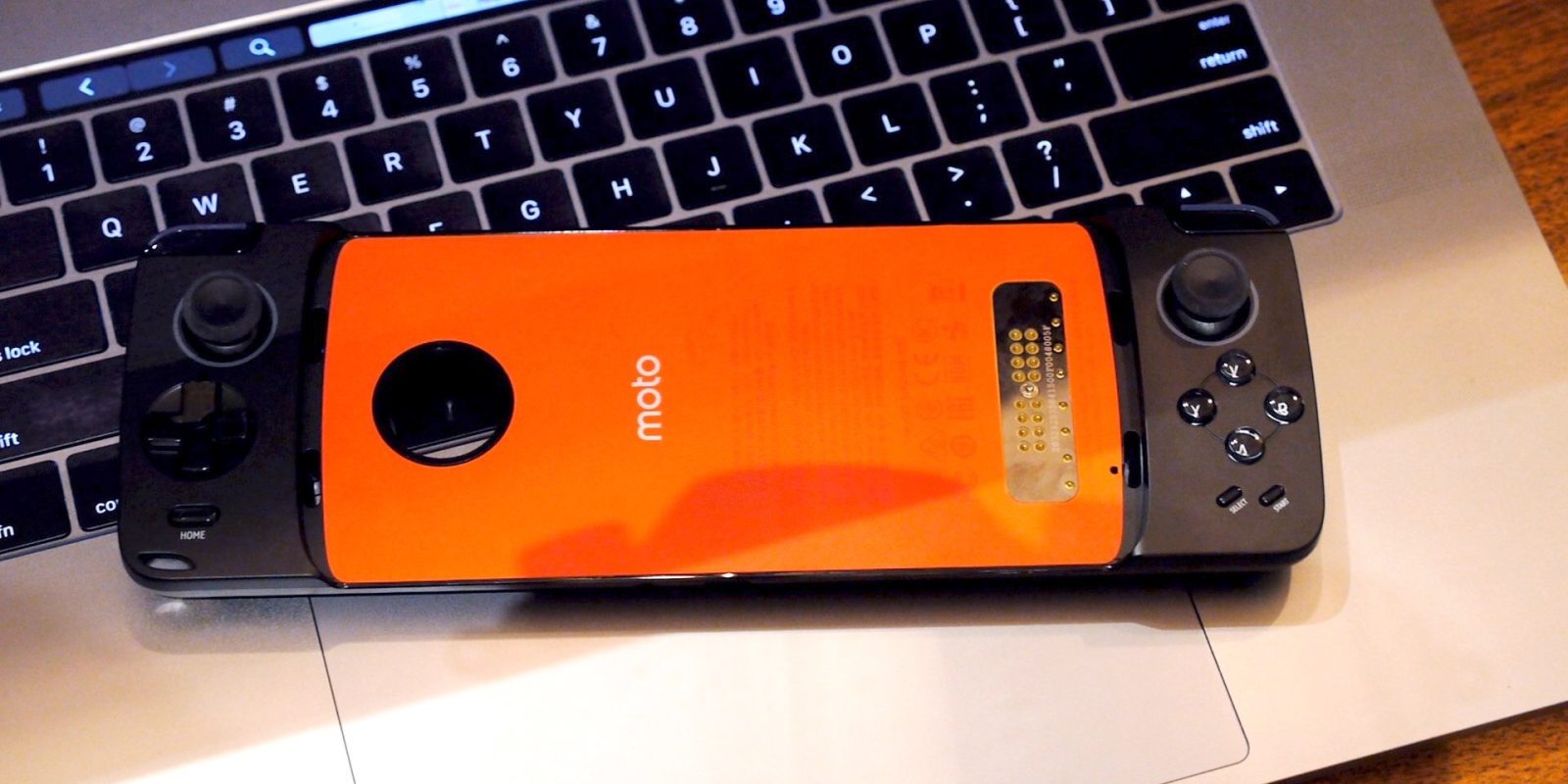 The Moto Z2 Play and Moto Z2 Force are already great phones in their own regards, but the whole reason to own a Moto Z device is to gain access to the Moto Mod ecosystem. There are plenty of great Mod accessories ranging from speakers to battery packs and 360° cameras, but the Moto Gamepad might be the most entertaining Mod yet.

The Moto Gamepad Mod is a magnetic controller that attaches to any Moto Z device and adds an impressive array of buttons and joysticks for use in just about any game. Unlike every other controller on the market, the Gamepad Mod doesn’t use Bluetooth for communication, nor does it require a companion app to work — though you will be prompted to download the Moto Game Explorer app, which acts as a hub for supported games.

The list of games in the Explorer app is pretty expansive; after all, Android has long supported controllers for gaming. You can play anything from side scrollers like Sonic and Rayman, to full-blown RPGs like Final Fantasy. It also works for emulators, albeit often requiring a bit of button mapping — just make sure you own a copy of the games you download for legality’s sake.

The Gamepad Mod has nearly every button you could ask for on a controller; there are two clickable joysticks, four shoulder buttons, a D-pad, A, B, X, and Y buttons, Start and Select, and a Home button. While the shoulder buttons and joysticks work great, the modifier buttons feel tacky against the Gamepad’s plastic construction, and the D-pad requires so much force to use that it might as well not even be there. On the bright side, most games offer the same functionality between the D-pad and left joystick, so you should be able to get around using the mushy arrow buttons for most games.

One of the best parts about the Gamepad Mod is its built-in 1035 mAh battery. Moto says that should get you an extra 8 hours of battery life. In my testing, that was closer to 6 hours, but any additional battery life is welcome and appreciated on such a thin and lightweight controller. I certainly wouldn’t have minded a bit of extra thickness on the grips though — this controller quickly becomes uncomfortable to play on, thanks to a mostly flat profile.

Despite a few shortcomings, the Gamepad Mod is still one of the best controllers for a phone that I’ve ever tested. Its ease of connectivity and built-in battery are huge selling points, and at $80 it’s a much easier purchase than some of the other Moto Mods (looking at you, $200 360 Camera Mod).

If you have a Moto Z device of any kind and are in the market for a game controller, the Moto Gamepad Mod should be your only consideration. Just keep in mind that unlike most Mods, the Gamepad Mod is sold exclusively through Verizon — though luckily it’ll work just fine on any Moto Z, regardless of your carrier.