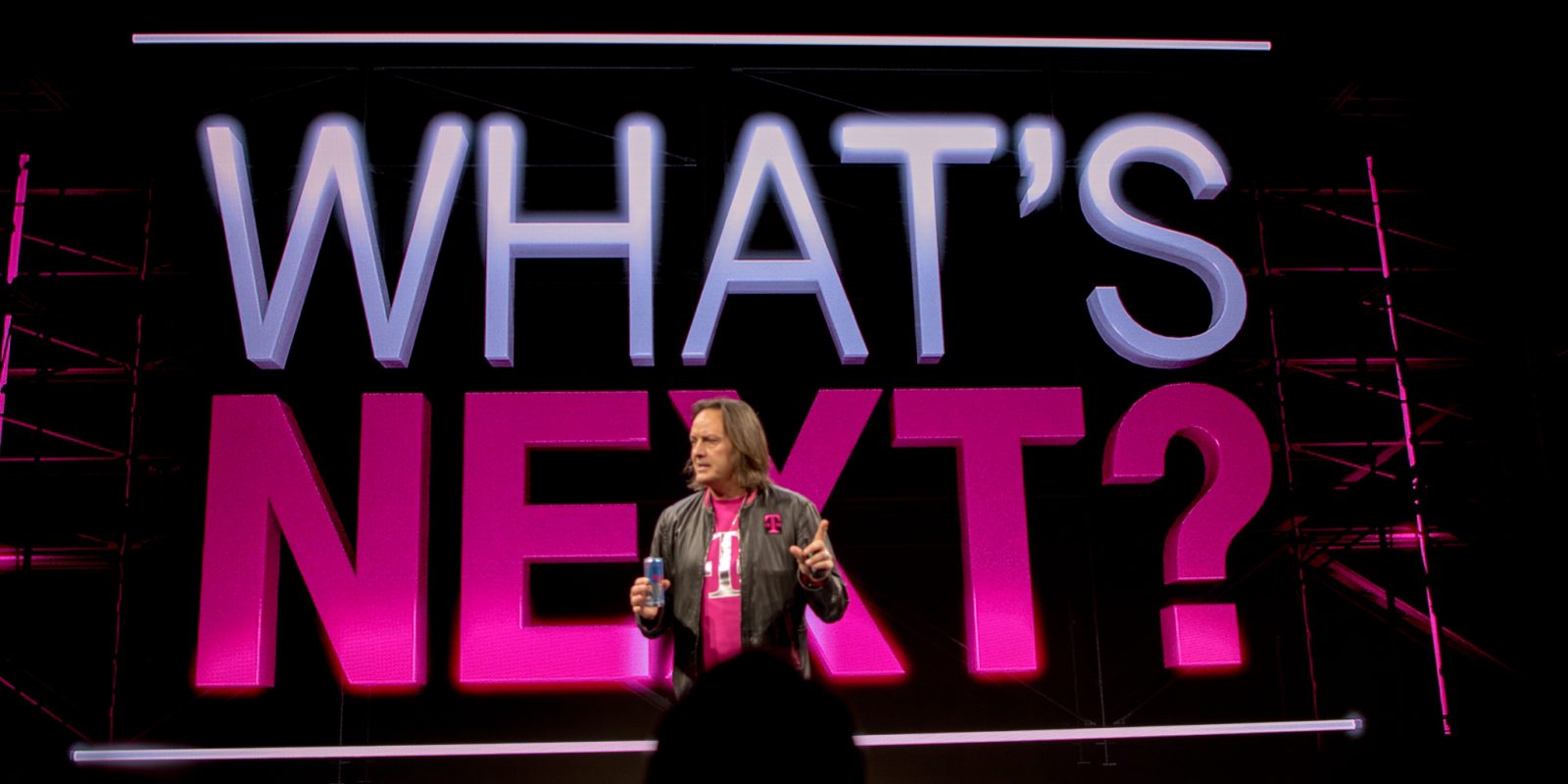 T-Mobile announced in a blog post today that it is upping its “prioritization point” for unlimited data users. While this limit was previously set at 32GB, the carrier has today pushed that up to 50GB…

What this means is that T-Mobile users can use 50GB of data before prioritization kicks in. The carrier is quick note that prioritization is not equivalent to throttling as speeds will only be slowed when a user has consumed more than 50GB of data that month and they are in an area that’s experiencing congestion:

I’m happy to announce that starting tomorrow we’re increasing T-Mobile’s prioritization point from an already-industry-leading 32GB to a whopping 50GB! Meanwhile, Verizon and AT&T sit at a meager 22GB, meaning Un-carrier customers can use more than 2x the data before prioritization kicks in.

When T-Mobile customers who use the most data hit these prioritization points during the month, they get in line behind other customers who have used less data and may experience reduced speeds. But this impacts them only very rarely, like when there is a big line, and it resets every month.

T-Mobile has arguably been leading the charge on the revival of unlimited data plans, with carriers such as AT&T and Verizon following suit but with stricter limits. The announcements have come as part of T-Mobile’s Uncarrier initiative, which recently brought free Netflix to its subscribers as well.

The full announcement can be read below:

Over the last year, data usage on T-Mobile’s network has skyrocketed! It’s up more than 50%, and at the same time, average LTE speeds – according to multiple third parties – have stayed the fastest in the country. In fact, T-Mobile has actually gotten faster in the last year – 25% faster based on Speedtest data.

Case in point: we just launched Netflix On Us! Everyone is asking me what kind of traffic volumes we are seeing and if the network can handle additional traffic. Big surprise: customers LOVE Netflix! We stream over 1 million hours of Netflix every day! How is the network holding up?  This week our LTE network averaged over 30Mbps. #nosweat

By all logic, our network should be slowing down – just like Verizon and AT&T’s well documented networkslow downs (this last one is from Verizon’s own community forum). But, T-Mobile’s unlimited just keeps getting better.

AND, on top of that, today, I’m happy to announce that starting tomorrow we’re increasing T-Mobile’s prioritization point from an already-industry-leading 32GB to a whopping 50GB! Meanwhile, Verizon and AT&T sit at a meager 22GB, meaning Un-carrier customers can use more than 2x the data before prioritization kicks in. Now, 50GB of data usage means a T-Mobile customer is basically the top 1% of data users, and to put it in context, you could stream a full 2 hours of Netflix every single day – that’s 30 SD movies – and never even reach that point! You’d still have roughly 8GB to go.

As background, we use prioritization for T-Mobile customers to manage network traffic and ensure a small number of the very most active users on our network don’t negatively impact everyone else so everyone can have a great experience. Often confused for a “throttle” or “cap,” prioritization is different. It doesn’t cap how much you can use, and someone would only notice it when TWO things happen: the customer has already consumed a ton of data in the month (50GB) AND they are in an area of the network is that currently experiencing congestion. When T-Mobile customers who use the most data hit these prioritization points during the month, they get in line behind other customers who have used less data and may experience reduced speeds. But this impacts them only very rarely, like when there is a big line, and it resets every month. If you have a lot of congestion in your network (I’m looking at you, Verizon & AT&T), these lines can be long and deprioritized customers can be waiting a long time.

So, how does T-Mobile keep giving customers more and keep getting better, faster, stronger as data demands increase? What are we doing differently to handle unlimited data so much better than those two wireless behemoths? Well, let me share a few of the secrets behind running America’s best unlimited network (ahem, pay attention, carriers!):

1) To go faster, move faster We’ve built our entire team to move quickly, which is why every meaningful network innovation in the last three years has come to Un-carrier customers first. All that new tech translates into lots of customer benefits – increased voice quality, higher reliability, lower latency, better experience – as well as increased speed. We don’t wait for technology to come to us, we go out and get it!

Today, we’re already planning for 2020 and rolling out 5G ready stuff. That’s a huge deal because it means, when 5G is ready for customers, we can light it up with a software-upgrade without having to physically upgrade cell sites again. Basically, we’ll flip a switch, and boom – 5G.

3) Shut up and listen Listening to customers and solving their pain points is what the Un-carrier movement is all about. For the network, listening to customers means monitoring our network performance obsessively every minute of every day. That is why we built a massive Big Data platform to collect as much network data as possible. This listening data tells us which improvements to prioritize and where to focus them.

Crowd data is essential to all of this because it tells us what real people are experiencing on the network in real situations with their devices in near real-time. And, when you’re obsessed with delivering the best customer experience, like we are, that’s what really matters!