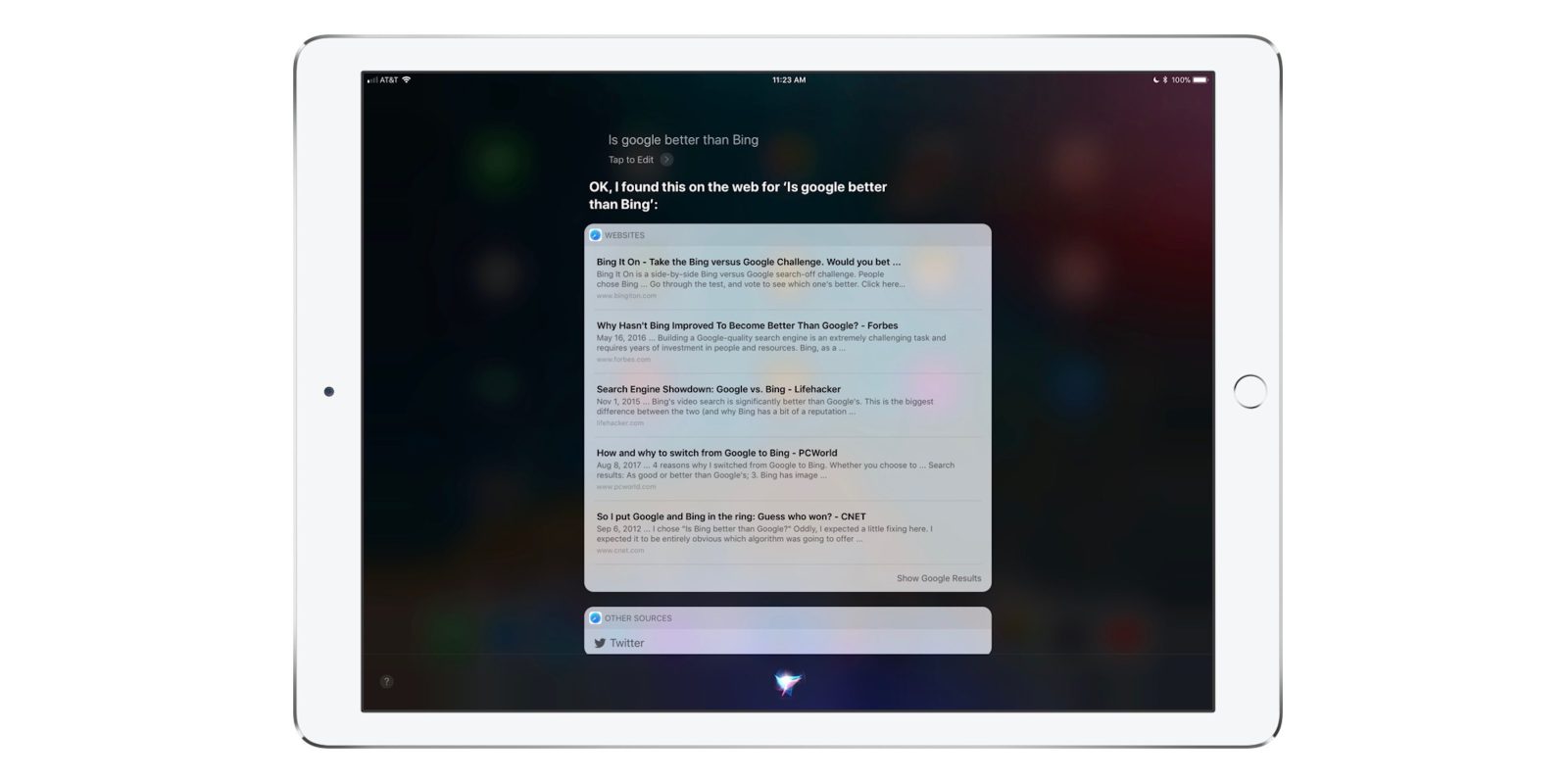 It looks like Siri and Google are friends again and Bing is in the rear view mirror. In a major shift, Apple is changing its search results provider for Siri and Spotlight on iOS and macOS from Microsoft’s Bing to the vastly more popular Google.

TechCrunch says the change has started to roll out today (it’s also live for me) and should be in effect for all users by the end of the day. For users, this means Siri and Spotlight will now provide the same search results as Safari by default (and in a lot of cases show better search results).

Apple says that the move is intended to make search results consistent:

“Switching to Google as the web search provider for Siri, Search within iOS and Spotlight on Mac will allow these services to have a consistent web search experience with the default in Safari,” reads an Apple statement sent this morning. “We have strong relationships with Google and Microsoft and remain committed to delivering the best user experience possible.”

Google’s $3 billion in services revenue to Apple may also be a factor, but Apple hasn’t disclosed that detail.

Personally, I’m someone who lives deep in the Apple ecosystem and prefers Google’s search engine to the alternatives, so this move is an experience improvement for me. Siri and Spotlight search has been convenient, but relying on Bing by default has meant specifying to Siri to search Google with most inquiries.

This also means the HomePod will use Google search when it ships in December and not Bing. Sorry Microsoft! (I wouldn’t hold my breath on Google Maps ever replacing Apple Maps though.)

But what if you prefer a Google alternative on Safari? Ideally the search engine would change for Siri and Spotlight if you changed it for Safari, but that doesn’t appear to be the case. Instead, you can ask Siri to search Bing or your search engine of choice when using the voice assistant. For example, saying “Search Bing for the best movies of the summer” will bring you to a Bing search in Safari and avoid using Google.

We’ve reached out to Apple for more on how the search engine change works and will update if we learn more.