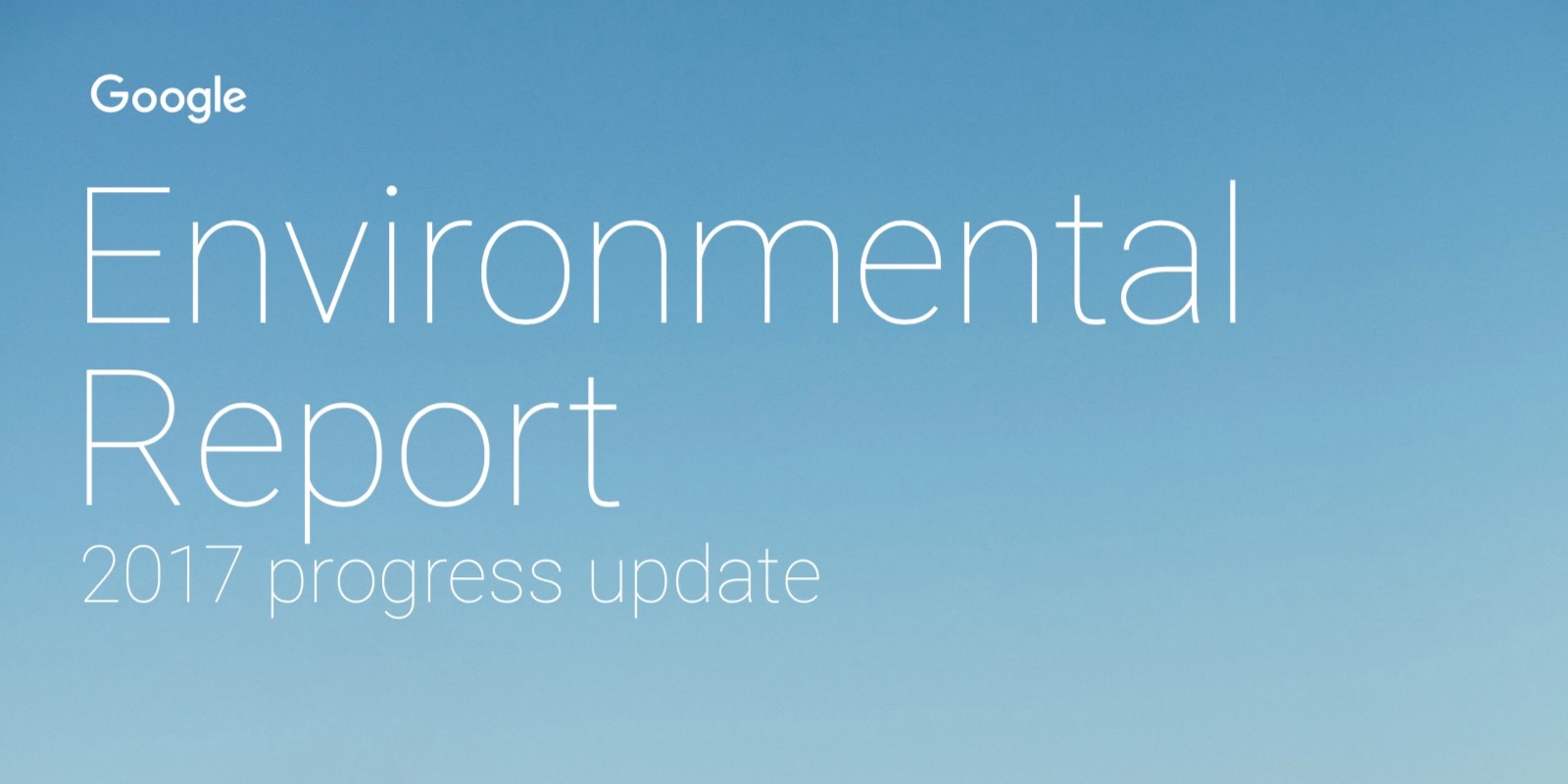 Google today published an updated Environmental Report that “closes out 2016” and provides an update on ongoing efforts for 2017. Three major milestones made 2016 a “landmark year” for Google, while the company is expected to reach 100% renewable energy in both offices and data centers this year.

Last year marked 10 years of being a carbon neutral company and a decade of Earth Outreach programs that provide resources and tools to nonprofit groups. The latter effort is particularly benefiting from advances in machine learning to better monitor the world’s oceans and forests.

Their carbon neutral efforts began in 2007 and has resulted in a carbon footprint growing more slowly than their business.

For consumers, tools like Project Sunroof help judge whether solar panels would be effective for them. Meanwhile, Street View vehicles are now beginning to map air quality. In terms of products, Google interestingly notes that using cloud services like Gmail — versus hosting local servers — will reduce emissions by 98%.

Looking forward, Google is expected to reach full renewable energy usage in all offices and data centers around the world in 2017. This is due to signed energy contracts expected to go online throughout the reminder of the year. In contrast, 2016’s energy deals could only produce enough renewable energy to cover 57% of energy production.

Other efforts include plans to eventually reduce waste from data centers to landfills. At the moment, only six facilities have achieved this.

The full report includes a number of other spotlights and more in-depth data.