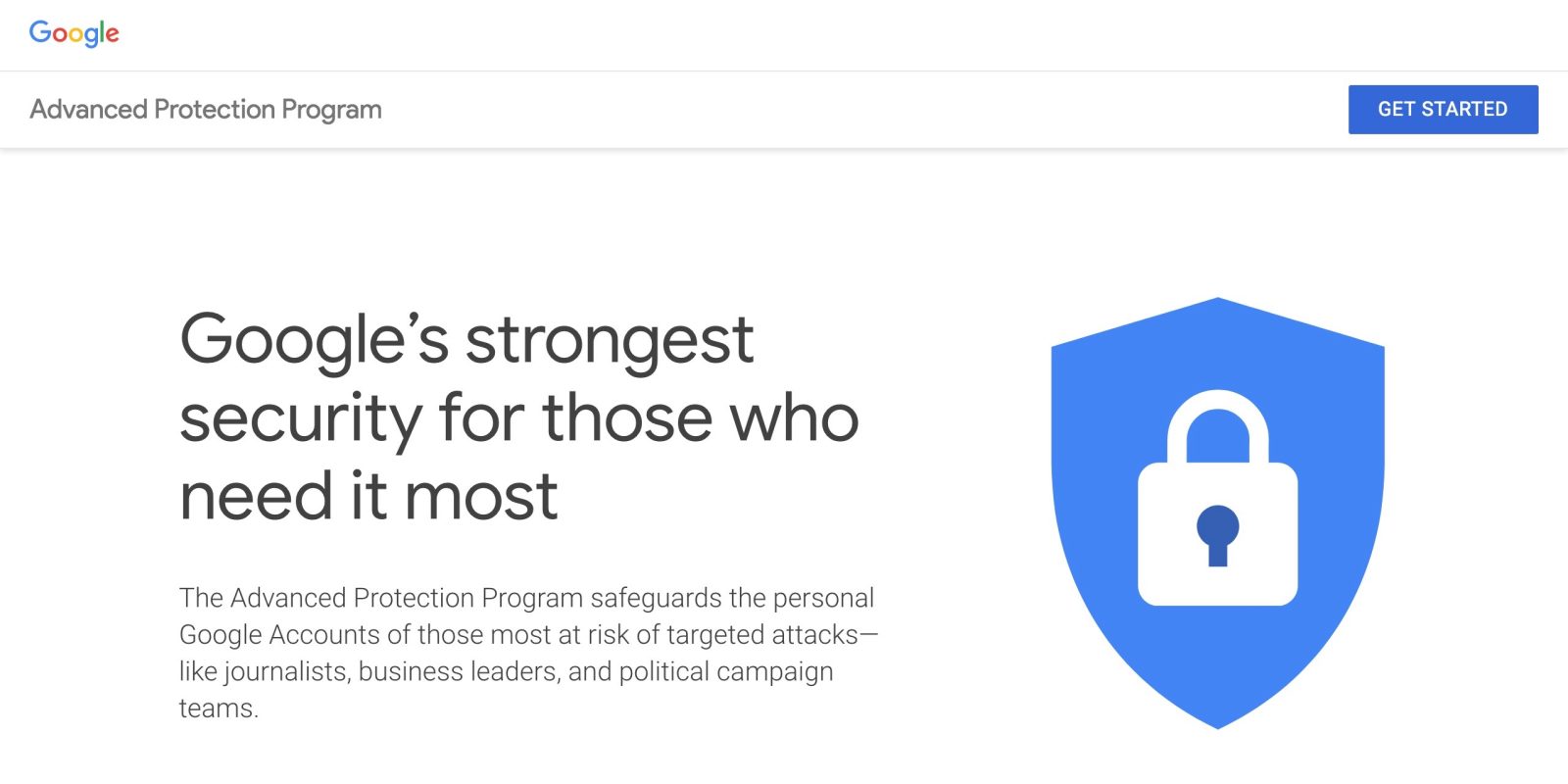 As rumored late last month, Google today announced its “Advanced Protection Program” to protect personal Google Accounts of “those most at risk of targeted attacks—like journalists, business leaders, and political campaign teams.” The central defense is a physical Security Key that replaces other forms of two-factor authentication (2FA).

Considering the Advanced Protection Program an “unusual step,” it is intended for the overlooked minority of users who are at particularly high risk of targeted online attacks:

For example, these might be campaign staffers preparing for an upcoming election, journalists who need to protect the confidentiality of their sources, or people in abusive relationships seeking safety. Sometimes even the most careful and security-minded users are successfully attacked through phishing scams, especially if those phishing scams were individually targeted at the user in question.

Google notes that the Advanced Protection Program isn’t for everyone, with the company recognizing that users will be trading “a bit of convenience for more protection of their personal Google Accounts.”

At the moment, Google’s “strongest security” is composed of three aspects:

Google will add more security measures in the future, with those in the Advanced Protection Program being the first to receive new features:

The program is open to anybody with a personal Google Account, though users will need to have a Physical Key, as well as Chrome for sign-up. Meanwhile, G Suite accounts already have “comparable protections.”