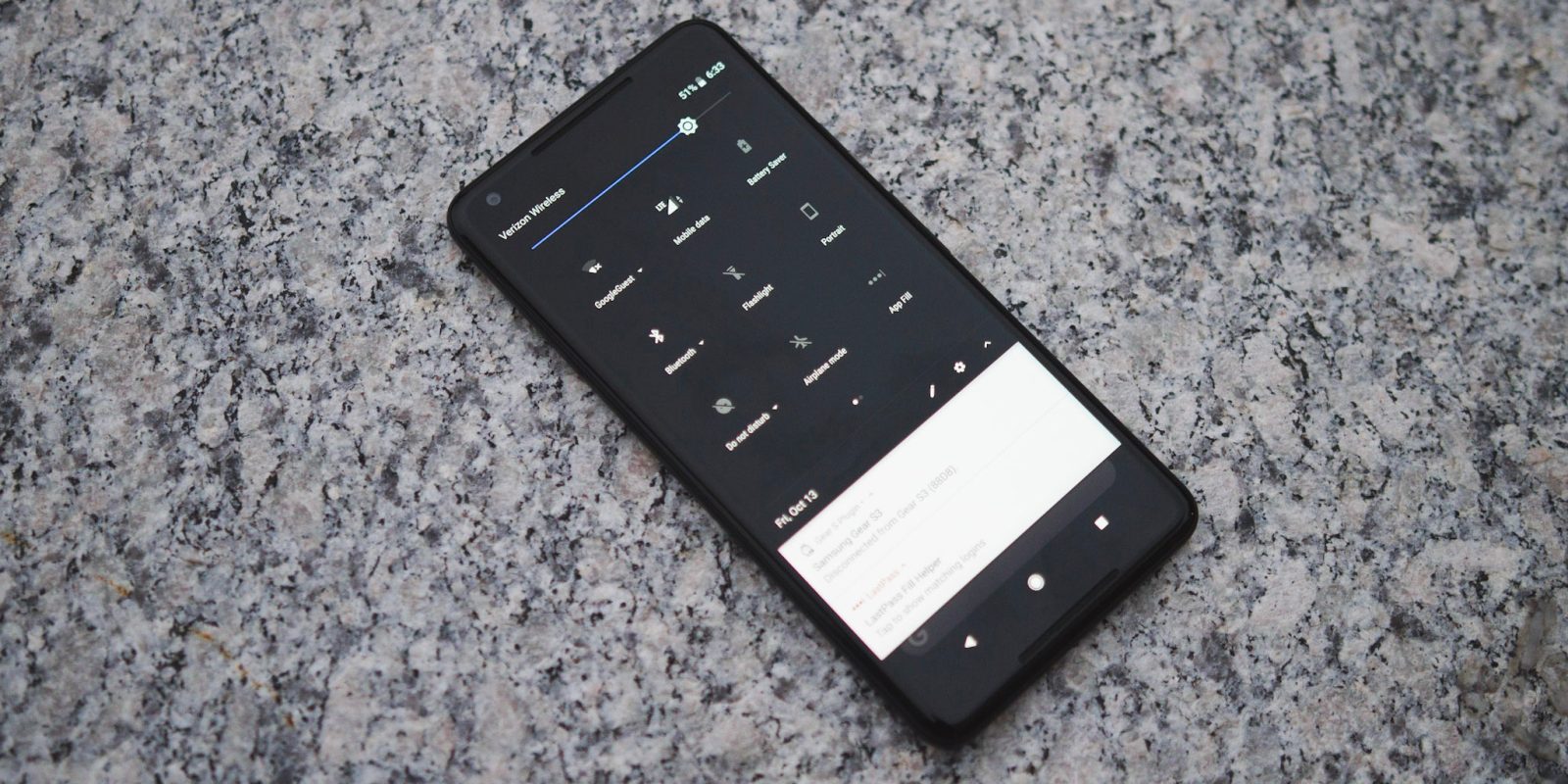 Theming is an Android feature many have wanted for a very long time, but outside of OEM customizations and clever developers, it hasn’t really arrived. Oreo has added some capabilities for this in the background, and Google is actually taking advantage of it on the Pixel 2 — sort of.

Out of the box, the Pixel 2’s wallpaper is a gorgeous beach with moving waves, and the UI stays white based on the image. One thing you may notice immediately, though, is the fact that there are a lot of transparent elements at play.

If you switch your wallpaper to another lighter color, things don’t change much, but if you switch to one that is primarily dark, Android makes some pretty major changes.

First and foremost, the app drawer switches from white to black. That’s a pretty easy change to make, but Google’s theming work doesn’t stop there. The notification tray and quick settings (note, not the notifications themselves) swap to a black UI with white text. Further, the volume indicators and refreshed power menu get the makeover.

It would have been nice to see this go system-wide or make it fully customizable by the user, but this is a great first step towards that functionality. Fingers crossed that ends up coming in a future update. 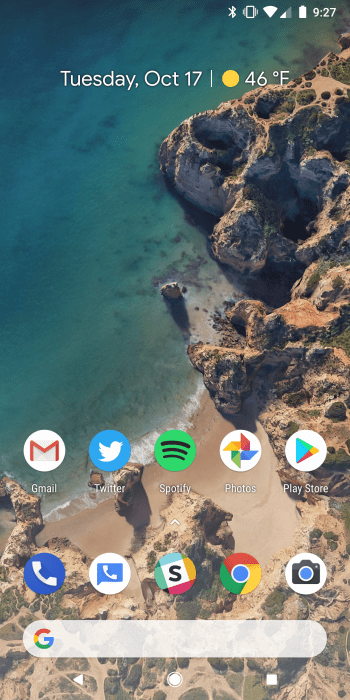 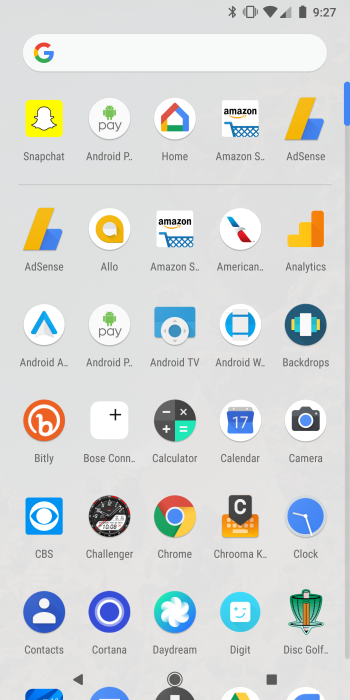 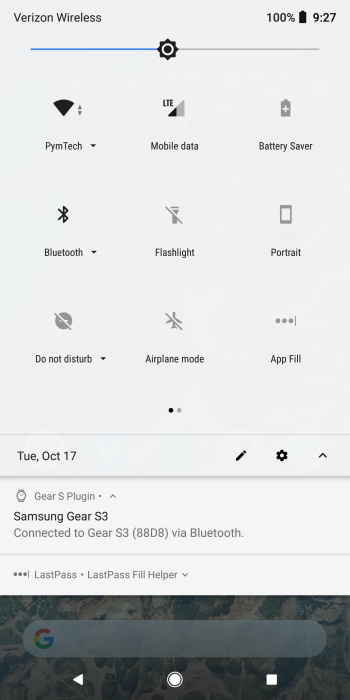 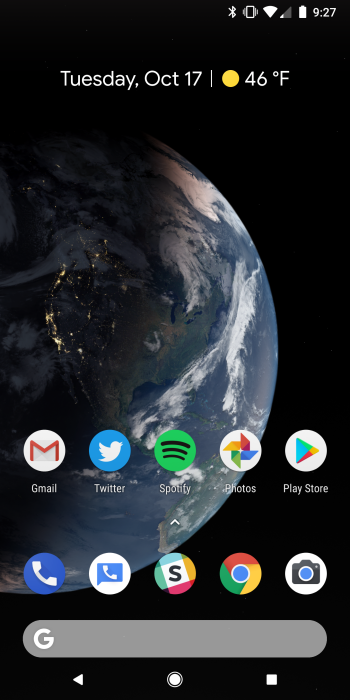 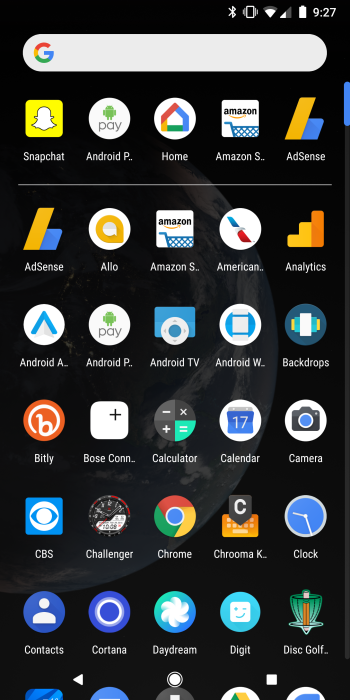 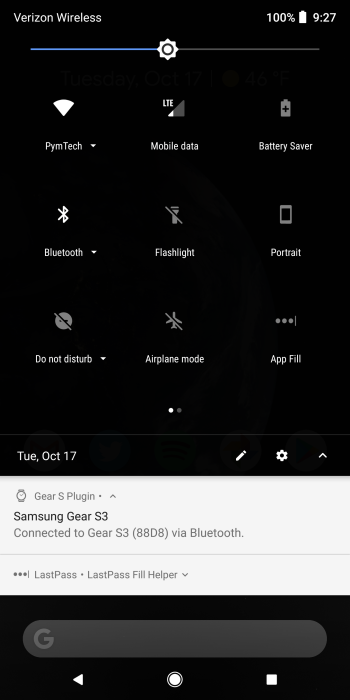