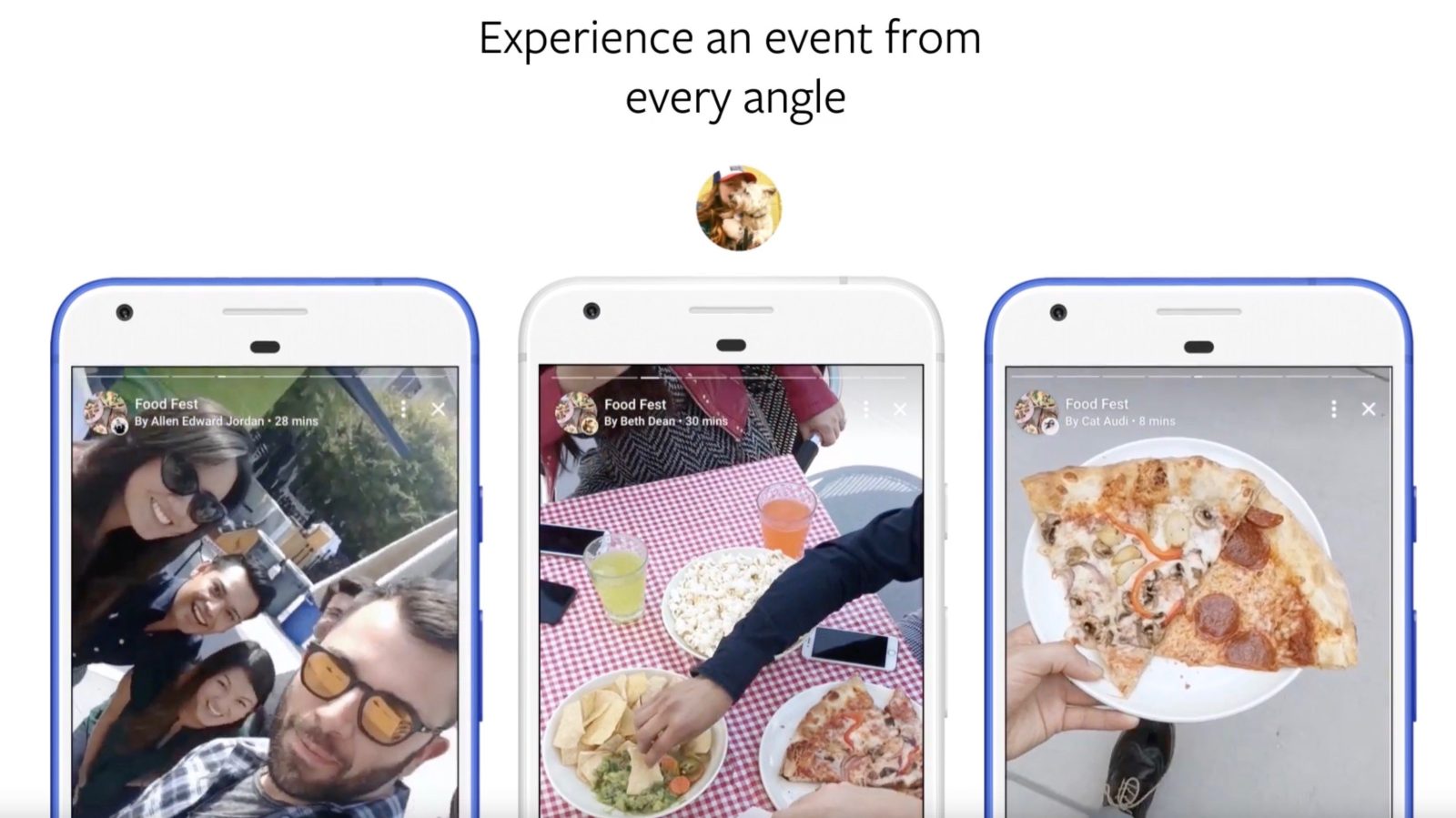 As it continues to try to grow its Snapchat competitor, Facebook today announced that it is launching support for Stories in Groups and Events. With this new feature, members of a specific Facebook Group or Event will be able to contribute to a Story that’s visible to the rest of the members…

As reported by TechCrunch, this feature comes as Facebook looks to draw more users to its Stories platforms. While Instagram’s Stories feature is doing quite well, Facebook’s has struggled to attract users.

Support for Facebook Stories in Groups and Events means that users can contribute relevant content in the form of videos and images, with the Story being moderated by the Group/Event administrators. For instance, an Event page for a wedding could house a Story with pictures and videos from the wedding as the day progresses:

Facebook product manager Connor Hayes tells me the features “Give multiple people the opportunity to tell a Story from multiple different angles.” People will see Stories on their Event and Group pages, as well as atop their News Feed.

Check out support for Stories in Events and Groups in Facebook’s video below:

Facebook also announced today that it’s replacing its Messenger Day feature with Facebook Stories, allowing for cross posts between Messenger and the normal Facebook application. The company says this will make it easier for users to share content across both services, while also noting that some people were already under the impression that stories posted to Messenger were also posted to Facebook.

Facebook is available on the Play Store, though this feature still appears to be rolling out so it may take a bit to hit your account.