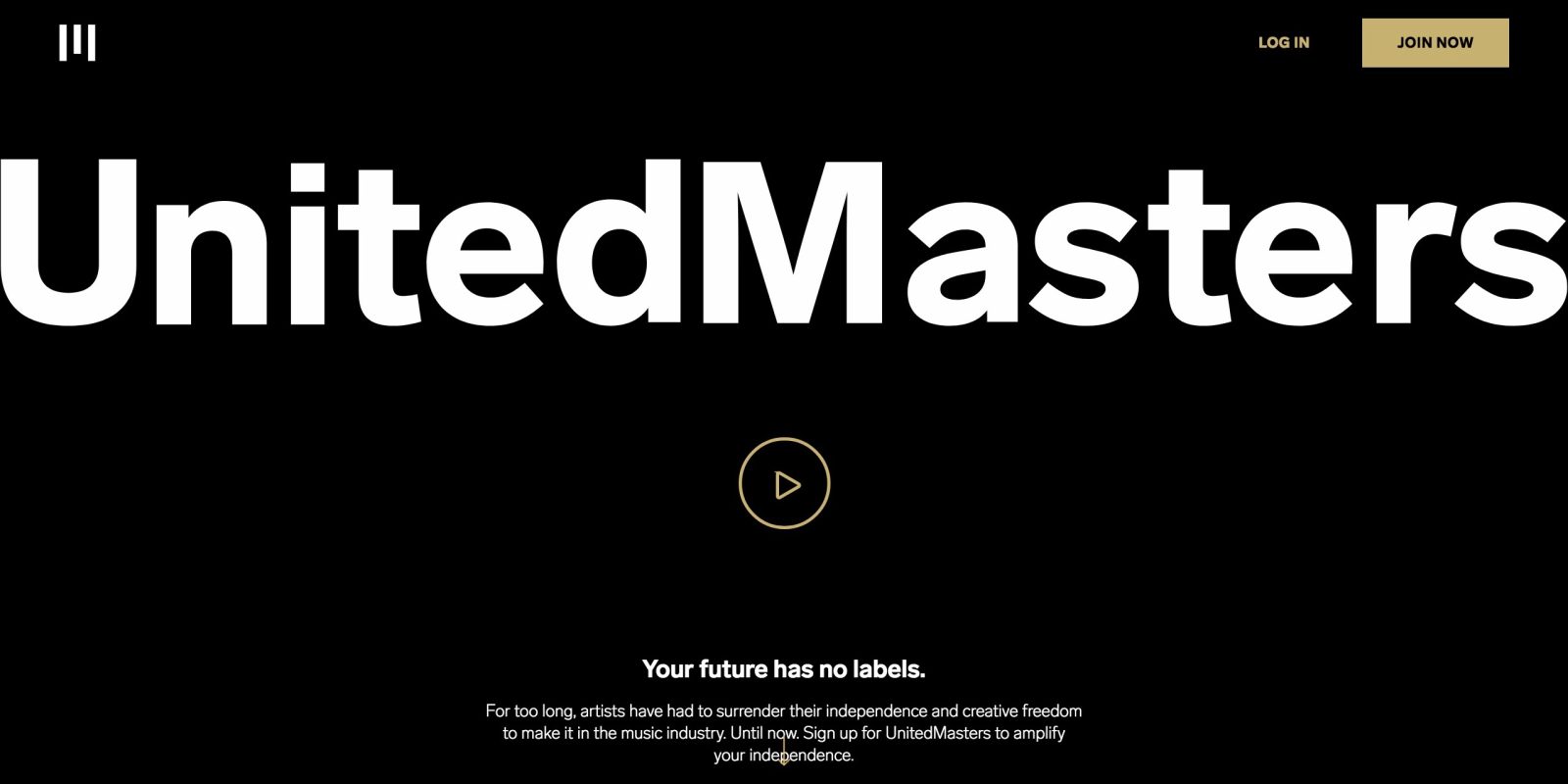 UnitedMasters is a new music label attempting to disrupt the record industry with artist-friendly contracts and data-driven services. Exiting stealth today, it has some unique features and terms that benefit artists, with investment backing from Alphabet.

Founded by former Interscope Records president Steve Stoute (via TechCrunch), UnitedMasters heavily leans into technology and data. The central problem they are trying to address is the inability of musicians to keep track of their biggest fans. This is important as they are the most likely to buy concert tickets and other merchandize.

For a “competitive rate,” artists pay UnitedMasters to distribute their music across various internet services like YouTube, SoundCloud, and Spotify. Royalty is split with musicians retaining the rights to the master copy, while the label collects analytics to identify those top listeners to target through ads.

Musicians have access to info like why they are liked by fans, as well as tips on how to grow audiences. Meanwhile, there is an editorial creative team that will promote the “most promising artists.” Partners will also receive financial, marketing, and distribution support.

Besides the novel concept, UnitedMasters has major interest from Alphabet, including Larry Page personally. TechCrunch notes that the Google co-founder “pushed” Alphabet to lead last year’s $70 million Series A funding round, along with 20th Century Fox and venture firm Andreessen Horowitz.

Page, who is a drummer, worked with Alphabet SVP and corporate development lead at Google David Drummond “to invest all the cashed UnitedMasters needed.”

Given Google’s ad prowess, it’s unsurprising that the Alphabet CEO sees an oppurtunity to bring similar tech over to the music industry.